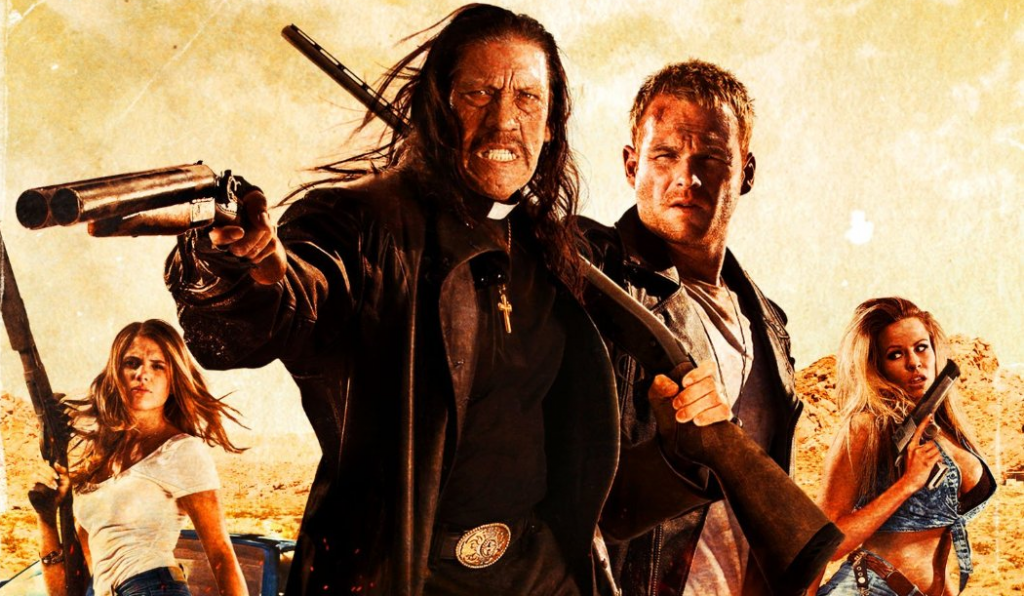 Danny Trejo is certainly a hard working man – shortly after the release of Machete Kills this Friday, he’ll be hitting the small screen with Zombie Hunter. We have all the details below.

Set in a post-apocalyptic Zombie wasteland caused by the mysterious street drug “Natas”. We follow one man who runs down Flesh Eaters, hunting for sport and redemption, while also running from his past. After crashing into a small group of survivors, who are running low on resources, he decides to lend a hand. But a surprise attack by the Flesh Eaters forces them on the run and puts the Hunter’s skills to the test.

Zombie Hunter looks like enjoyably gory B-Movie fare – after all, let’s face it, who doesn’t want to see Danny Trejo battle hordes of zombies in slow-motion? Director K. King appears to be going for a Machete/Planet Terror grindhouse throwback feel – so we’re intrigued to see how that will turn out. The marketing team has certainly got it right with the stylish poster.

Zombie Hunter hits shelves on the 21st of October. We’ll have our review up in the coming weeks.