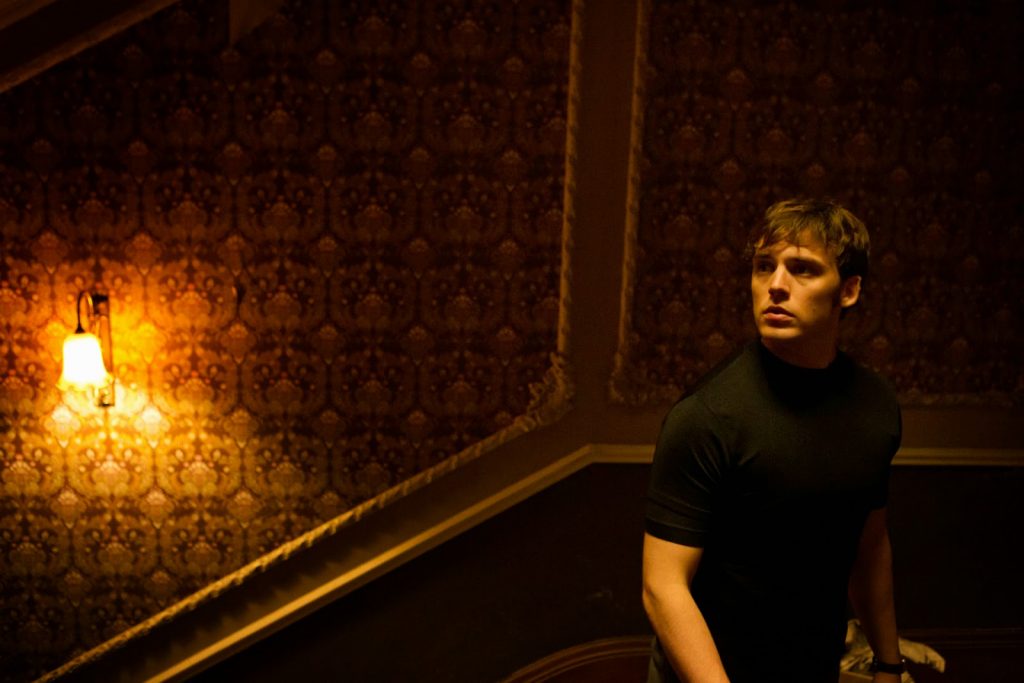 Ripe with slow-burning chills, The Quiet Ones harks back to the glory days of Hammer Films’ psychological-horrors – and marks an exciting new chapter in the rejuvenated production company’s new timeline.

Jared Harris stars as an Oxford based Professor Coupland, who alongside several students, attempts to prove his theory that poltergeist activity is little more than negatively channelled human energy. Test-patient Jane Harper (Olivia Cooke) is used in an attempt to meet Coupland’s hypothesis, however, several incidents of unexplainable behaviour start testing the laws of science and forcing the group to confront the supernatural.

Writer-director John Pogue presents us with a classic tale of science versus the supernatural that feels like a welcome throwback to the quintessential days of seventies horror. Despite this there is a perfect stylistic balance between the old and new. We are given a contemporary edge through the use of handheld camera style (a trope that Pogue fortunately knows not to overuse) that helps deliver an uncomfortable closeness between us and the supernatural proceedings. There is a welcome sense of freshness gained through the British period setting – the Gothic seventies decor, the dated technology, and the nostalgic score – all of which hark back to some of Hammer’s most chilling psychological features like Fear in the Night (sadly there is no Joan Collins here) and Demons of the Mind – and helps The Quiet Ones to assert itself in a word of sleek, glossy and modern horror.

Pogue’s screenplay is packed with uncomfortable questions that continually challenge us as viewers – these range from mysteries about Jane’s past to suspicion over Professor Coupland’s own motives. Whilst the science versus the supernatural angle can hardly be dubbed original, The Quiet Ones makes these work through its period setting (just as 2013’s The Conjuring did). The occult elements of the screenplay are gradually unveiled through tense séance sequences and crashing bumps in the night – subtle scares which slowly build to a spine-tingling occult conclusion that would make even the late Dennis Wheatley wince. This is unlikely to do much for fans of blood and guts horror, but for patient viewers who like their scares unsettling The Quiet Ones gets things spot on.

Jared Harris is a true force to be reckoned with – an actor that brings an inviting charisma subtly layered with a suspicious, darker edge to the role of Coupland. Harris has the gravitas and edge of the great Hammer leading men like Christopher Lee and Peter Cushing – let us hope he becomes a regular face within the company, just as the aforementioned stars were. Other cast members impress with their respective roles: Sam Claflin shines as the camera-man pushed from his comfort zone, whilst Cooke packs the traditional possessed girl role with an engaging humanity. Viewers may also need to double-take when seeing Erin Richards (who plays one of Coupland’s students) – a star with the classic sex appeal of former Hammer ladies Madeleine Smith, Ingrid Pitt and Ursula Andress.

The slow-burning, lingering chills of The Quiet Ones result in a watch that impresses and unsettles in equal measure. There is a welcome fondness and nostalgia for Hammer’s rich history, in this, a film that reminds us you do not always need blood and guts to give viewers a good scare.