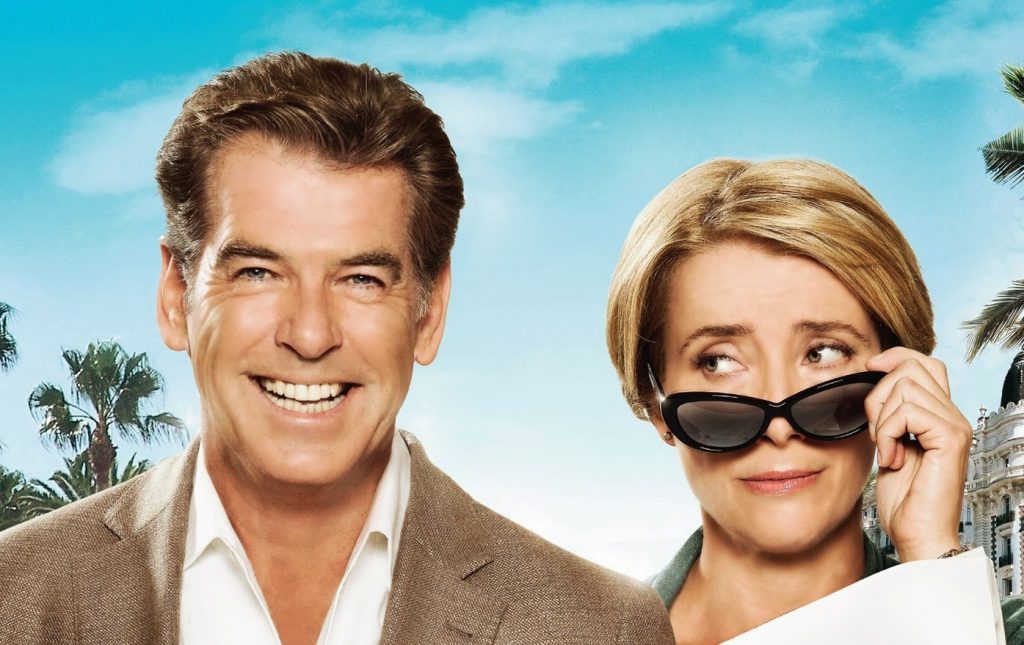 Pierce Brosnan’s post-007 days have seem him stray as far away from the iconic character as possible. He’s been a centaur, a suicidal television presenter and tried to sing ABBA tracks – and now heads further afield in The Love Punch – a comedic caper co-starring Emma Thompson.

Directed by Last Chance Harvey’s Joel Hopkins, The Love Punch follows divorced-couple Richard (Brosnan) and Kate (Thompson) as they continually struggle to adapt to single life. The pair are thrust back together after Richard’s company is run dry by a corrupt Parisian businessman, leaving Richard and Kate with no choice but to head across the English Channel to take revenge – in the form of an elaborate diamond theft.

Filled with constant cheeky charm, The Love Punch is reminiscent of the classic British comedies of the 1960s and 70s (a la the Carry On and Doctor… series) – which appear to be something of a rarity these days. The humour is refreshingly silly and light-hearted, the locations glamorous and the cast completely in on the joke. Hopkins has crafted an effortless, breezy watch that allows viewers to sink into the charming Riveria setting whilst supplying us with limitless supplies of light screwball humour and modestly amusing set pieces.

The Love Punch never falls into the trap of becoming woozingly sentimental, the narrative is presented with proceedings always staying firmly tongue-in-cheek. Hopkins amusingly explores dating for the over-50s as seen through Kate’s awkward encounters with an oddball tennis-coach and Richard’s attempts to keep track of his 30 year junior lover.

This tongue-in-cheek style continues into the set-pieces with the car chases taking place in tiny French rental, where the ridiculousness of the situation is highlighted by a soft-rock soundtrack featuring the likes of Free. The concept of unlikely Brits being taken from their comfort zone and transported into the world of international crime provides many well-utilised opportunities for laughs. Neighbours and best-friends Penelope (Celia Imrie) and Jerry (Timothy Spall) join the caper and further add to these further comic proceedings.

Brosnan and Thompson are continuously charming throughout – with the pair having an unforced and gently amusing chemistry. The will-they won’t-they get back together angle is somewhat predictable, but both actors ensure that we are invested in their relationship and want them to get back together. Imrie and Spall’s comic talents are also on full-display here with highlights including Penelope accidentally shooting a stationary wine-barrel and screaming “Freeze you mother f*ckers!” in a busy restaurant – and the two eccentric Brits walking slow-motion through an airport set to heavy rap music.

The Love Punch is a sweepingly silly caper that is packed with a warming British charm and nostalgia. Brosnan and Thompson make a tremendously watchable double-act and ensure proceedings are continuously fun and watchable throughout.