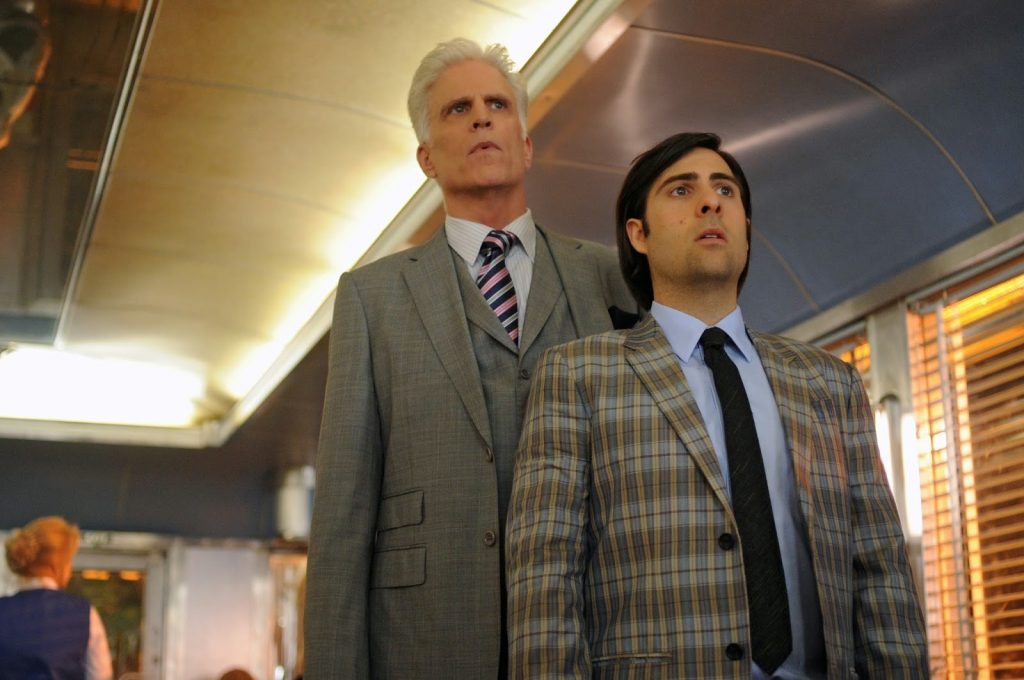 The ever-increasing popularity of media streaming is changing the way we view television and the shows we watch. Programmes that may not have had a fair chance on network television (whether down to graveyard time slots or a lack of promotion) are finding new digital homes on the likes of Netflix and Yahoo – see Arrested Development, The Killing and Community. Even networks are reviving some of their previously cancelled shows – most recently seen in HBO’s decision to revive its forgotten masterpiece The Comeback.

We have racked our brains for the fifteen series that we would love to see revived whether via streaming or on television. 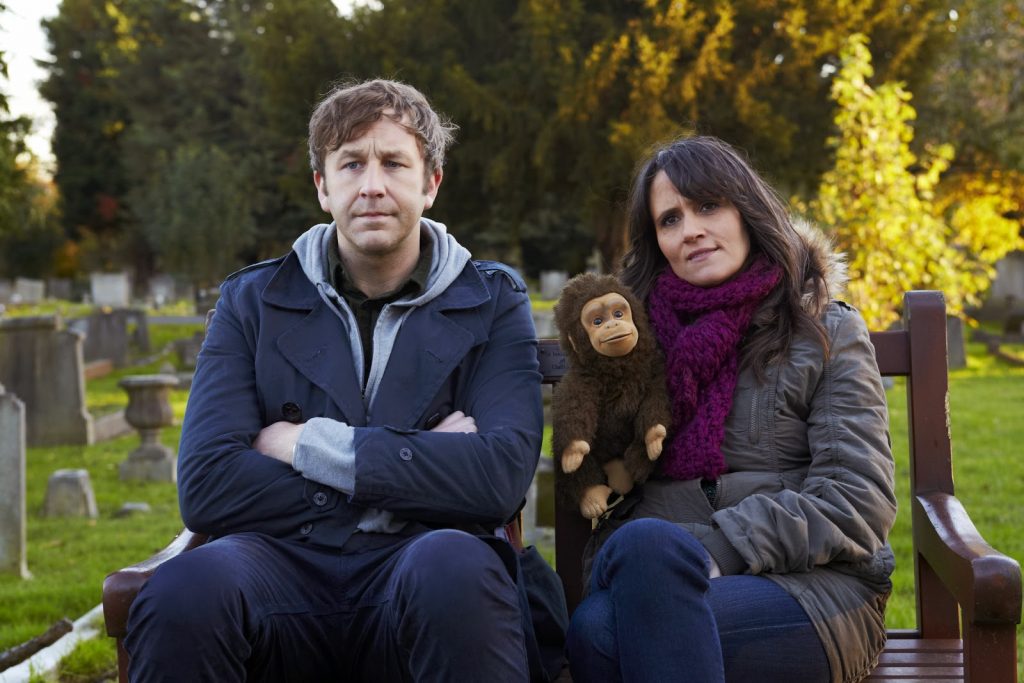 As the slow-burning comic brainchild of Christopher Guest, Family Tree was an utter charm-filled delight. With a pitch-perfect lead turn from Chris O’Dowd, Guest’s series had the ability to go from moments of tender emotional drama to full on belly laughs. Plus, any show which gives a starring role to ventriloquist-actress Nina Conti and her foul-mouthed Monkey is a winner in our book. 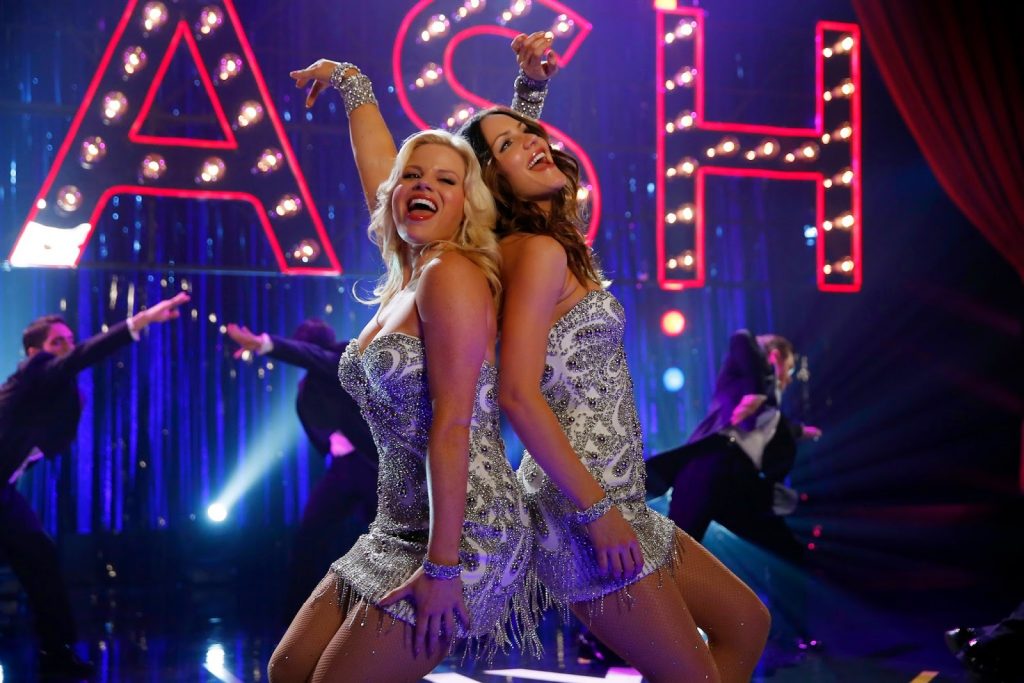 Comparisons to Glee were not completely unjustified (both series featured a multitude of show-stopping musical numbers), but Smash was a bustling, energetic entity of its own. Theresa Rebeck’s show combined the glamorous aesthetic of Broadway with its backstage bitching and politics, all set to memorable and stunningly choreographed musical numbers. Sadly the show was axed after its second series cutting short its wealth of potential.

Dubbed a modern version of Dynasty, 2008 series Dirty Sexy Money chronicled the lives of the Darlings – one of the USA’s most wealthy and scandal-prone families. With no shortage of big names, the series was headed by Donald Sutherland and boasted an all-star cast including Peter Krause, William Baldwin and the late Jill Clayburgh. 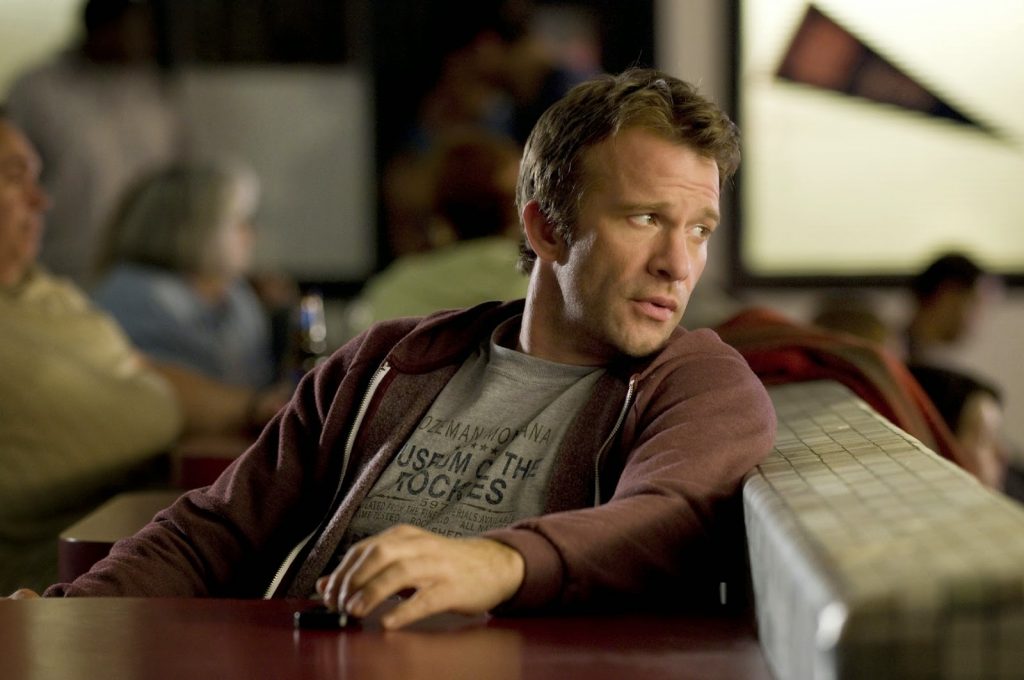 In equal parts sweet and explicit, Dmitry Lipkin (The Riches) and Colette Burson’s HBO series Hung followed the life of a male prostitute played by Thomas Jane. There was more to Hung than the odd phallic gag (although there was plenty of that too) with the effortlessly well-written show presenting heartfelt family drama and twists on gender dynamics (the unconventional pimp figure of the series takes the form of the wonderful Jane Adams) alongside its racier content. 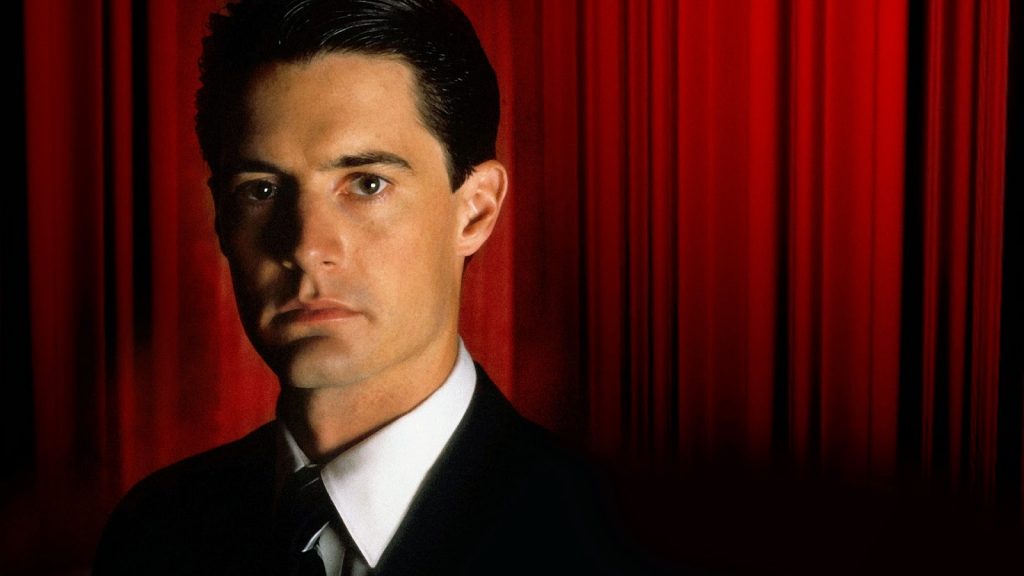 The near twenty-three year old void that Twin Peaks left when cancelled in 1991 may be filled by the upcoming Wayward Pines – but it is hard to imagine the obscure charm of David Lynch’s original series being replicated. With occasional rumours of renewal there may be a glimmer of hope that one day we might see a return to Twin Peaks and a reunion with Special Agent Dale Cooper. Lynch’s struggle to get his latest cinematic projects funded might be enough to tempt him back into the world of television if the offer was good enough. 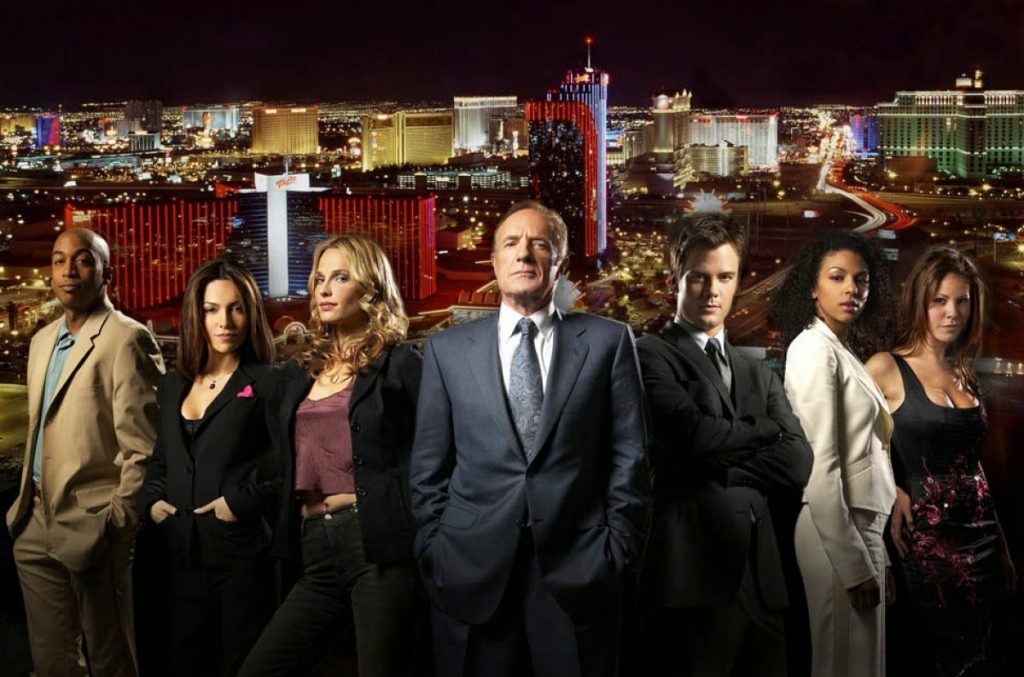 Before Josh Duhamel became a regular on the romantic-comedy circuit, the actor made his name in NBC series Las Vegas. Starring alongside James Caan (who would be replaced by Tom Selleck in the show’s fifth and final season), Las Vegas followed the workings of a hotel-casino security team. Whilst the show’s production values may have been on the cheaper side it remained an easy watch and likeable guilty pleasure.

Sarah Michelle Gellar’s first post-Buffy television project fell short of many fan’s expectations – however, we found it a campy delight. In Ringer, the actress played the roles of Siobhan (a wealthy sociality) and Bridget (a woman on the run from a mysterious killer) – you can imagine the preposterously entertaining plot twists and cliffhangers that came with this territory. With Gellar’s latest series The Crazy Ones also cancelled a return to Ringer may be an interesting move. 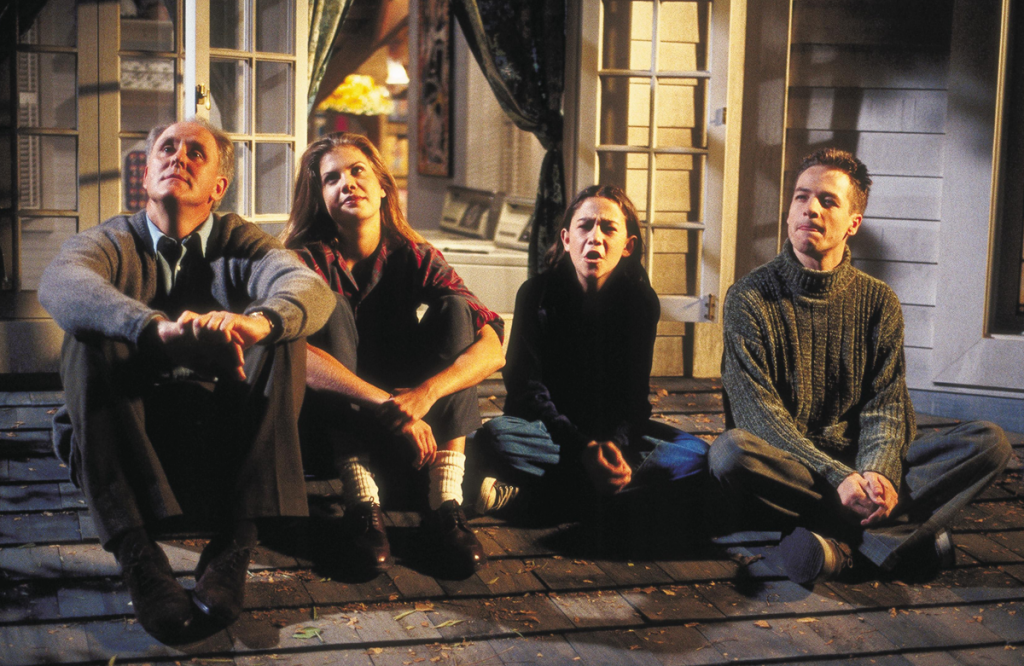 Lasting a strong six seasons NBC’s 3rd Rock from the Sun was cancelled in 2001. This sitcom focussed on aliens posing as humans on earth and combined fish-out-of-water gags with a wonderfully over-the-top lead turn from John Lithgow (not to mention scene-stealing supporting performances from Joseph Gordon-Levitt, French Stewart, Jane Curtin, Wayne Knight and Kristen Johnston). The show had enough of a mainstream following to justify a comeback and the skyrocketed profile of young star Joseph Gordon-Levitt would surely be a bonus (if he chose to return). 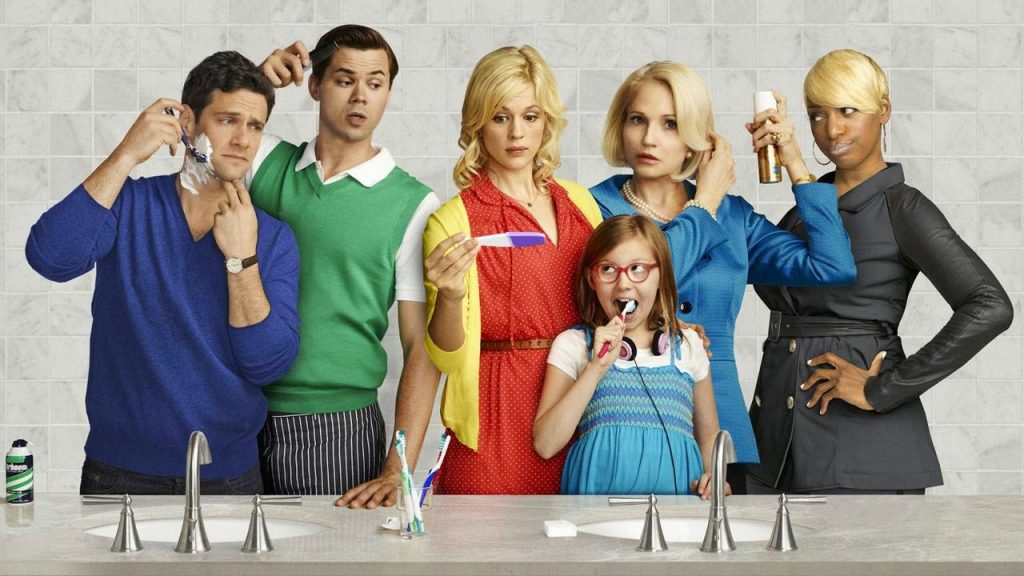 Like Modern Family, this Ryan Murphy produced sitcom was one of the first mainstream comedies to deal with gay fatherhood but unlike the aforementioned show could not find an audience. Justin Bartha and Andrew Rannells played a couple who hire a surrogate to deliver their baby – at the disgust of her right-wing mother (Ellen Barkin). The gags were clever (where else would you see an eight-year old girl impersonate Little Edie from Grey Gardens?) and there was plenty of heart and warmth to be found. Perhaps The New Normal is still fresh enough to make a comeback? 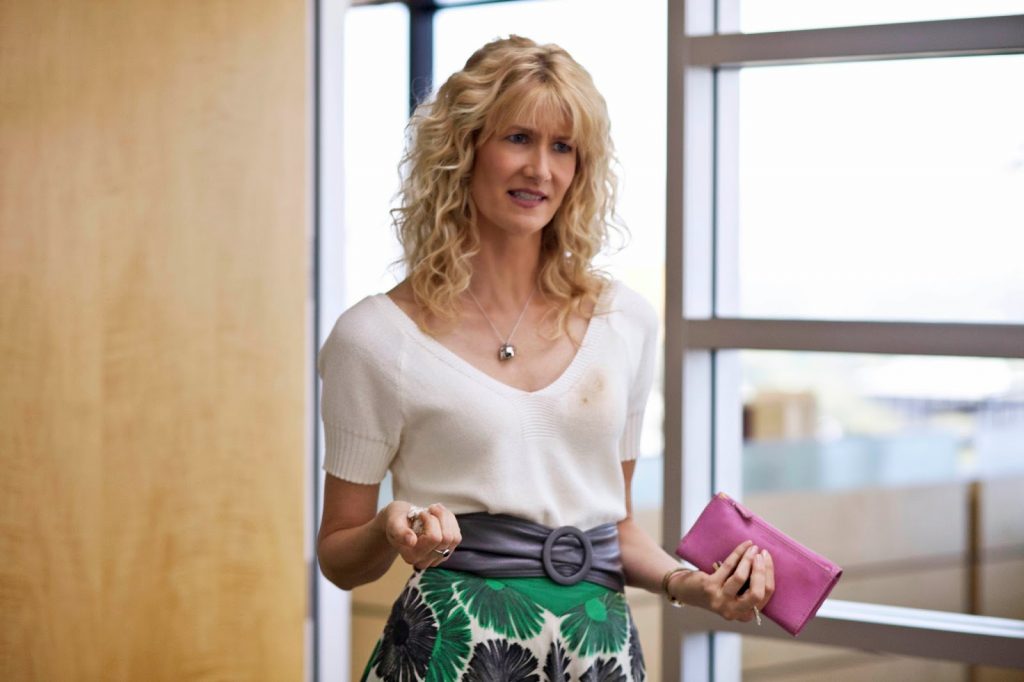 Laura Dern and Mike White created and starred in this tale of a self-destructive office worker who has a spiritual awakening after a nervous breakdown. Effortlessly inspiring, Enlightened showcases a woman attempting to fight for social change yet is held back by the constraints of nine-to-five life. Dern is magnificent in this darkly comic drama that manages to be truly beautiful and humane, yet also curiously amusing viewing. 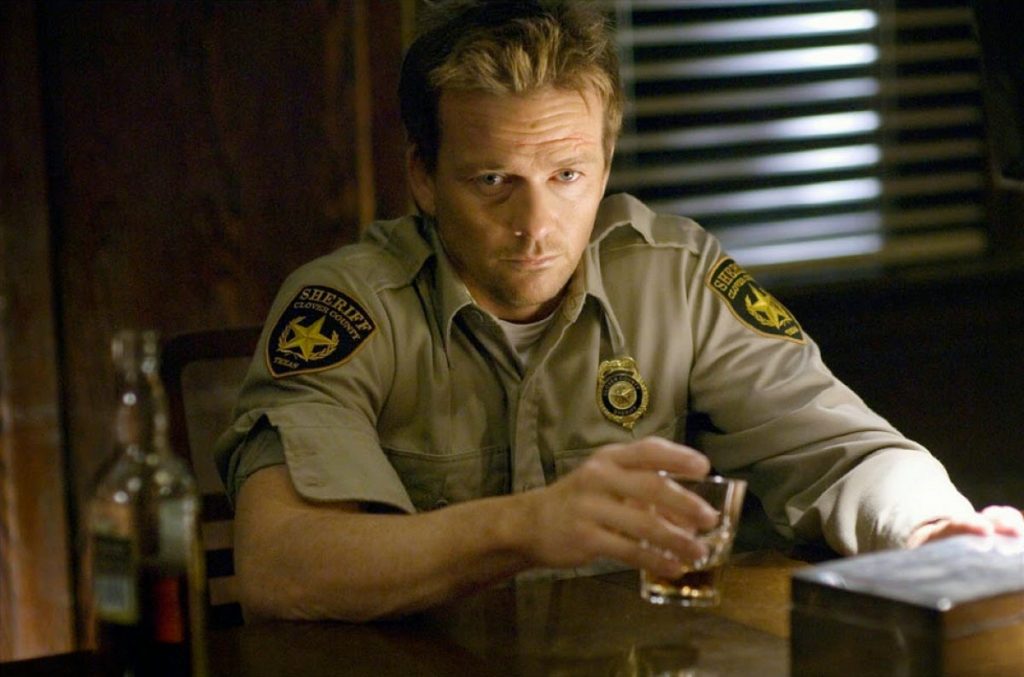 Taking its lead from horror anthologies like Tales from the Crypt, Masters of Horror had a simple concept: take the most prolific directors working in the horror genre and give them free-rein over an hour long story. Tobe Hooper, John Carpenter, Dario Argento, John Landis, Joe Dante and Mick Garris were a few of the big names to helm stories which pushed boundaries of horror on television. Its network, Showtime, never opted for a third season and the series was reborn into the tame, unsatisfying Fear Itself which was cancelled even before completing its thirteen episode run. 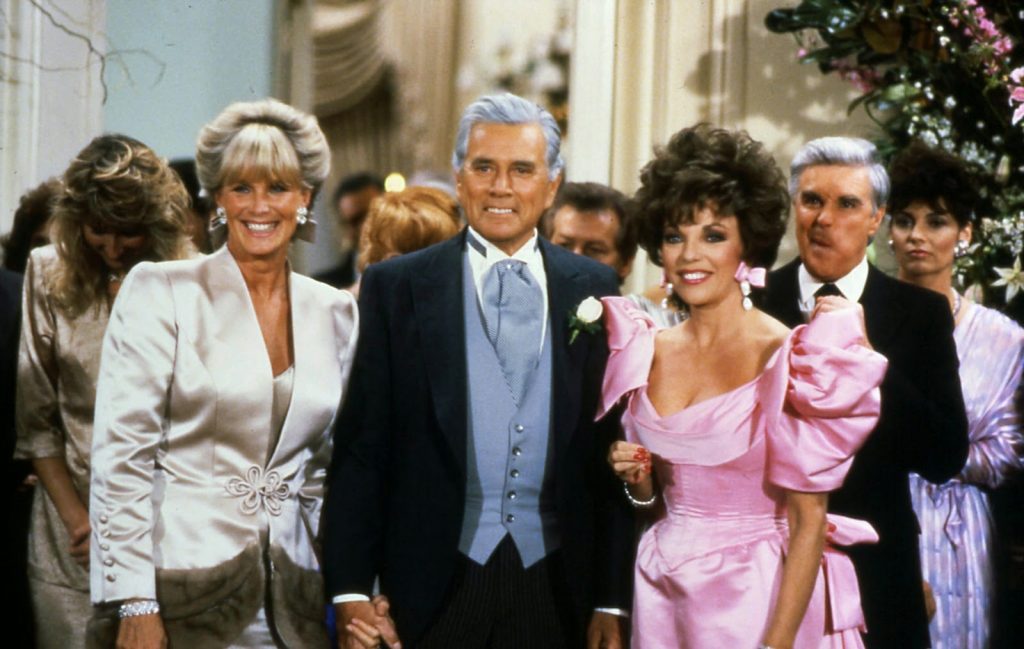 The return of Dallas on TNT has proved that classic soap operas can survive in the 21st century with the help of increased glamour and sex-appeal (see Josh Henderson). After several rumblings over the years, a return for Dallas’s biggest rival Dynasty has never come to fruition – despite continued demand from countless fans and the show’s original stars Joan Collins, Linda Evans and Stephanie Beacham. Of course the late John Forsythe would be irreplaceable – but fortunately the show has a wealth of iconic characters to revisit. The late-night soap opera would surely be hit whether returning to primetime television or to a streaming service. 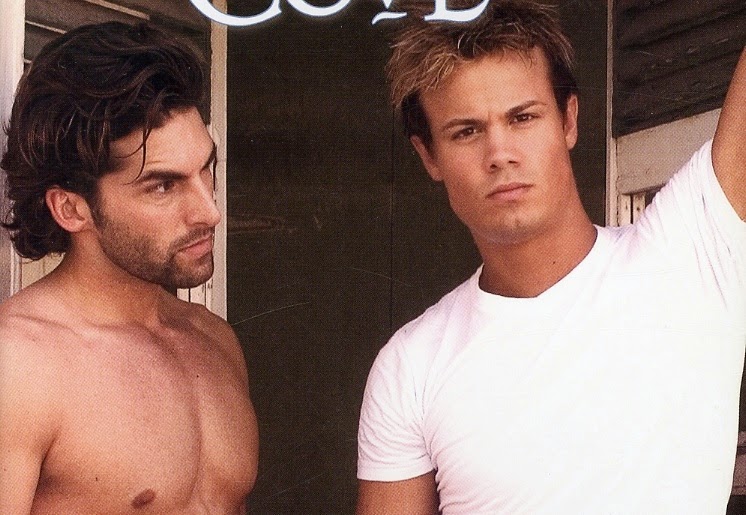 Logo’s LGBT supernatural-soap opera Dante’s Cove lasted a short twelve episodes (albeit three seasons) – yet went on to become a must-watch guilty pleasure worldwide thanks to a widespread DVD following. Loaded with blatant homoeroticism and dark Gothic camp, Dante’s Cove followed two young lovers continuously separated by dark supernatural forces operating on a secluded island. Packed to the brim with shirtless studs and campy witches (lead by The Colby’s magnificent Tracey Scoggins), Dante’s Cove was an explicit yet continuously entertaining must see. Fans have been crying out for a fourth season since 2007.

Starz’s Party Down was cancelled after two seasons but did leave us twenty episodes of televisual perfection. The show followed a group of Los Angeles based caterers (lead by a pre-Parks and Rec Adam Scott) each attempting to fulfil (or escape) their Hollywood dreams. With sharp writing and loveable characters Party Down would be quick to make new fans (with the help of added exposure) and please existing fans if it were brought back.

HBO’s film-noir inspired comedy Bored to Death starred Jason Schwartzman as a struggling novelist turned private eye with Ted Danson and Zach Galifianakis as his supportive best-friends. Written by Jonathan Ames, Bored to Death features some of the most well-written comic characters and effortlessly amusing situations which blend noir with high-comedy. The show lasted three seasons and is rumoured to be making a return as a television movie, however, there is far more than ninety minutes worth of fun to be had with Ames’s rich, deliciously entertaining series.

Let us know what you would like to see return in the comments section below.