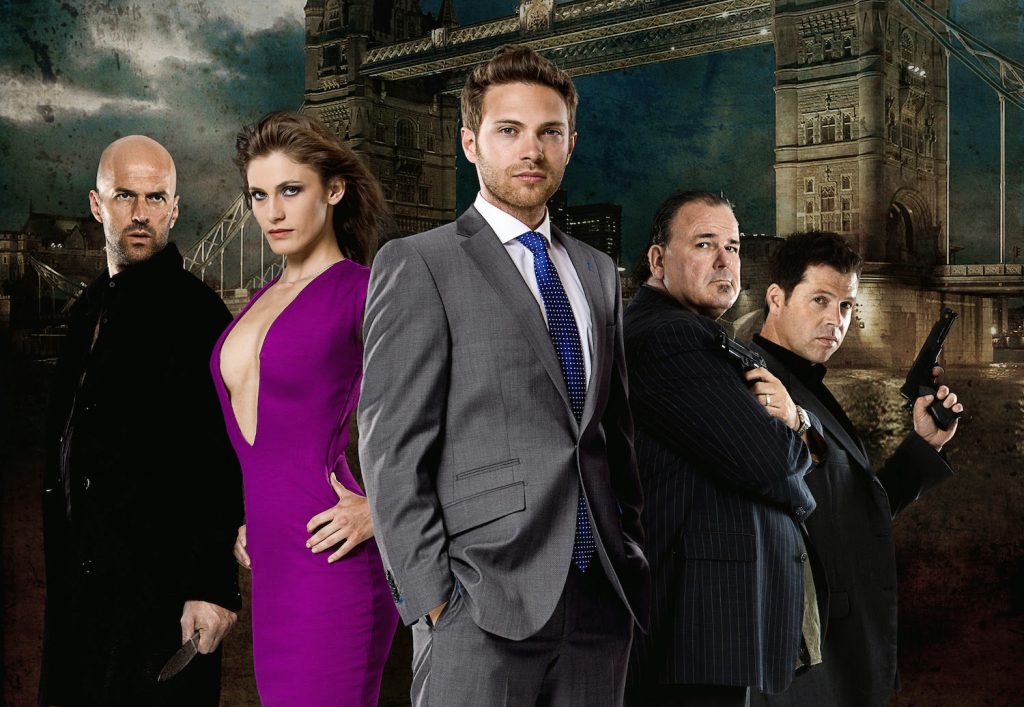 The British straight-to-DVD market is weighed down with plenty of cheap UK gangster flicks, so the thought of another might fill you with apathy. However, the recently-released The Smoke is a refreshing surprise – bringing some variety to the usual genre trappings.

Matt Di Angelo (BBC’s Hustle, Borgia) stars as Brad, a young city lawyer who finds himself fired from his job and left by his girlfriend on the same day. After drowning his sorrows, Brad decides to leg it with £400k in cash and a sports car belonging to two drug dealers – inadvertently starting a cat-and-mouse chase.

We say The Smoke is refreshing as it keeps its tongue planted firmly in its cheek, with its tone always remaining surprisingly light. There’s fun to be had in Darren Ripley and Stephen Marcus’s bumbling drug-dealers, whilst other laughs come from a terrifically hammy Alan Ford. Whilst much of this humour may be leaning towards cringe-worthy than genuinely amusing (see a stripper-themed intro and the occasional sex-toy gag) – we admire director Ben Pickering and screenwriter Darren Ripley for attempting something fresh and outside the norm.

Instead of the usual gang-war structure of the genre, The Smoke presents an outsider (in this case, a rookie city lawyer) getting dragged into the gangster shenanigans – putting an inventive spin on the narrative. Watching the clean-cut city boy thrust into London’s criminal underworld and subsequently hunted down by the gangsters he crossed makes for a tense, high-octane premise. With some modestly entertaining set-pieces and slick, energetic direction from Pickering – The Smoke always remains an engaging, likeable watch.

The Smoke puts some entertaining twists on the usual Brit-gangster clichés and has a lot of fun doing so. A charming lead-turn from Di Angelo and slick, tense direction from Pickering puts The Smoke well above the usual genre-fare.