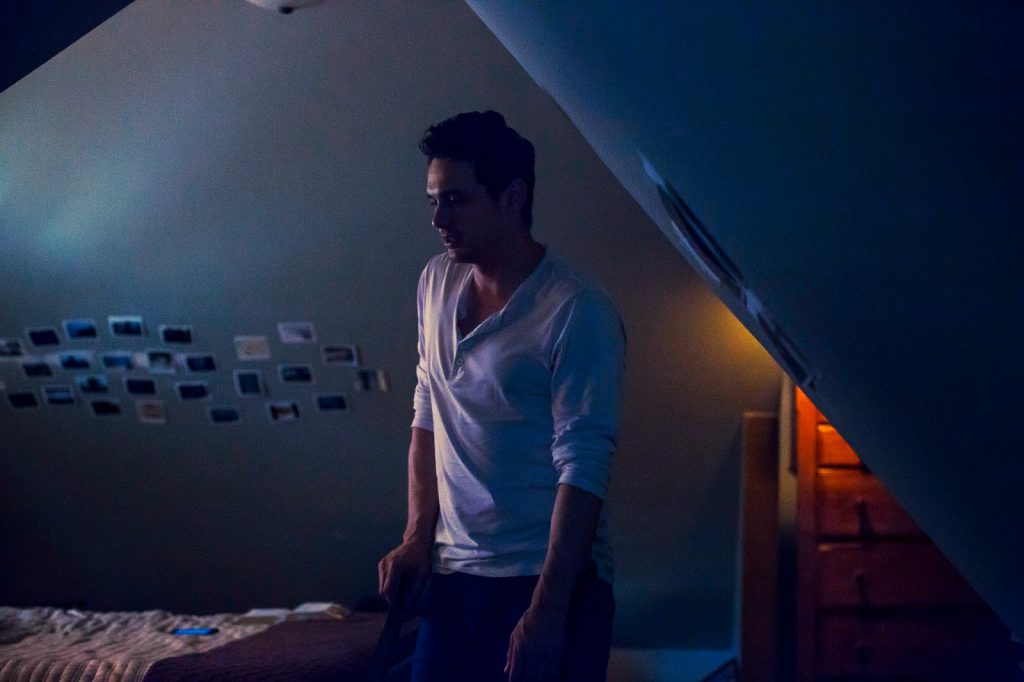 The first of two James Franco Sundance debuts this year is the Gus Van Sant executive-produced I Am Michael. Based on Benoit Denizet-Lewis’ New York Times article “My Ex-Gay Friend”, Justin Kelly’s film is rich in character, but lacks an energy of its own.

I Am Michael chronicles gay right activist and magazine editor Michael Glatze’s bizarre transformation from a proud, openly-gay man to a devout Christian pastor who renounces his homosexuality.

Justin Kelly and Stacy Miller’s screenplay takes a slow-burning approach with an emphasis on rich character development that attempts to give us an insight into who Michael Glatze is and what triggered his unusual transformation. Opening with a high-octane rave scene loaded with pulsing neon lights, dance music, and ecstasy-popping gay men, Kelly presents Michael as a proud and forward-thinking gay man of the world. This is continued into scenes of the tender relationship with he and his boyfriend, Bennett (an excellent Zachary Quinto), and by showcasing Michael’s work on XY magazine (one of the USA’s first gay magazines).

What begins as almost a love letter to gay youth and self acceptance transitions into a tale of a man facing a crisis in identity and struggling to find an answer to his fears about the afterlife. Michael’s gradual breakdown soon follows – with panic attacks and fictional heart conditions becoming part of his everyday life. Franco is at his most dramatically impressive here, capturing a man overwhelmed by fears of death. As Michael finds himself drawn closer to the church and rejecting his gay identity, Franco always allows a hint of doubt to shine through – suggesting Michael’s transition is almost as fictional as the health conditions he diagnoses himself with. He is really outstanding here.

Kelly’s feature hits a strong emotional nerve – both as we watch Michael’s self-isolation and the struggle of turning against his true nature, and also as we see him turn away from the men he loves. Occasionally the narrative becomes too choppy, attempting to fully capture Michael’s journey – scenes showcasing him at Buddhist camps and bible school give proceedings a lethargic and cluttered feel. However, by the film’s conclusion, Kelly reintroduces the feeling of Michael’s guilt as we see him working as a pastor and nervously faced with his first congregation – this self-doubt gives the film a clear political stand-point and further exposes Michael’s hypocritical angle, dispelling the myth that one can easily be ‘cured’ of their sexuality.

I Am Michael contains James Franco’s most impressive dramatic performance in recent years and plenty of engaging character development, yet may be too lethargic for some.

★★★★
Also featured on The People’s Movies.