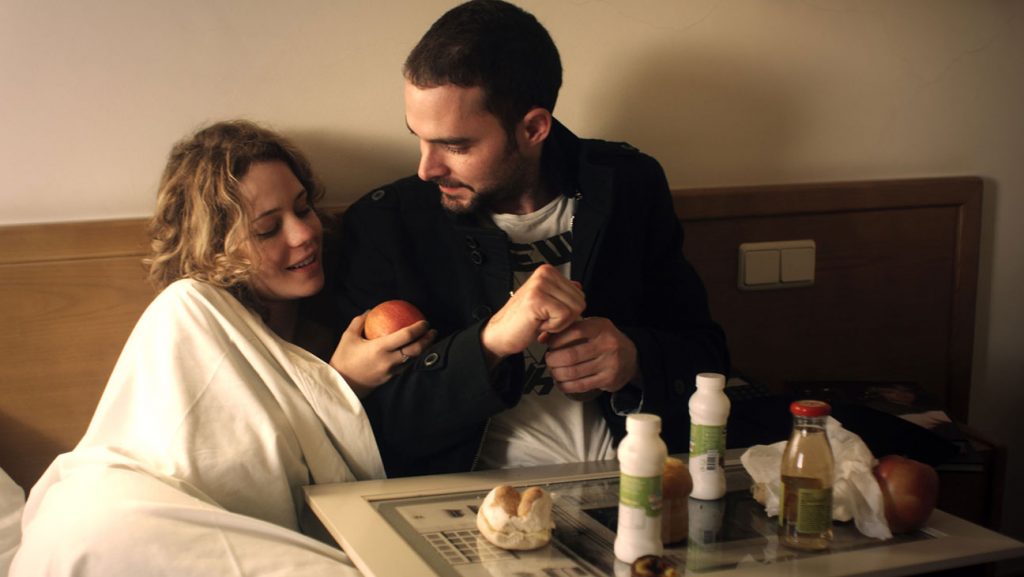 Love Film Festival’s continent spanning tale of two lovers fighting the odds had the potential to be Latin America’s answer to Before Sunrise, but lacks the narrative punch and chemistry between its leads to engage.

Penned by Manuela Dias, Love Film Festival follows the romantic affair between screenwriter Luzia (Leandra Leal) and actor Adrian (Manolo Cardona) over the backdrop of various global film festivals. Repeatedly torn apart by long-distances, work, and other lovers, Adrian and Luzia find themselves continually drawn back together over the years.

Four filmmakers shot Love Film Festival over six years and filmed in Portugal, Brazil, Colombia and the USA. The ambition of this unconventional project is truly admirable, but the subsequent result of this disjointed creative process is fully apparent when watching the finished product.

Leal and Cardona are both terrific screen presences and excel when Love Film Festival details their lives apart from each other between their sporadic meetings. When the pair are on-screen together there is a noticeable lack of chemistry making their relationship a struggle to invest in – perhaps the filming structure is partly responsible for this. The relationship between Adrian and Luzia lacks the weight of other powerhouse romance couples like Before’s Jesse and Celine partly due the fleeting nature of their relationship – and curiously because screenwriter Dias devotes more time to them arguing than loving.

However the inevitable benefit of Love Film Festival’s vast time-frame is that it ensures that there is at least some degree of interest in our protagonists, given that we follow these character’s careers and lives over a vast six year period. This is not nearly as strong as it should be however, as it’s a relationship that despite being long spanning never feels completely fleshed-out or convincing.

There is a buzzing atmosphere in Love Film Festival that captures the social side and manic busyness of the film festival environment. This setting also makes a unique selling point that is sure to intrigue regular film festival attendees, however, this is undeniably a niche audience and it’s hard to see this appealing to fans of the conventional romantic drama. The global encounters between Adrian and Luzia are shot with a vibrancy as they explore the various cities that host the various festivals, ensuring there is charm to be found in the globetrotting structure. However, for the most part, the style of Love Film Festival remains somewhat muted so transitions between the various filmmakers do not feel too apparent on first watch.

Those that have attended film festivals may be struck by the over-romanticised take on them – heightened by a gushing soundtrack of classic easy listening romance. There is a slight reprieve in the use of Paul Anka’s jaunty remake of Van Halen’s Jump – which, let’s face it, is a classic that tops the original.