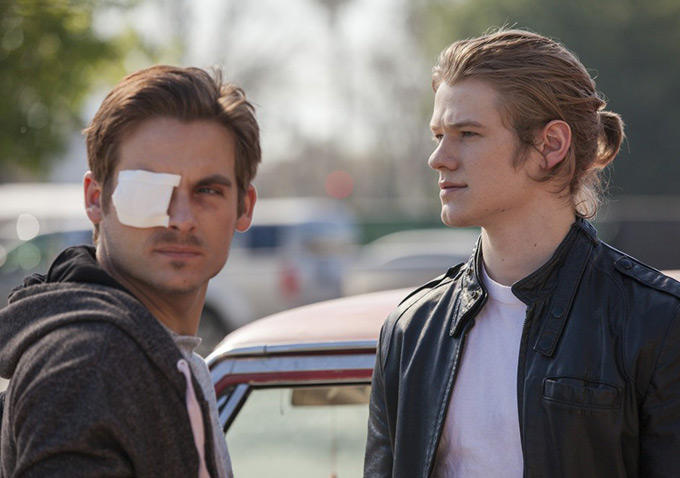 We’re skeptical yet intrigued by upcoming teen horror The Curse of Downers Grove. Skeptical because it looks like your generic teen-bating genre flick, intrigued because the man behind the screenplay is none other than Bret Easton Ellis. The official synopsis isn’t exactly filling us with excitement:

The town of Downers Grove looks like your average suburban neighborhood —but Downers Grove has a disturbing secret…. For the past eight years, one senior from every high school graduating class has met a bizarre death right before graduation day. And this year, Chrissie Swanson (Bella Heathcote) has a terrible feeling that she is going to be the one to die. Can Chrissie survive the curse of Downers Grove or will she, like those seniors before her, fall prey to the town’s deadly secret?

Hopefully Ellis has got some savvy surprises in store for us – and this doesn’t end up being a run of the mill urban legend teen slasher. If it is, we’re hoping it at least exploits Kevin Zegers in some nude scenes at the very least.

The Curse of Downers Grove is directed by Derick Martini. It hits iTunes August 21st.