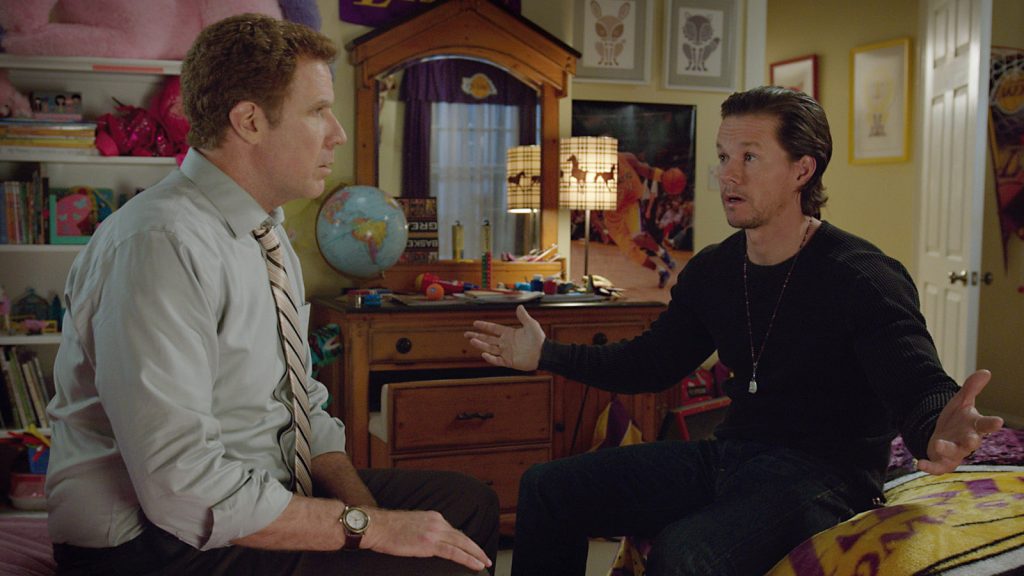 Those expecting the laugh out loud barrage of comedy delivered by Will Ferrell, Mark Wahlberg and Adam McKay (serving as producer here) in The Other Guys are best to lower their expectations before watching the trio’s latest collaboration, Daddy’s Home. With Horrible Bosses 2’s Sean Anders taking the directorial reins, there are some minor chuckles to be had and the chemistry between Ferrell and Wahlberg is still very much alive – but this look at two feuding dads is lower-tier stuff.

The comedy feels a little more broad in Daddy’s Home, a key factor in ensuring it never reaches the same levels of madcap brilliance of Ferrell and Wahlberg’s prior collaboration – there’s no Dirty Mike and the Boyz, TLC quoting Michael Keaton, or Eva Mendez’s plain wife. Instead Daddy’s Home is driven by the stereotypes of the wholesome stepdad and the deadbeat cool dad, and a barrage of forgettable slapstick jokes and passable one-liners. It’s certainly more family-orientated and the holiday season release date is no coincidence – but nonetheless it is disappointing to see the comedy diluted to ‘crowd-pleasing’ for this time around.

With Ferrell and Wahlberg on board even the most mediocre of gags are quite fun. Ferrell’s excels at playing the good-guy underdog crumbling under the pressure that Dusty has brought – perfectly encapsulated in the film’s standout scenes of a motorbike manoeuvre gone wrong and a drunken basketball shoot-out. There are also some great moments between Brad and his boss played by a deadpan Thomas Haden Church – and the closest we have to a successful running gag is about his multiple wives cheating on him under his nose over the years. Like Ferrell, Wahlberg could play his role in his sleep and brings an expected gutsy bravado to the part. There’s plenty of exploitation of Wahlberg’s physique so that may be enough to justify your price of admission here.

Daddy’s Home is a thoroughly forgettable affair with an over-reliance on broad slapstick humour driven by the good guy vs. deadbeat stereotypes. It lacks the edge of Wahlberg and Ferrell’s The Other Guys, but nonetheless provides an occasional chuckle through safe yet solid performances from the pair and the odd comic set piece.