The blog’s latest feature will focus on some of the finest flops in each film genre. This week is the turn of the musical. A flop (or a box office bomb) doesn’t necessarily mean a bad film, it just means people never saw it, and I happen to love flops. After the golden age of musicals in Hollywood throughout the 1950s, the public seemed to lose interest in the all singing, all dancing picture. Their loss I say! However, the musical has re-emerged at various points with varying degrees of success… Here are a few of my favourite flop musicals: 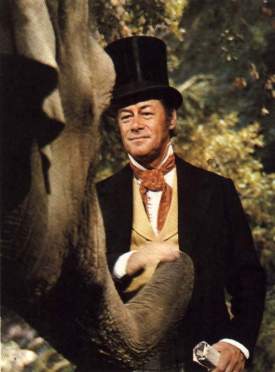 This 1967 classic featured Rex Harrison in the title role as a the veterinary that can talk to the animals – just imagine it chatting to a chimp in chimpanzee… It’s hard to believe a film that feels so classic was a failure at the box office, only making back $9 million of it’s $18 million budget. There’s some wonderful musical numbers  and a wonderful pro-animal theme throughout the film, most explicitly in the song ‘Like Animals’. This is one of Rex Harrison’s most fun performances, with the excellent support of Anthony Newley, Samantha Eggar and Richard Attenborough. Forget about the Eddie Murphy adaptations and stick to this piece of sheer joy.

Paint Your Wagon
Musicals set in the Old West tend to do well right? Oklahoma, Calamity Jane, Annie Get Your Gun… But Paint Your Wagon skips that tradition. However, the film has quite rightly taken back his budget now. Albeit slightly overlong, this movie has one of the best musical soundtracks around and combines the elements of a traditional ‘Gold Rush’ western with those of a Hollywood musical. Clint Eastwood stars and shows off his impressive country voice (for those that wish to hear more of it – check out his album, Clint Eastwood Sings Cowboy Favourites), whilst Lee Marvin entertainingly blasts out ‘Wand’rin’ Star’ and ‘The Best Things’. It’s a great fun picture and worth a watch if you liked any of the above mentioned musical westerns. 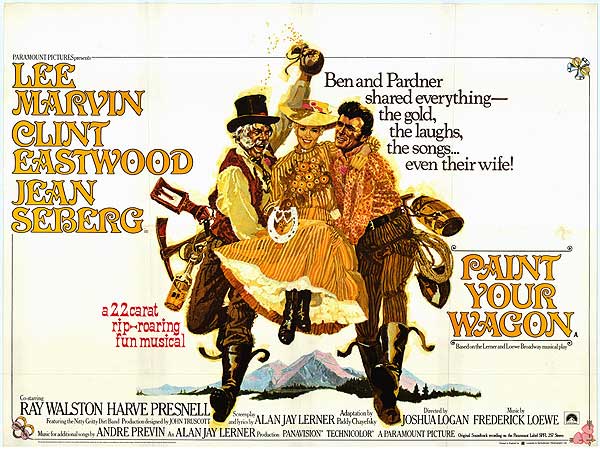 Man of La Mancha
Usually it helps in a musical by having a cast that can sing. Well, Man of La Mancha wasn’t having any of that after replacing Richard Kiley and Joan Diener with the more bankable stars Peter O’Toole and Sophia Loren. O’Toole took the lead of Don Quixote de La Mancha and had his voice dubbed over, as did Loren – so it makes for quite interesting viewing knowing it’s not actually them singing. The Impossible Dream and (I, Don Quixote) Man of La Mancha, are great numbers and the film is thoroughly entertaining. 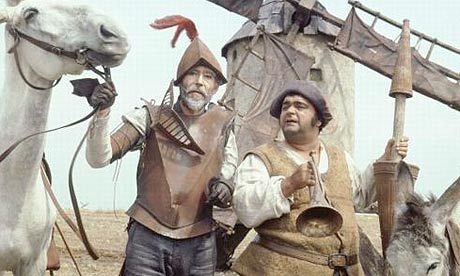 Sextette
Seeing the 85 year old sex kitten, Mae West belt out Love Will Keep Us Together with Timothy Dalton, is 100% unadulterated camp entertainment. This has largely been forgotten about it, but I think it was the perfect  feature to end Mae’s career and really encapsulated her over the top personality. She also tackles Happy Birthday 21, in a stunningly cringey ‘gym sequence’. The film looks cheap and feels it but entertaining musical numbers and supporting performances from Dalton, George Hamilton, Tony Curtis, Ringo Starr and Dom DeLuise make it worth a watch.

Grease 2
I’m not mad about Grease and I’m far more of a fan of it’s little brother, Grease 2. Who needs Travolta and Newton John when you can have the sexier Michelle Pfeiffer and Maxwell Caulfield. Why not chuck in Tab Hunter too? Grease 2 just marginally made back it’s budget and it’s poor performance meant a proposed Grease film series was scrapped. However, Caulfield and Pfeiffer are great in this and the musical numbers are a nice change to the overplayed ones from the film’s successor. Nothing beats a little bit of Cool Rider, The Four Top’s Back to School Again or Who’s That Guy? 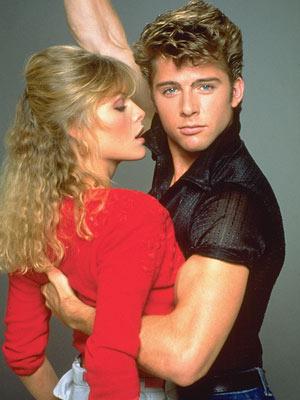 Staying Alive
Another sequel this time, and although a box office success, it was panned by critics and that’s why I’ve accepted it into the loving arms of Silver Screen Slags. Sylvester Stallone directs this film that was dubbed ‘the worst sequel ever’ by Entertainment Weekly. However, Stallone’s direction is stylish and exciting and Travolta shows he’s still on top form as Tony Mareno. The BeeGees return for the soundtrack which lead to Golden Globe and Grammy nominations. It’s great fun to see how Tony’s life has changed from Saturday Night Fever, and the film is certainly not the worst sequel ever. And sorry, but could that DVD cover get any more camp? 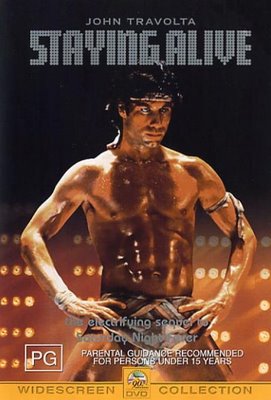 Showgirls
Okay not strictly a musical, but there’s a lot of dance numbers. This 1995 masterpiece following the lives of Las Vegas strippers and showgirls didn’t even make back half of it’s $45 million budget – but I think it should be compulsory for every person in the world to own a copy of this. The film’s in your face attitude, gratuitous nudity, obnoxious lead performance from Elizabeth Berkley and general sleazy feel make it what it is today – a forgotten masterpiece.

Nine
This is proof that a magnificent cast doesn’t guarantee box office success. This loose adaptation of Fellini’s 8½  starred Daniel Day Lewis, Nicole Kidman, Sophia Loren, Penelope Cruz, Judi Dench, Kate Hudson, Marion Cotillard and Fergie (The singer, not the Duchess), all whom take part in some stunning musical numbers – with striking sets and costumes. This is one for lovers of Italian cinema of the 1960s and Hollywood Musicals. 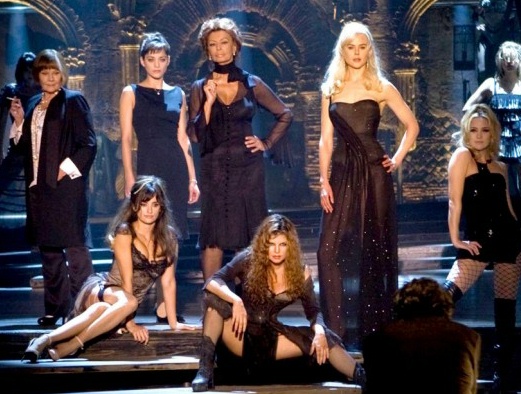