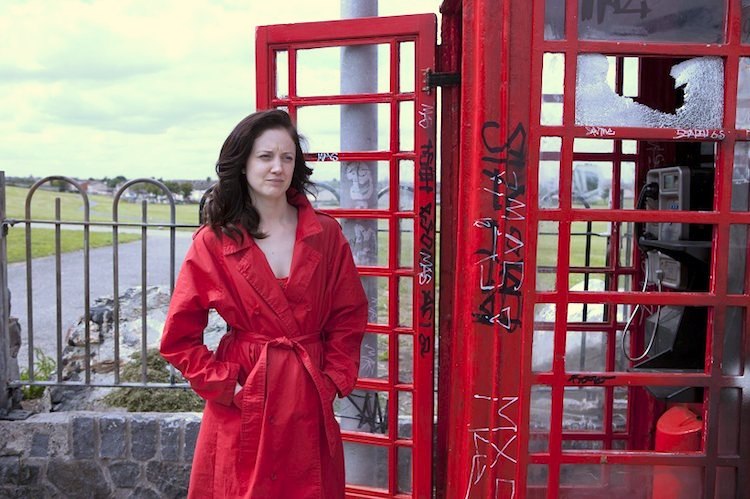 BBC Films latest production, Shadow Dancer has already met positive receptions at both this year’s Sundance and Berlin Film Festivals. Now it is the turn of The Edinburgh International Film Festival to take on this slow-burning British thriller.

James Marsh (Man On Wire, Project Nim) directs Shadow Dancer, an adaptation of ITV Political Editor, Tom Bradby’s novel of the same name. After a failed railway bombing, IRA member Colette McVeigh (Andrea Riseborough), is detained by MI5. In order to avoid a length prison sentence, McVeigh is left with no other choice but to act as an informant for the British authorities.

Shadow Dancer requires a lot of patience, this is a particularly slow and brooding, cat and mouse thriller. Marsh’s films opens with a completely startling and heartbreaking, 1970s set opening sequence that completely encapsulates the Irish troubles of the time. We are quick to learn that this may be the story of one individual family, but Bradby’s haunting story also represents a whole country going through turmoil.

When Shadow Dancer transfers to the 1990s, we see that these troubles are still highly prevalent. This is captured in a tense sequence where McVeigh attempts to detonate a bomb in a British railway station. The pace of the film completely slows after this, building up a brooding sense of unease and tension – a fitting representation of British and Irish relations of the time. Due to this lessened pace, it is quite a struggle to stay engaged with Marsh’s film for its’ first hour. However, the third act sees the story begin to unravel, as tensions reach boiling point – completely shaking the lives of McVeigh and her family.

At its heart, there is a profound story of family loyalty and dedication running through Shadow Dancer. The quiet resilience of the McVeigh family as they try and make the best out a dark situation is endearing. This is perfectly captured in Andrea Riseborough’s stunning lead performance. The actress who thoroughly impressed in W.E. and Brighton Rock, proves to one of Britain’s finest young talents with her powerful turn as Colette McVeigh. Unfortunately, one of the most interesting aspects of Shadow Dancer – the relationship between McVeigh and MI5 agent, Mac (Clive Owen) is completely underutilised. The occasional meetings between the two characters are sporadic, yet prove to be some of the most tense aspects of the film. This is a role that Clive Owen could play in his sleep, giving a solid performance, despite it being a slightly predictable role. Strong supporting turns from Gillian Anderson and Aidan Gillen, add some moments of interest but prove equally underused.

While James Marsh’s Shadow Dancer is excellent at building brooding atmosphere and capturing the tension of the time, it proves to be too slow paced to be classed as enjoyable. Andrea Riseborough’s performance is the strongest element of the film and ultimately its saving grace.

Originally Posted On The People’s Movies