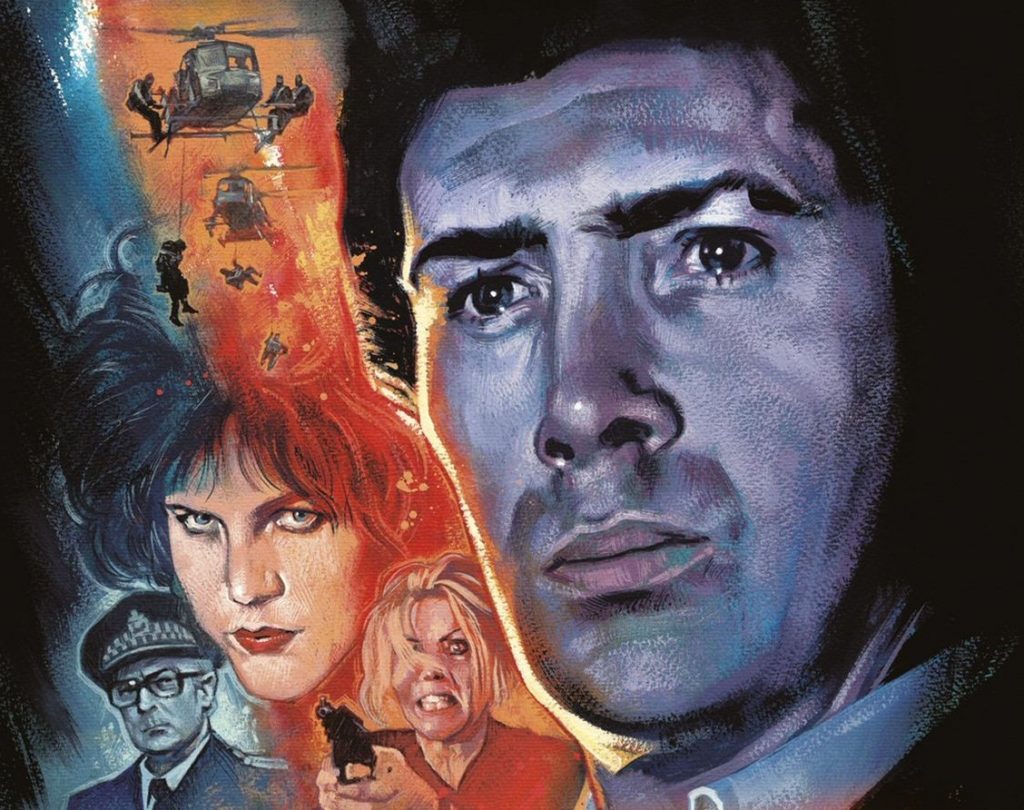 Starring The Professionals’ Lewis Collins, Judy Davis, as well as screen icons Edward Woodward and Richard Widmark, Who Dares Wins was one of Lloyd’s last features. Here we are told of an SAS trouper infiltrating a group of radicals who plot to launch an attack upon the American embassy where several key dignitaries including the US Secretary of State, are staying.

The main issue with Who Dares Wins is its completely stodgy screenplay, which was surely felt dated even upon its 1982 release. Feeling more like right wing Conservative propaganda commissioned by Margaret Thatcher, than an entertaining action film – you would be forgiven for siding with the terrorists here (well that would be if they were not so inept). It is a struggle to get past the concept that this is a terrorist group that wants nuclear disarmament, but they went to achieve this through the detonation of a nuclear bomb – someone needs rethink their plan.

Considering that Who Dares Wins was inspired by a real event (the Iranian embassy siege in 1980), it feels completely unrealistic and unbelievable. Reginal Rose’s screenplay also spends far too long focussing on Captain Skellen (Lewis Collins) infiltration of the terrorist group which verges on being completely tedious. At a bloated 125 minutes, the only particularly exciting sequence is the embassy raid – the key set piece of the film.

This sequence sees director Ian Sharp come into his own, showing a clear flair for the action scenes. Here bullets fly, smoke bombs are detonated and the previously wooden leading man, Lewis Collins gets a chance to shine as an action star. The raid sequence has not aged too well but in a film as patchy as Who Dares Wins, it is manages to become the most exciting sequence in the film.

Fortunately appearances by the completely watchable Edward Woodward as a grandstanding police commander and Richard Widmark as the US Secretary of State, keep things reasonably entertaining. However, these are simply supporting roles with most of the screen time falling to Collins and Davis, who are rather part bland leads.

Being the top distributor that they are, Arrow Video have also included the more entertaining low-budget Italian feature The Commander (starring Lewis Collins, Lee Van Cleef and Donald Pleasence) on the release, which is worth a look.

Who Dares Wins is a forgettable, often hit or miss affair. Despite, the energetic embassy raid in the film’s latter half and two watchable supporting turns from Widmark and Woodward – there is not much else worth watching this stodgy feature for.

You can buy Who Dares Wins at Amazon UK.