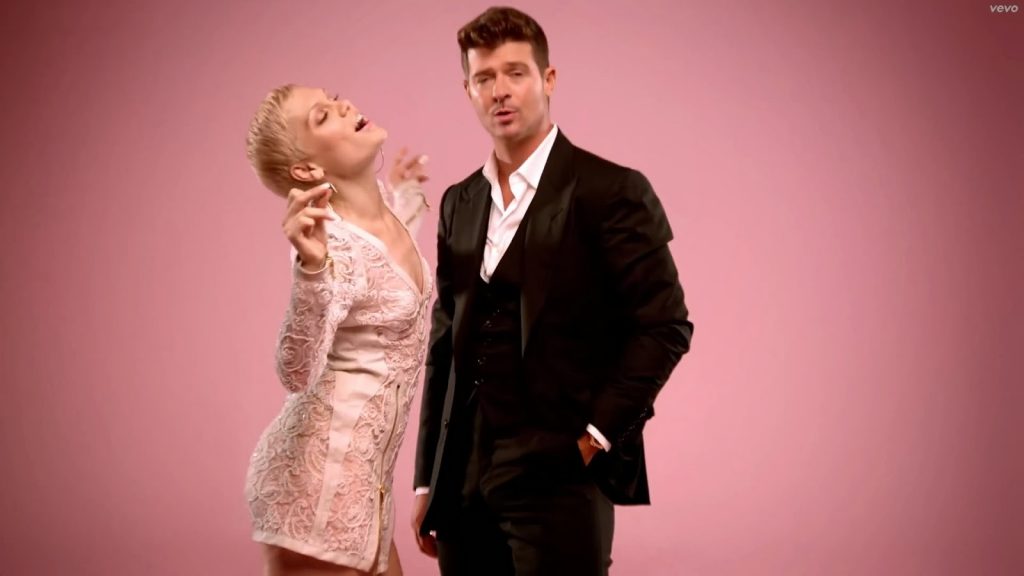 If you like your questionable pop collaborations that we a treat for you. Last September it was reported that Jessie J and Robin Thicke were filming a terrifically pink looking video for a new track- however, this never appeared on either of the artist’s respective albums and was forgotten about. Until now that is.

It turns out the track was actually part of a project for DJ Cassidy titled Calling All Hearts. We don’t know a huge amount about this chap but the song is actually quite fun. The track appears to be going for the disco-funk revival sound spearheaded back to the mainstream by Daft Punk, Pharrell and Thicke in 2013.

However, it is the video that has us impressed. So much pink, palm trees, flamingos, a joyously sleazy Thicke, and a smoking stuffed cat. Lovely.