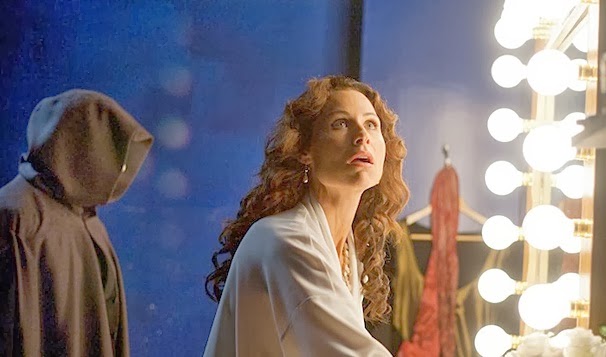 The film follows an up and coming Broadway star who gets a placement at a snobby musical theatre camp. However, it is revealed that she is not the only new arrival to the camp when the masked ‘Metal Killer’ strikes.

Everything about the trailer for Stage Fright is so elaborately tongue-in-cheek that we cannot help get extremely excited from Minnie Driver’s decadent star to its homage to the cheaper slashers of the seventies and eighties (a la The Clown at Midnight etc.)

Stage Fright is released on VOD on April 3rd, followed by a limited theatrical run on May 9th.