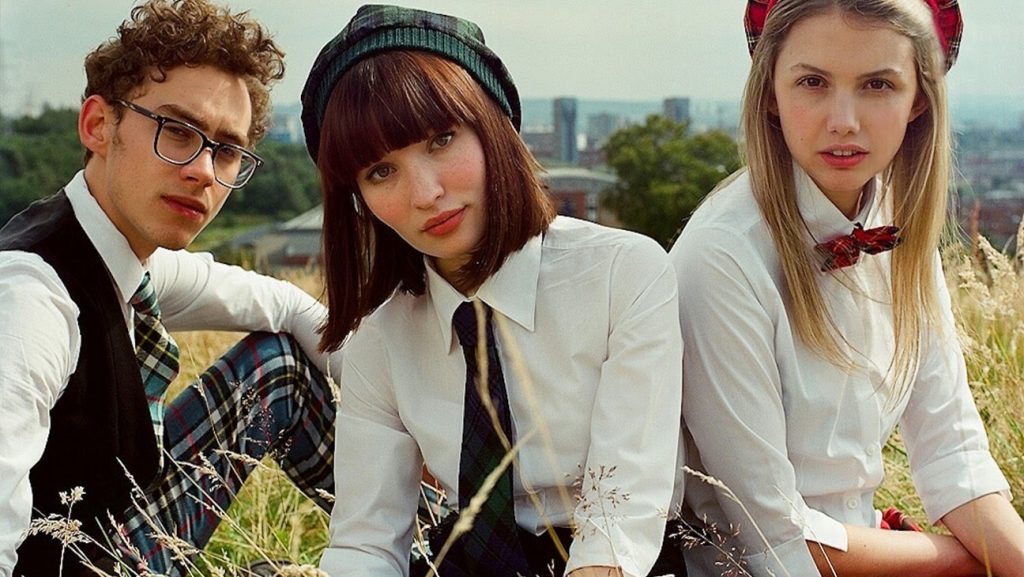 God Help the Girl follows Eve (Emily Browning), a young woman who spends her time in and out institutions battling an eating disorder. Eve finds an escape from her problems through songwriting – a passion which results in her meeting James (Olly Alexander), a disillusioned young music obsessive. We follow them through summer as they attempt to record an album and achieve pop success.

From the opening moments, it is pretty clear whether you will like God Help the Girl or not. Beginning with an indie pop music number set aboard a train, we hear the grating dulcet tones of Browning as she awkwardly interacts with ‘unsuspectingly’ game commuters – the ‘quirky charm’ of Murdoch’s film hits with the crushing weight of a sledgehammer. This ‘quirkiness’ comes thick and fast as we follow quirky Eve, her quirky hipster friends, the quirky pop music they sing and the quirky activities they spend their time doing. This twee style and lightness is all a bit infuriating after a while.

Whilst there is a sweetness in Emily Browning’s lead performance and the vulnerable, mostly charming character of Eve – the other character’s fare less successfully. James is perhaps the largest problem of God Help the Girl. He is a character that spends the film whining and dissecting every moment of life just in order to give his cynical and superior take on things. He is ultimately a tremendously boring character to watch and one that sucks much of the warmth and rare moments of authentic charm from God Help the Girl. Fortunately, the positive charm of Eve within much of these scenes makes proceedings marginally more tolerable.

Like its protagonists, the narrative of God Help the Girl is so light and lacking in direction that it is a challenge to get absorbed in Murdoch’s film. Scenes detailing Eve battling her eating disorder should be hard hitting, but lack that weight given the predominant tone of the film. Whilst the narrative may drift by you, there is some pleasantly picturesque scenery to engage with. Central Glasgow has never looked nicer whilst the canals of the city do most of the scene-stealing.

God Help the Girl is a watch that borders on offensively twee thanks to musical numbers that prove more cringeworthy than enjoyable, and characters that profusely irritate. The drifting narrative never engages like it should, and results in an experience that drains rather than entertains.