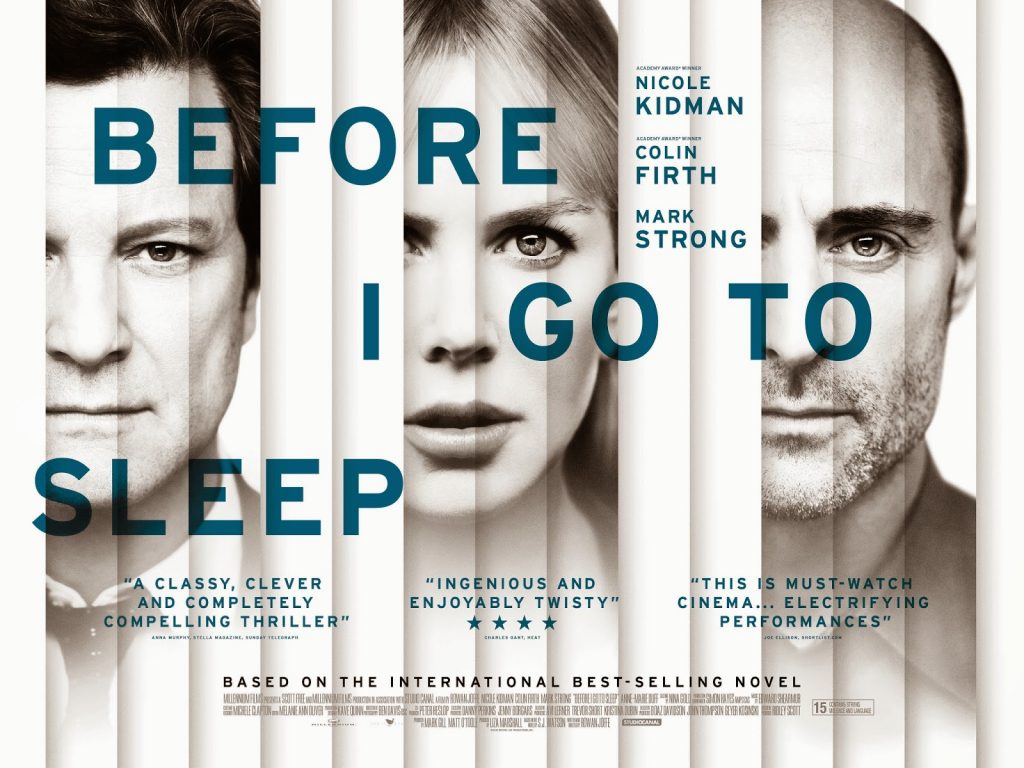 When looking at the careers of Hollywood icons it is always interesting to see how their work transitions over time. For example, Elizabeth Taylor became a superstar through epic melodramas like Giant, Cat on a Hot Tin Roof and Who’s Afraid of Virginia Woolf? – but I’ve always been more interested in her later work when her star was fading and public interest diminishing. From 1973’s plastic surgery themed mystery thriller Ash Wednesday to the chilling Muriel Spark adaptation The Driver’s Seat and voyeuristic slasher Night Watch. Free from the constraints of Hollywood convention – Taylor was able to explore more original fare that may not have reached the same audiences, but I believe was more powerful work.

Why is this relevant? Well, it seems that contemporary Hollywood star Nicole Kidman is going through a similar period with Southern Gothic chillers’ The Paperboy and Stoker to her recent credits – as well as little-seen European fare Grace of Monaco and currently Before I Go To Sleep. The actress appears to be avoiding conventional (aka dull) projects that an actress of her age may be expected to accept (see Kate Winslet in Divergent) – in favour of riskier, more exciting fare.

British-produced mystery thriller Before I Go To Sleep sees Kidman take centre stage as a woman who wakes up every morning with no memory of who or where she is – the result of a traumatic incident in her past. As she begins to piece back moments of her life she realises she cannot trust the people around her from psychologist Dr. Nash (Mark Strong) to her husband Ben (Colin Firth)

Based on the novel by S.J. Watson, Before I Go To Sleep has the sort of narrative that filled sixties and seventies genre cinema (a bit like the aforementioned Night Watch) detailing strong women battling psychological traumas and madness. I mean this in the fondest way when I say that Rowan Joffe’s film evokes the sort of simple low-key chills that you might expect from a little-seen Sunday night television movie, a giallo picture, or a piece of grande dame guignol horror. Joffe has crafted a classy, simple, and tense thriller that exudes the maximum suspense from its neat premise. Coupled with some effective horror tropes like creaking stairs, mysterious figures in the house and some surprising brutal scenes of abuse – this is a watch that may not provide particularly original shocks, but proves modestly engrossing nonetheless.

There is an unsettled air about Before I Go To Sleep and a sense of brooding helplessness in its narrative. Joffe explores the fragility of memory and its relationship with trauma and darkness as we drastically see Kidman’s protagonist Christine Lucas begin each day afresh as she discovers and forgets troubling secrets about her nearest and dearest. We see Christine begin to build her memory back up by keeping a video diary recounting her discoveries with the help of Dr. Nash – but even his motivations seem murky. Joffe loads Before I Go to Sleep with the suspicion and tension that could rival a modest Hitchcock picture.

Kidman’s performances carries the project with an effortless grace. The actress mesmerises as Christine – a woman trying to piece together the abuse she suffered, with each new discovery hitting her as if it is the first time (no matter how many times she has heard it) – this results in some magnificently emotionally fraught moments where Kidman shines. Colin Firth and Mark Strong both do well as the supposedly supportive husband and doctor with it never being clear if they harbour darker motivations until the film’s final moments. Despite some predictability towards the conclusion, Before I Go to Sleep has enough tension and thrills to keep us immersed.

Before I Go to Sleep is a simple, yet thrilling and effortlessly classy piece of genre cinema. With an inventive concept at its core, there are some terrifically entertaining moments of suspense, a tough emotional backbone and an exceptional performance from Kidman to boot.