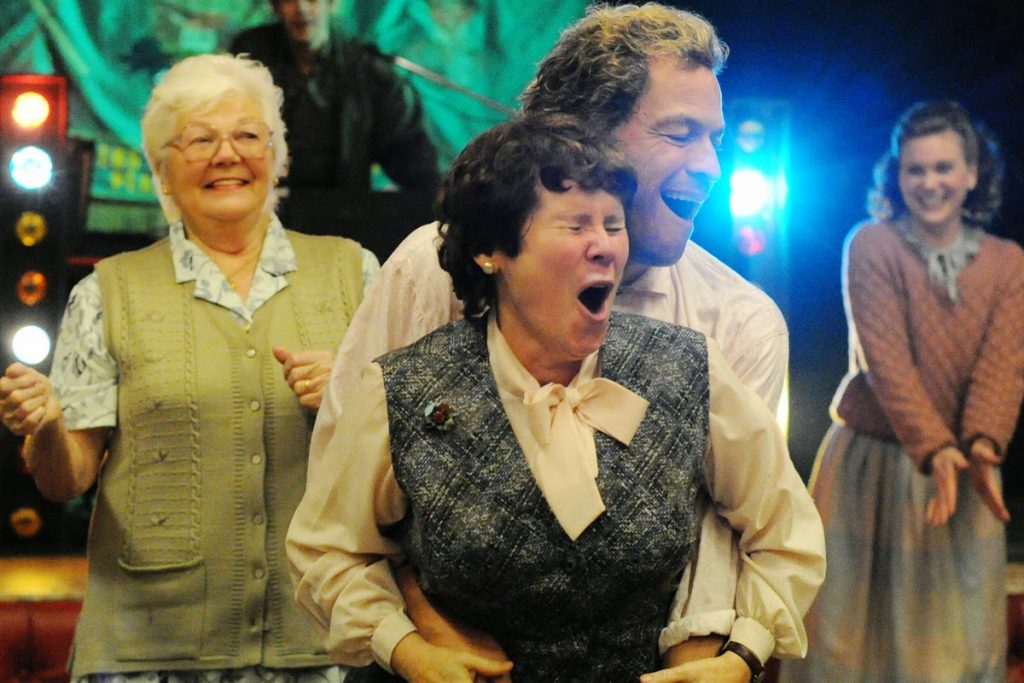 It is unlikely that there will be a more feel-good, inspirational film in 2014 than Matthew Warchus’s Pride. Detailing the little-known case of political group Lesbians and Gays Support the Miners (LGSM) – Pride tells a story that deserved to be told.

Set during the miner’s strike under the Thatcher Government, Pride follows a group of gays and lesbians who form LGSM and decide to raise money in support of the miners, who they view as a fellow marginalised community. The group are invited down to a small Welsh village in thanks of their donation and are met with a variety of unexpected reactions from within the local town.

Based on the debut screenplay by writer Stephen Beresford, Pride is a tale of warmth and equality over bigotry and hate, crafted with an effortless charm that never verges on preachy. Beresford gives equal gravitas to the struggles faced by both the miners and LGBT citizens under the Thatcher Government – resulting in a piece which may read as an odd combination of subject matter, but on-screen results in a staggeringly fun and utterly heart-warming watch. In fact, this unlikely combination creates a likeable culture clash dynamic as the vivacious London LGSM members turn up to the creaky Welsh village – and vice versa when representatives from the village embrace the London gay scene.

Berseford goes on to tackle the struggles of gay life in the eighties which many take for granted now. We see Andrew Scott’s Gethin the victim of a homophobic attack and the subject of repeated vandalism, young Joe’s (George McKay) coming out to his bigoted middle class parents, and the increasing threat of AIDs. This not presented as a horror story, but these narrative angles do provide the film with a strong emotional backbone and help us get fully invested in these absorbing characters. There is also fun to be had with Warchus capturing the pulsating energy and Hi-NRG soundtrack to the London club scene – as well as the camaraderie between the LGSM members. One of the standout comic scenes here sees Imelda Staunton’s tough talking Welsh broad Hefina venture into the S&M scene with her excitable pals.

Back in the bleak and tense mining town, it is a joy to see the residents suspicion and distrust towards their gay visitors turn into warmth and kindness – as Pride showcases the goodness the people are capable of. From the kind-hearted larger-than-life Sian (the magnificent Jessica Gunning) to Bill Nighy’s poetry-loving Cliff and Paddy Considine’s unashamedly warm Dai – Pride presents us with a palette of convincing and loveable human characters. Moments like seeing Dominic West’s thesping Jonathan teaching a gaggle of butch Welsh miners to dance are as heart-warming as they are funny.

Pride feels like an effortless watch – it is charming, fun and packs a strong emotional punch without relying on schmaltz and clichés. This tale of people joining together to fight social and political injustice is an outstanding feel good experience that truly inspires.