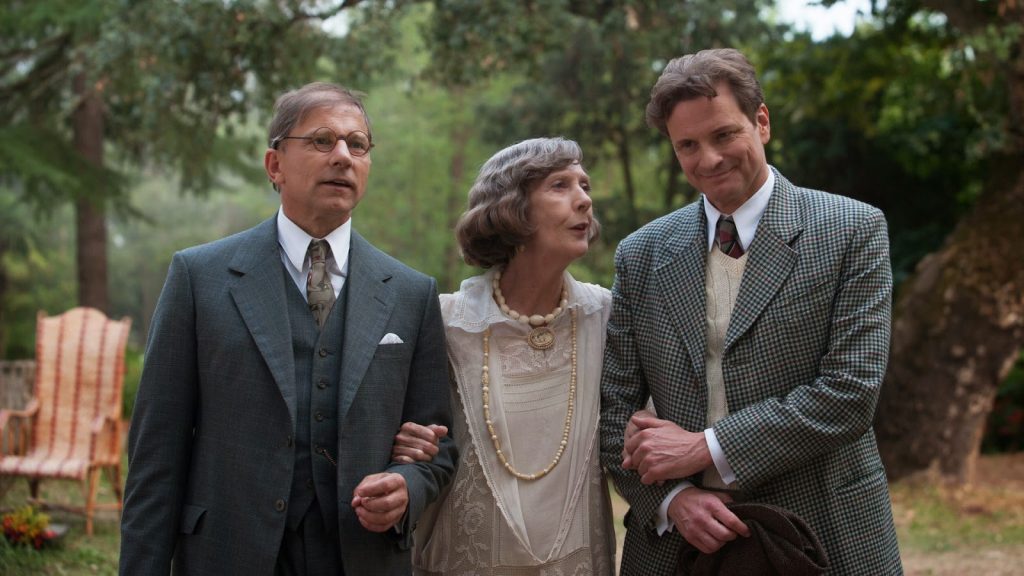 After the sensational Blue Jasmine, Woody Allen’s latest feature sees him returning to the sort of nostalgic, charming and ever-so-slight fare that he seems to adore making. Taking us back to the 1920s, Magic in the Moonlight is a tale packed with a sumptuous visual aesthetic and absorbing performances – but little real substance.

Allen’s latest settles in a wealthy estate in the South of France where Stanley (Colin Firth) an English illusionist goes undercover to unmask Sophie (Emma Stone), a suspected American swindler who claims to be clairvoyant. However, personal feelings get in the way of this dynamic and Stanley finds his judgement becoming cloudy as he falls for the young American.

Opening with a sprightly Cole Porter number, Allen starts as he means to go on by crafting the light and breezy, ever-charming tone that we have come to expect from his period features. This welcoming atmosphere is also bolstered by the appearance of Firth’s Stanley, a man touring the country posing as Chinese conjurer Wei Ling Soo – when we first see him out of costume, Firth delights, arriving like a steam-train of dry sarcasm and snappy wit.

Upon shifting the narrative to Stanley’s travels in France, Allen and cinematographer Darius Khondji pack the tale with a fairytale like aesthetic beauty – from the greenery of the rich country estates to the dazzling pastel colours of the cliffsides and seas. Combined with sumptuous period costumes from Sonia Grande, Magic in the Moonlight is a visual feast that fully transports us back to a more appealing, carefree world of 1920s characters and whimsy.

Emma Stone brings a welcome sparkiness to the fold, with Allen’s sharp dialogue flowing effortlessly from the wide-eyed, energetic actresses’ tongue. There is an initial likeable simplicity to Sophie, yet it is always clear that there is slightly more depth to her occasionally suspect motivations. Paired with a savvy, sharp turn from Firth, Magic in the Moonlight should work effortlessly – and undeniably there is an amusing battle of personalities on display, however, this is squandered by a misjudged romantic turn in the narrative.

Whilst there is a watchable chemistry between the pair, this is not a convincing romantic chemistry – with the relationship never feeling particularly authentic (perhaps this is Allen’s intention?). This is most likely due to the blatant age-gap between the pair and the fact we never quite believe that Firth’s Stanley is head over heels for the near-thirty years junior Sophie. Given that this takes up such a vast part of Allen’s narrative, this romantic angle brings a severe dip in quality.

Saving graces are provided by the delightful aesthetic, breezy humour and occasional sparks of dry brilliance in the dialogue. There are welcome supporting turns by the wonderful Eileen Atkins and Simon McBurney, and likeable appearances from Jacki Weaver and Marcia Gay Harden. However, unlike the magnificent Blue Jasmine, there is never anything particularly substantial (ie. Cate Blanchett’s performance) for us as viewers to hold onto and be engrossed by.

Magic in the Moonlight is light, carefree and whimsically charming. With sumptuous visuals and period details, but little real substance, this is Allen at his most frustratingly pleasant and mediocre.