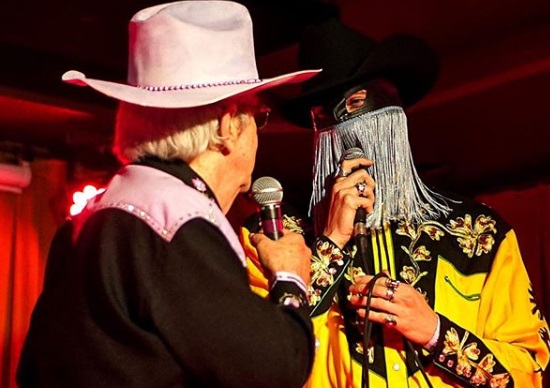 The rise of queer voices in country music can only be described as a fantastic thing – and one of the most notable of these voices in recent times is Orville Peck. The masked crooner released his debut album Pony which felt like it landed somewhere between Angelo Badalamenti and Roy Orbison – whilst providing a hard-hittng and fresh sound.

Lavender Country’s sole LP was released in 2014. The group are attempting to release several unreleased tracks on a new LP titled Blackberry Rose which is part of a GoFundMe campaign. Their influence on Peck isn’t immediately audible, although they have had a clear effect on the singer as he pays tribute to them in an interview with Billboard:

Peck points to Lavender Country, the band credited with creating the first-ever gay country album back in 1973. While the group’s music received little-to-no attention at the time, thanks in part to its open embrace of homosexual identity, Lavender Country achieved cult status. “I heard that album when I was 19,” he says. “I thought it was so fascinating because it was such a classic country sound, but the subject matter was so subversive for what country music was.”

The pair recently collaborated which you can see below, duetting on a rendition of Hank Williams’ classic Hey Good Lookin’. You can stream Orville Peck’s debut LP Pony and Lavender Country’s debut below.