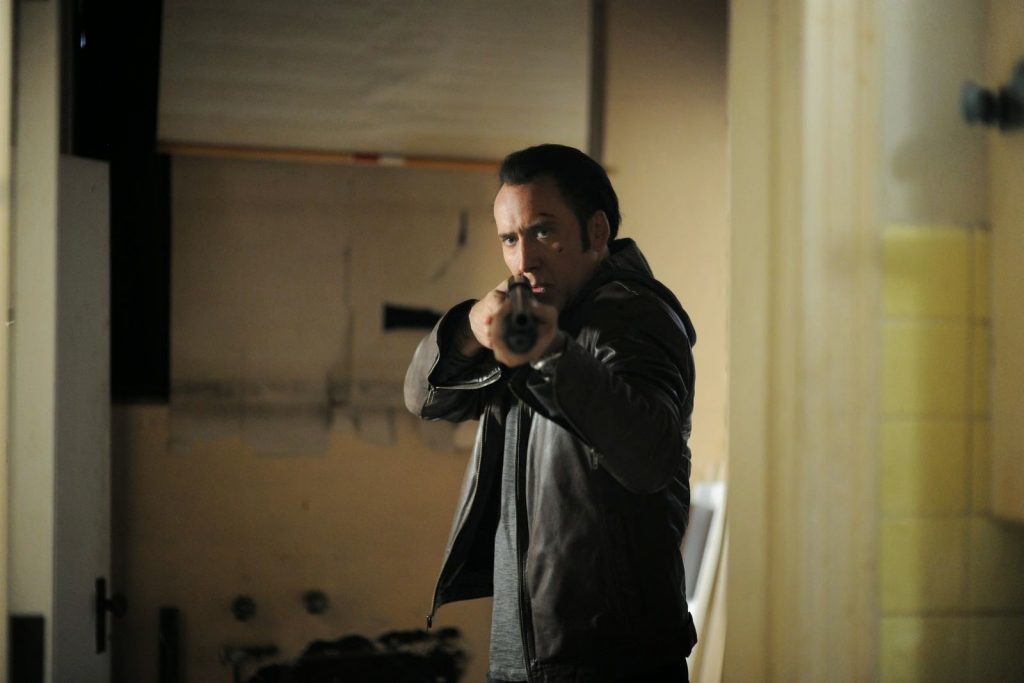 Taken must have had quite a big effect on Nicolas Cage as his CV has been made up of various similarly themed films since the late noughties. Features like Justice, Stolen and Trespass have largely been poor imitators of the Luc Besson-Liam Neeson hit – however, his latest feature Tokarev sees him almost matching the quality of the often imitated film.
Directed by Paco Cazebas, Tokarev follows former-con Paul Maguire (Cage) who attempts to find and bring justice to the men who kidnapped and killed his teenage daughter.
Filmed in a near continual darkness with little bright cinematography used, Tokarev gives an early indicator of the sinister, unsettling tone that pulses throughout its narrative. Even daytime suburban streets are landscapes of unease – where the everyday can suddenly turn into the scene of an unspeakable crime. Fill this darkened settings with all the tropes of an ultra-violent revenge film and you have quite a bold, grisly mix.
Tokarev harks back to the classic eighties Cannon and Orion action films, loaded with a blood-soaked nostalgia, parallels can be drawn with the seedy world of the Death Wish sequels or of Chuck Norris vehicle Code of Silence. Cazebas does well with a limited budget with the action scenes looking slick and visceral. Unlike these eighties actioners, Tokarev is a little too slow-burning for its own good, taking a substantial amount of time to get to the revenge themed action we want to see.
Cage makes an ever-likeable and engaging screen presence and we get a sense that this man is fractured after the loss of his daughter. Convincing as both an action hero and grieving man, this may not be Cage’s toughest or most original role, but he adds what depth he can. Supporting turns from Danny Glover and Peter Stormare keep things ticking along nicely – albeit these characters still fall far from their finest turns. These actors all have an impressive enough charisma to detract attention from half-baked dialogue and occasionally predictable narrative turns.
Tokarev may not be Cage’s finest hour, but it is a solid step-up from much of his recent fare. Darkly brooding and with an atmosphere of unease, Tokarev delivers a decent amount of revenge themed action to get genre fans engaged.
★★★