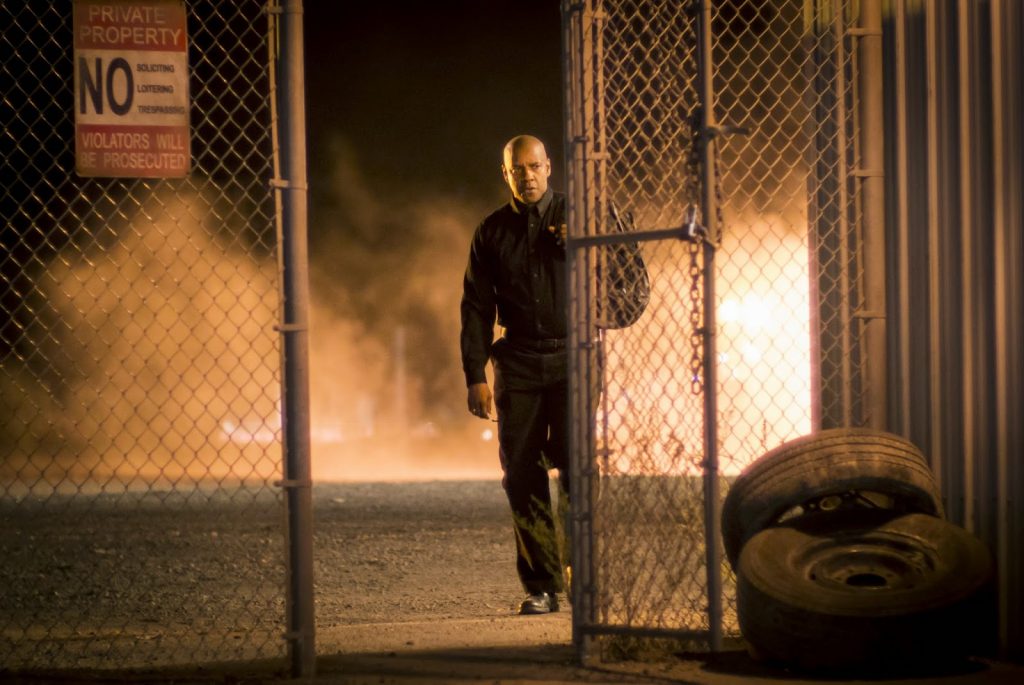 Sadly baring little resemblance to the cult Edward Woodward television series on which it is based, Antoine Fuqua’s The Equalizer is an unsurprising, albeit solidly entertaining watch.

Living a quiet life in New York, spending his days working in a hardware store and his nights reading in a diner, Robert McCall (Denzel Washington) thought he had put his dark past behind him. However, when a young prostitute (Chloe Grace Moretz) is preyed on by Russian gangsters, McCall springs in to action and aims to take them down.

With Washington and his Training Day collaborator Fuqua on board, it is clear that The Equalizer is going to be competent and enjoyable viewing. Fuqua has an impressive eye for action, and screenwriter Richard Wenk knows how to craft an engaging story, but there is still a charm lacking in this streamlined cinematic update.

McCall is a man who likes to read The Old Man and the Sea and make vague comparisons between it and his life. He likes to read at the same diner every night bringing his own teabag. He is a lone-soul, a widow. He becomes a father figure to a young prostitute. All attempts to build character, but these mostly feel contrived and unnecessary, with the revenge/street-justice elements that filled the original show playing second fiddle to crafting a dynamic between McCall and his young friend. It is not mind-blowingly dull, but neither is it particularly exciting. Fortunatey some strong action scenes and a cat-and-mouse development in the narrative keep things ticking along outside of the hefty attempts at character development.

It is the final scenes in Richard Wenk’s screenplay thatare perhaps the most satisfying and exciting of the feature. What could be described as a Home Depot (or B&Q to us Brits) bloodbath sees Fuqua hammer home the ultra-violent tone of the The Equalizer with an inventive, albeit somewhat joyfully derivative killing spree. Here we are presented with action which is refreshingly violent for a 15 rated mainstream release – with Russian goons being hanged with barb-wire nooses and having their cranium’s blasted with power-tools. This conclusion (and the sequence which follows) is inventively staged and suspensefully shot, where Washington is ever the smooth action hero.

However, part of the appeal of the original gritty CBS series was that it put much-loved character actor Edward Woodward in the role – a somewhat surprising move. The cinematic update removes all this surprise and casts Washington, an actor who undeniably carries the film with ease – but is simply a bland choice. Perhaps a more established character actor (in the vein of Woodward) might have made a more exciting choice – Tom Wilkinson, Michael Keaton, Gary Cole, Stellan Skarsgard perhaps? Not names on the same billing par as Washington, but more fitting with the classic style of The Equalizer. But sadly, there is nothing classic or nostalgic about this update – the joyously pulpy synths of the original theme are traded for a glossy number featuring Eminem and Sia.

Stripping away much of the fun of its namesake, The Equalizer is all a bit too safe and unsurprising. Both Washington’s natural charm and Fuqua’s steady direction carry the film solidly – but you knew that already.