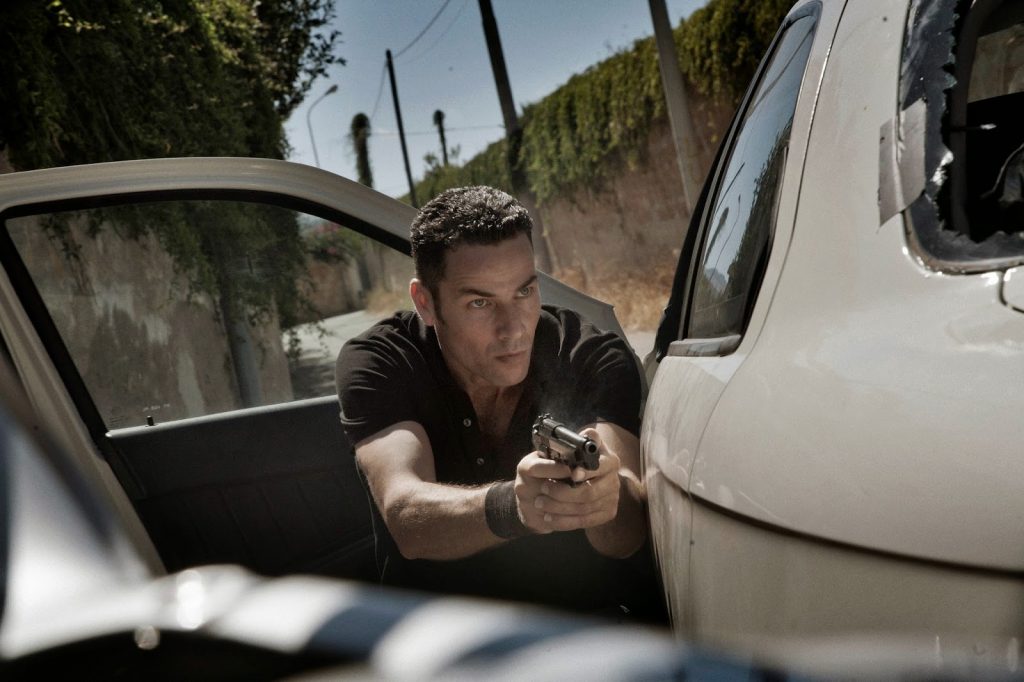 Slow-burning hitman thriller Salvo hits DVD in the UK this week after touring several film festivals in 2013. Directed by Fabio Grassadonia and Antonio Piazza, this sparse tale boasts some staggering cinematography and masterfully executed tension, but ultimately loses its footing in its final act.

Methodical hitman Salvo (Saleh Bakri) sets out for revenge when he and his employer are suddenly ambushed by gangsters. When tracking down these enemies Salvo encounters Rita (Sara Serraiocco) – the blind sister of one of the men he killed – who gradually becomes his responsibility.

Opening with a blisteringly visceral shoot-out, Salvo initially sticks closely with the genre proceedings one might expect from a hitman film. Shot with a visceral energy – sounds feel distinct and crisp, whilst the Palermo locales present a dazzling scorched beauty. However, in an intriguing turn of events, the dynamic of Salvo changes from bold action to remarkably tense thrills.
What follows is an intricately shot sequence which follows Bakri’s Salvo as he follows the blind Rita around her house. Shot with brooding lighting and unsettled cinematography, Rita becomes the expected prey of the ruthless hitman. It is clear that Rita is aware of Salvo’s presence, which adds another unsettling angle to Grassadonia and Piazza’s feature.
However, the visceral tension and energy of this first act is gradually lost when Rita is abducted. Salvo takes a slower, more lethargic approach – as the tale become bogged down with scenes of the hitman roaming around his lodgings or the factory in which he holds her. There is a gradual increase in melodrama and character transgression as Rita warms to Salvo – however, this is carried it out in such a languid and slow-paced effort that its a struggle to be drawn in. Fortunately, Bakri and Serraiocco are mesmerising and Daniele Ciprì’s brooding cinematography is always entrancing.
There are several pleasures to be found in Salvo, but the film’s slow-burning structure may lose a few viewers in its pursuit.
★★★
Salvo is available to buy now.