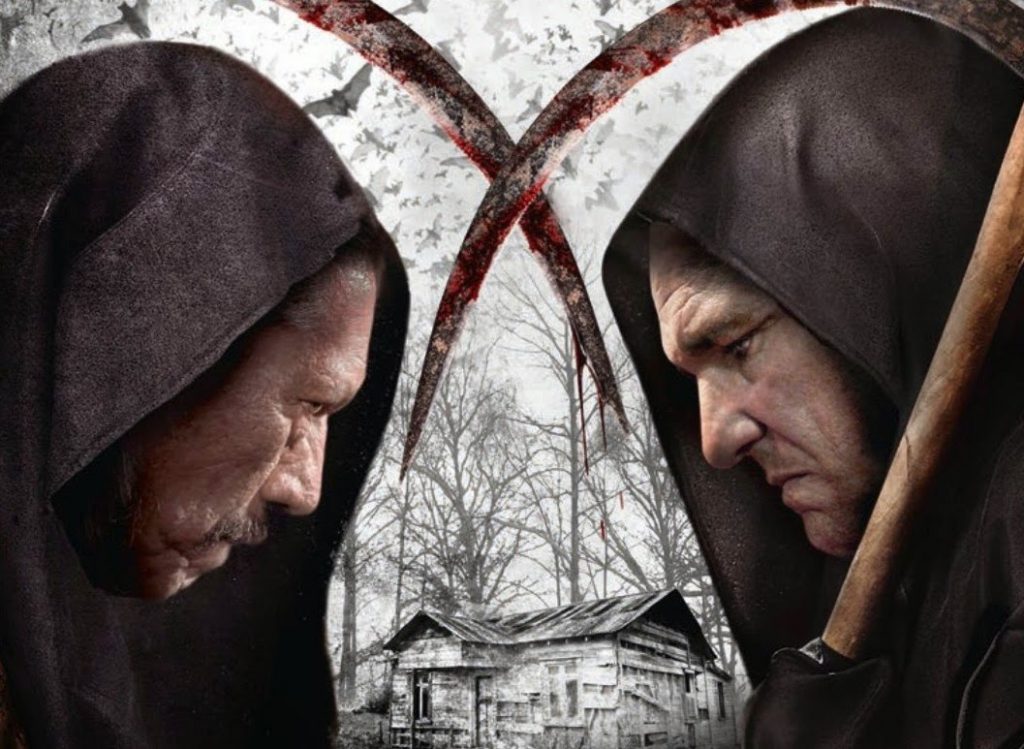 October is well and truly here, and fans of straight-to-DVD horror know this is the equivalent of Christmas for a genre-lover. One of the many horror titles creeping out in the next few week is Reaper. With a cover that proudly boasts DTV staples Vinnie Jones and Danny Trejo kitted out as Grim Reapers, it is clear that Philip Shih’s film will find an audience, regardless of its quality.

Part road movie, part-supernatural slasher, Reaper follows young hitchiker Natalie (Shayla Beesley) laying low at a derelict motel where she meets kindly criminal Jack (Trejo) and his seedier boss Rob (Jones). Little to their knowledge all three of these unsuspecting strangers will become targets to resurrected death row prisoner/supernatural creature The Reaper.
There is a lot of fun potential lurking in Reaper. Shih’s film has no illusions of grandeur and is clearly happy to embrace the throwaway schlock style that its premise promises. Putting some inventive twists on the slasher – the concept of a cult leader coming back as an electro-shocking ghoul is an undeniably original one, and allows for some entertainingly grisly set-pieces. However, we simply do not see enough of the supernatural-chaos that a tale like this deserves – instead we see Shih attempt to balance two styles as they both gradually veer out of control.
The blending of the two genres: pulpy road movie and supernatural horror, never gels well enough to maintain our engagement. Had this simply been a story of a young girl who encounters dangerous criminals in a seedy motel, then Shih’s film would have sufficed – however, despite the inventive concept behind the supernatural proceedings – they feel awkwardly crammed in – lacking the depth and detail that they deserve.
Trejo and Jones are likely to be the biggest draw here to genre fans, and as many will know, front and centre of the poster or DVD cover does not guarantee that the actor will feature heavily. This is exactly the case with reaper where the leaving the bulk of the film is carried by Beesley – who does solid job. Whilst the character does not have the makings of a classic final girl, Beesley proves an engaging screen presence who has enough gumption and spark to pull the tough hitchiker role off with ease.
If in the mood for some schlocky fun that requires you to leave your brain at the door, you could do far worse than Reaper. Those after some cold, hard horror or a film which utilises their favourite B-Movie star, Reaper may be one to miss.
Reaper is out now.