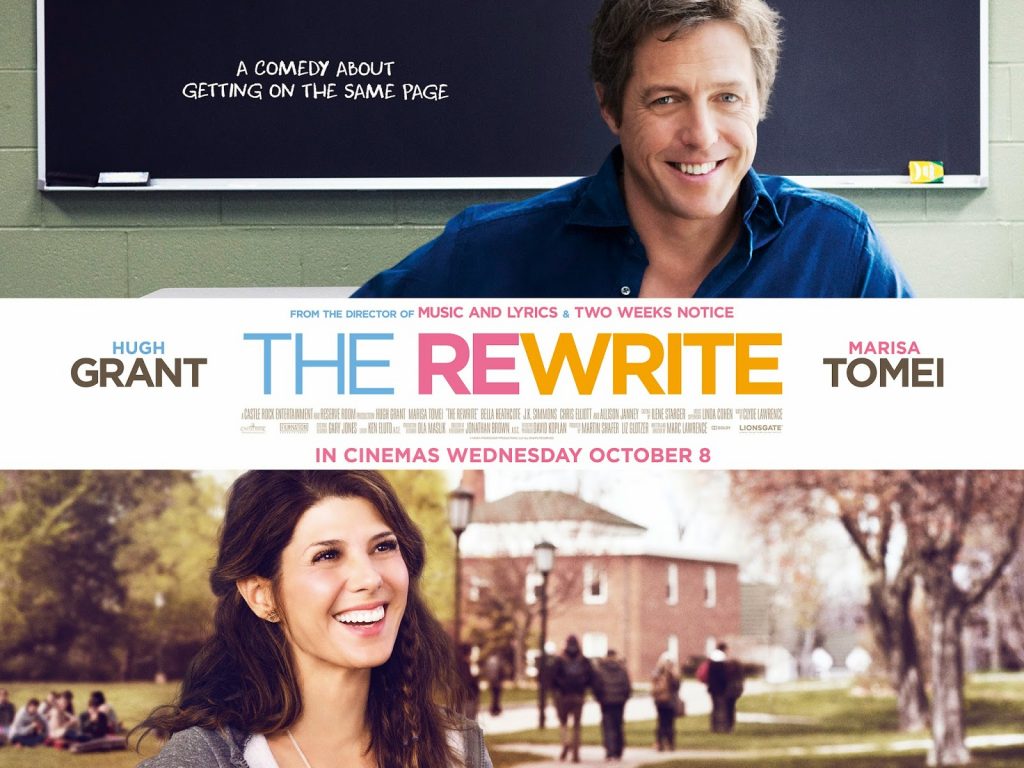 Hugh Grant makes a rare return to the big screen for shock horror, a new romantic-comedy. The Rewrite sees him re-team with writer-director Marc Lawrence (Did You Hear About the Morgans?, Music and Lyrics) in a ride that is pleasantly mediocre.

After his career slumps Oscar-winning screenwriter Keith Michaels (Grant) takes a teaching job at a small East Coast university, where he falls for a gutsy single mother (Marisa Tomei).

There are no surprises in Lawrence’s narrative: the characters are likeable, the threat has no real consequence, and the story could have been penned by an automatic script-writing machine. However, there are several entertaining streaks in The Rewrite thanks to entertaining turns from Grant and Tomei, as well as some heavy-handed yet mildly fun send-ups on the backstabbing world of Hollywood.

The former big-shot screenwriter in a small town University angle provides some fun fish-out of water moments – most notably seen when Michaels interacts with his stuffy Jane Austen obsessed colleague Mary Weldon (a scene-stealing Allison Janney). However, for the most part this is Grant’s show – and the actor, who could play this role in his sleep – still proves to be an engaging presence on the big screen. The dry wit and charm that Grant excels at keeps proceedings moderately amusing – albeit this is more of an odd titter affair than one with full-on bell laughs. Tomei has a convincing chemistry with Grant and makes an engaging female-lead.

The Rewrite is not going to be everyone’s cup of tea, but for those who like their comedies lightly charming and a little bit conventional, you are in safe hands with Grant and co.