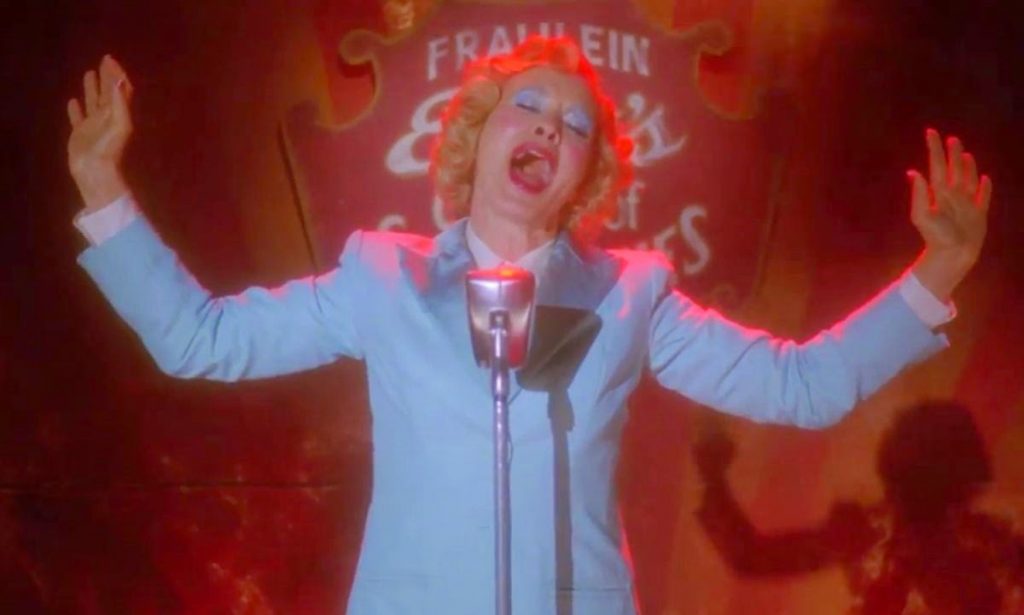 American Horror Story: Freakshow doesn’t hit UK screens for another couple of weeks – but there was no escaping the social media buzz after its US premiere this week. Much of this buzz came from the fact that the Grand Goddess to all AHS fans, Jessica Lange took on another iconic tune (after belting out The Name Game in Asylum) and the results were jaw-dropping.

However, the big question is, is Jessica’s version camper than Barbra Streisand’s 1974 rendition of the track? I reckon it just beats it. I’ll have another OMG post up in the coming weeks after Ryan Murphy has promised that the actress will be taking on a Lana Del Rey number in coming weeks. I can hardly contain myself.

American Horror Story: Freakshow premieres on FX in the UK on October 21st. Check out Jessica’s tour de force below.