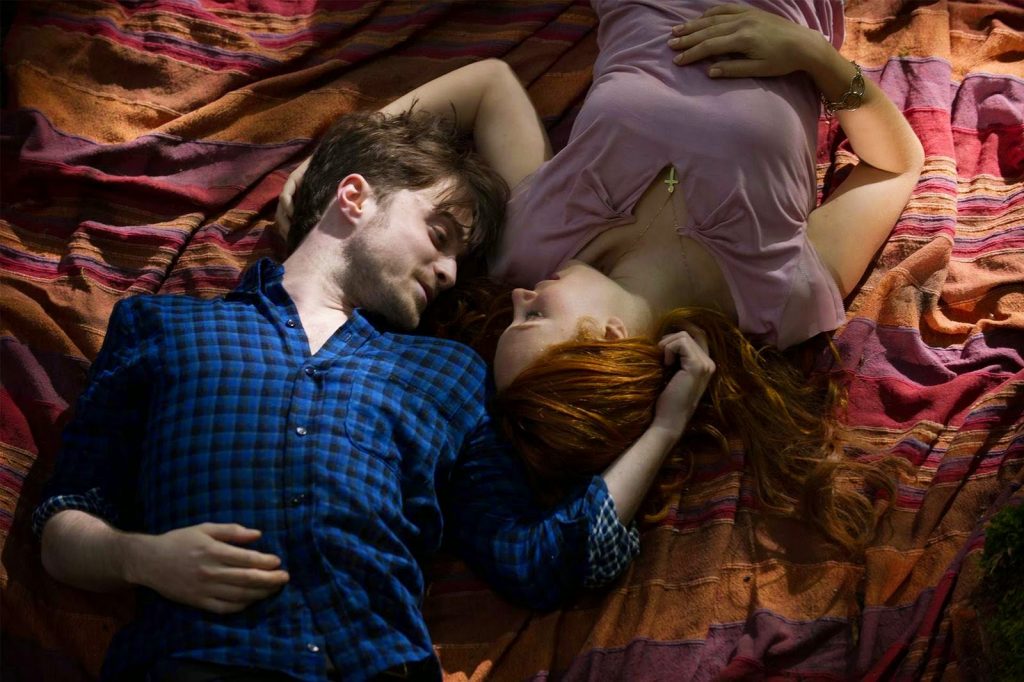 Daniel Radcliffe continues to prove that he is a versatile acting talent with Horns, yet the actor is sadly one of the few redeeming elements of this contrived gothic fantasy-horror.

Alexandre Aja (Piranha 3D) directs this adaptation of Joe Hill’s (Stephen King Jr.’s) debut novel, which follows a young man (Radcliffe) who awakens to discover horns growing from his head after the mysterious death of his girlfriend (Juno Temple). As he discovers the powers that these horns hold, he begins to use them to piece together the final moments of his girlfriend’s life.

Straddling several genres, yet never fully committing to any, Keith Bunin’s adaptation of Hill’s novel flirts with gothic romance, the supernatural slasher, and an amateur detective tale. However, this is a project that is never horrifying or twisted enough to stand as a gothic genre piece, nor interesting enough to engage us as a whodunnit mystery tale. Packed with contrived plot twists and amateur sleuthing that the laziest episode of Murder, She Wrote would not even stoop to, Horns showcases great potential which ultimately feels squandered by poor narrative traction and misjudged direction.

Shot with a mix of garish fantastical bright colours attempting to evoke some sort of whimsy, balanced with a Gothic darkness (from black forests to dingy bars), Horns is a tale that jars as much visually as it does narratively. This mismatched style continues throughout the film tonally, blending crass humour, blood and guts imagery, and light-hearted whimsy into these settings. There is a clear desperation to evoke the nostalgic joy of childhood summers in the jarringly irrelevant flashback segments which bog down the narrative in an attempt to craft a Stand By Me/Stephen King’s IT style whimsy, which proves misguided. Other issues come in Aja’s picking and choosing when to follows the supernatural mythology initially established – with Radcliffe’s Ig Perrish gradually becoming less affected by his demonic abilities as the creative team become fed up with them.

Fortunately Radcliffe does provide an engaging grittiness to Horns. With initial suggestions that Ig may have been responsible for his girlfriend’s death, it allows for the actor to shine as an interesting and darkly enigmatic lead – and helps Radcliffe to play against type as the potentially dangerous bad boy. There’s also welcome support from a charming Juno Temple and a fabulously camp Heather Graham as an icy diner waitress with dark motivations.

Despite an impressively dark lead turn from Radcliffe, Horns never seems to find a suitable direction. With some potential in its underdeveloped supernatural angles and twisted gothic fantasy – Aja’s film ultimately settles on a contrived whodunnit route that never gets going.