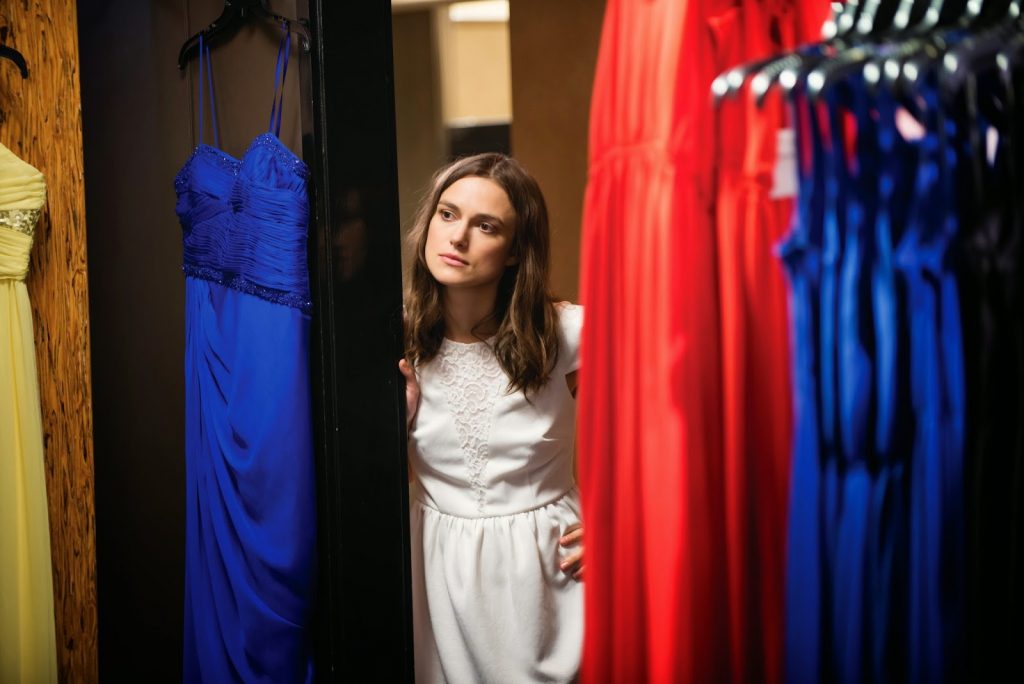 Poignant and effortlessly amusing, Lynn Shelton’s Say When is one of the most pleasant cinematic surprises of the year – and also provides Keira Knightley’s most impressive performance yet.

When faced with the prospect of settling down, twenty-something Megan (Knightley) is faced with her quarter-life-crisis. Say When sees her attempt to avoid her expectant boyfriend by claiming to be attending a career’s workshop, but instead she lies low at the house of a teenage girl (Chloe Grace Moretz) who she has become unlikely friends with – much to the shock of her father (Sam Rockwell).

Screenwriter Andrea Siegel has crafted a light-hearted, yet emotional stirring look at the emotional crises faced by many twenty-somethings. Surrounded by friends settling down and faced with struggles to find the next step after university life, Megan simply likes to avoid the stress of answering these tough questions. Like its protagonist, Shelton and Siegel have crafted a breezy watch that hits the right balance between awkward humour, touching emotion, and joyful quirkiness.

There is humour in Say When is wonderfully self-aware, yet never feels forced. Scenes like Megan tweeking the nipples of a Budha at a ‘sophisticated’ bachelorette party set the cheeky, comical tone of Shelton’s film. Later, Siegel’s screenplay draws attention to the how strange it is for a grown woman to be sharing a room with a teenage girl – and much of Say When’s humour is drawn from this – most notably in Sam Rockwell’s character’s perplexed reaction to this.

Say When is such a light watch, to say Keira Knightley’s performance ‘anchors the film’ would be misjudged, but the actress’s amiable turn truly captures the spirit of the feature. Whilst she is somewhat awkward, Megan is essentially a lost soul struggling to find a place in the world – and Knightley channels this gorgeously. Equally charming performances from Sam Rockwell and Chloe Grace Moretz ensure that Say When is continually engaging, charming, and likeable.

Effortlessly charming, strangely amusing and unexpectedly poignant, Say When is a delight from start to finish.