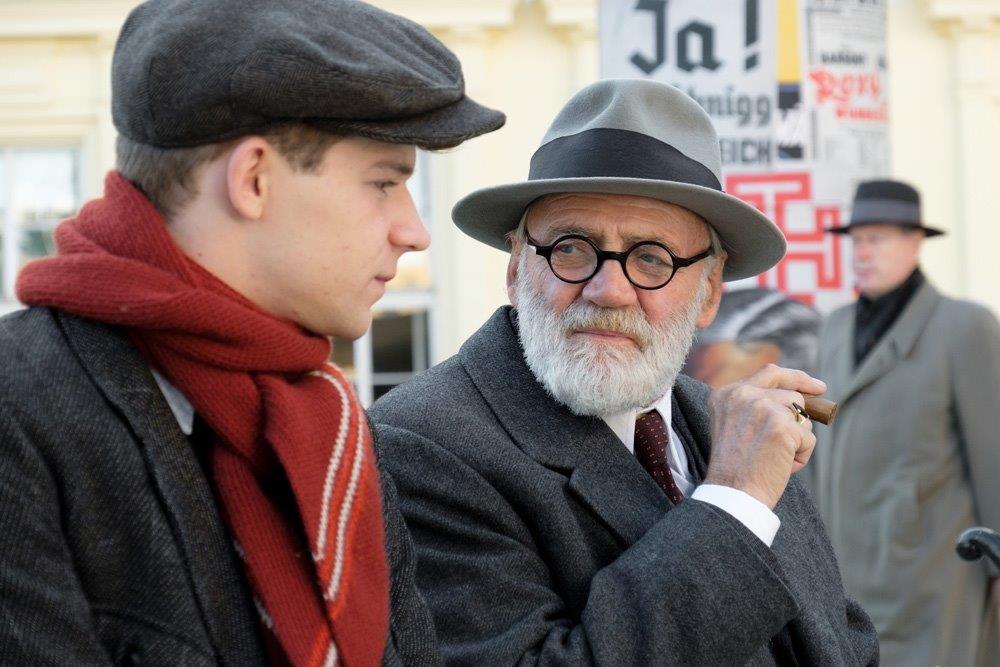 Bruno Ganz takes one of his final supporting roles in The Tobacconist (Der Trafikant) an Austrian coming of age drama from Nikolaus Leytner. Based on the novel from Robert Seethaler, this gentle drama captures a snapshot of Vienna amidst the rise of fascism.

Franz (Simon Morze) moves from rural Austria to Vienna after the death of his father, where he begins work in a tobacconist shop. Franz navigates his developing love life against a backdrop of Austria during the rise of fascist sentiment. However a budding friendship with Sigmund Freud (Ganz) provides guidance in these unsettled times.

Klaus Richter and Leytner’s narrative strength comes through its well-crafted characters. Franz is an endearing protagonist – initially beginning as a passive bystander, yet as he grows in confidence and strength throughout he becomes an agent of change. Richter and Leytner construct Franz in an endearing manner – a rural outsider approaching life without judgement who is swept up in the wave of unpleasant fascism that rears its head in the Austrian capital and ultimately drawn into this on a personal level. Morze’s performance is the beating heart of The Tobacconist bringing soul and humanity to this historical piece. Ganz is equally impressive, bringing a warm gravitas to his turn as Sigmund Freud who bonds with Franz, whilst also being displaced by the rise of the far right.

Leytner’s direction is perhaps more ambitious than one might expect from a period piece of this kind, as he dips into the nightmares that plague Franz. This allows some visual panache and style – further to the gorgeous rural and Vienna visuals captured by cinematographer Hermann Dunzendorfer – to fill The Tobacconist. Surrealist visions and moments of darkness (a neat parallel to the rise of political darkness) ensure that The Tobacconist is an exciting visual piece.

Impressive in its exploration of European history, its depiction of human relationships and coming of age, and ambitious in its visual style, The Tobacconist is a sheer delight. In equal parts heartfelt and informative, Leytner has crafted a magnificent piece of European cinema.