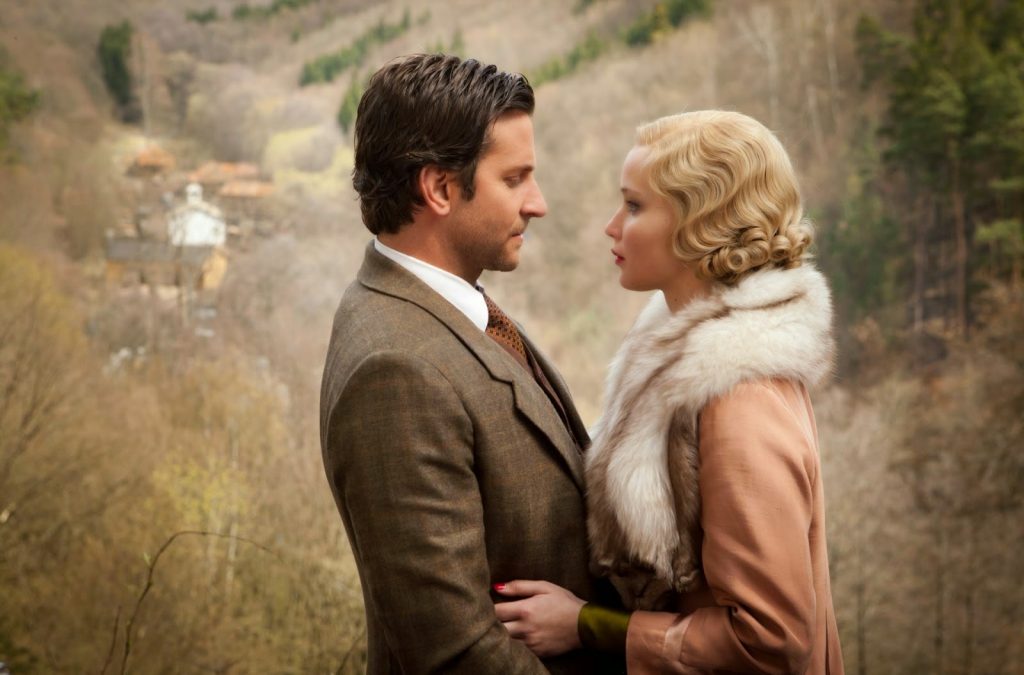 Selecting the top twenty cinematic highlights of the year is always a tricky task. With no shortage of brilliance 2014 has been no exception. We’ve included these features as they have either seen cinematic, VOD, home video or film festival releases this year. Our Top 10 is also featured on fellow film site The People’s Movies.

Let us know in the comments section if you agree with our choices. 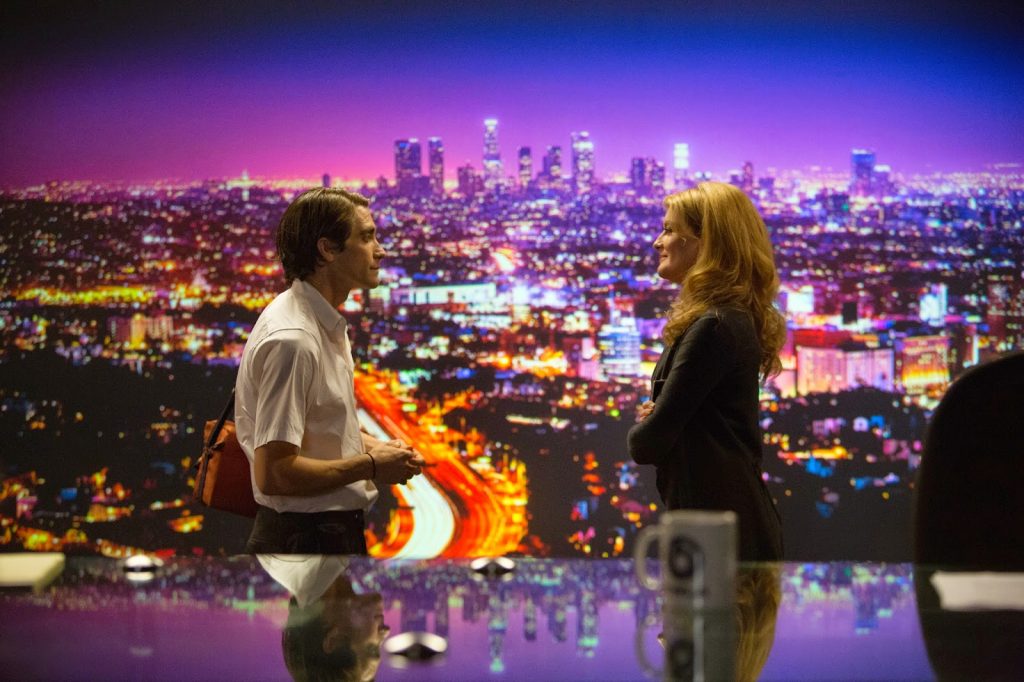 This unnerving look at the seediness of the news business is presented in such an engrossing morbid manner that it remains relentlessly fascinating. However, it deserves a place here for Rene Russo’s powerhouse should-be-nominated supporting performance alone.

The Purge: Anarchy builds on the foundations of the first film to take the series to new heights. With an atmosphere of anarchy and chaos that evokes the grindhouse cinema of yesteryear, director James DeMonaco has crafted a thrilling piece of action cinema where Frank Grillo excels as the charismatic Plisken-esque lead. 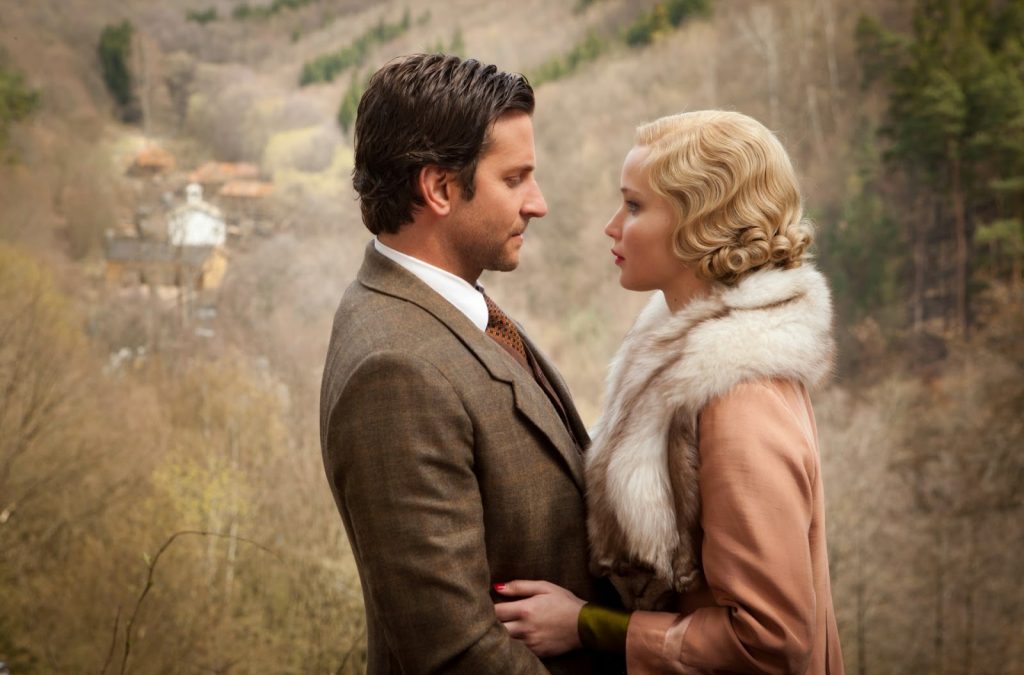 Serena is an absorbing, emotionally-wrought and highly-charged piece of Southern melodrama showcasing the sensational talents of Cooper and Lawrence. 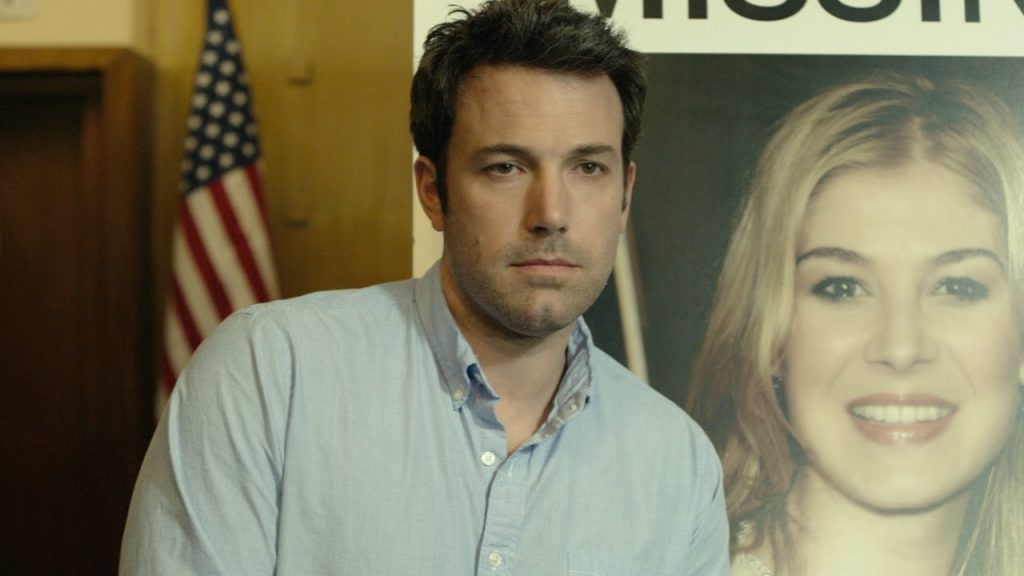 With an acid-tongued wit, blood-soaked twists and turns, and performances to die for, Gone Girl is a depraved delight capturing the bleak world of matrimonial madness. 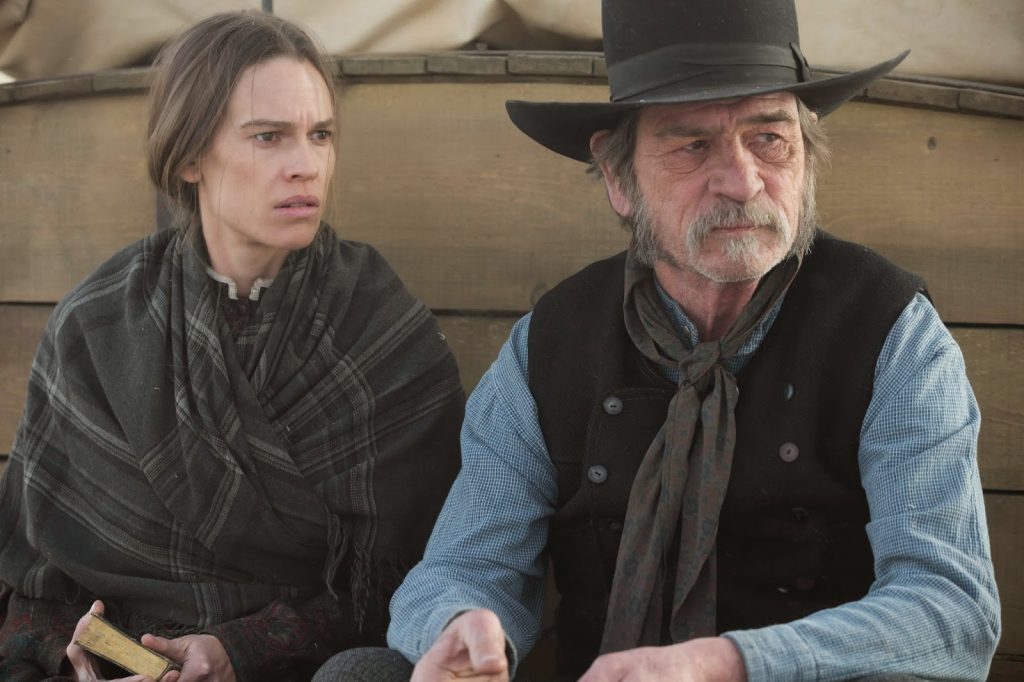 Bleak yet highly captivating, The Homesman showcases Hilary Swank and Tommy Lee Jones as two talents at their finest. With restrained direction, rich visuals, and well-pitched characters (none more so than Swank’s Mary Bee Cuddy), The Homesman is one of the most impressive films of 2014. 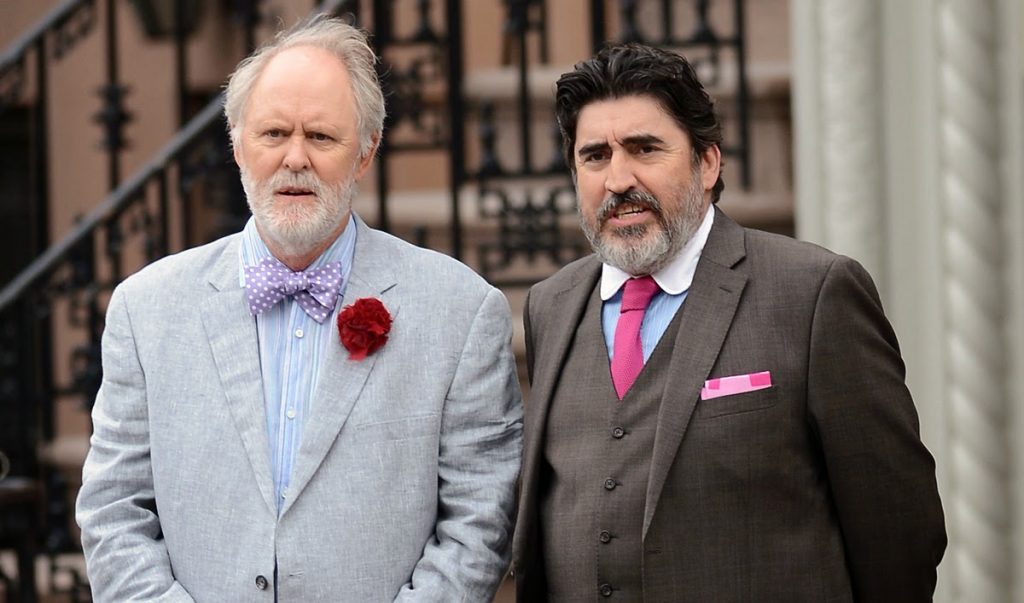 Remarkably poignant, effortlessly gorgeous and charmingly performed – Love Is Strange showcases the strengths that human love can stretch to in the face of conflict. John Lithgow and Alfred Molina are magnificent. 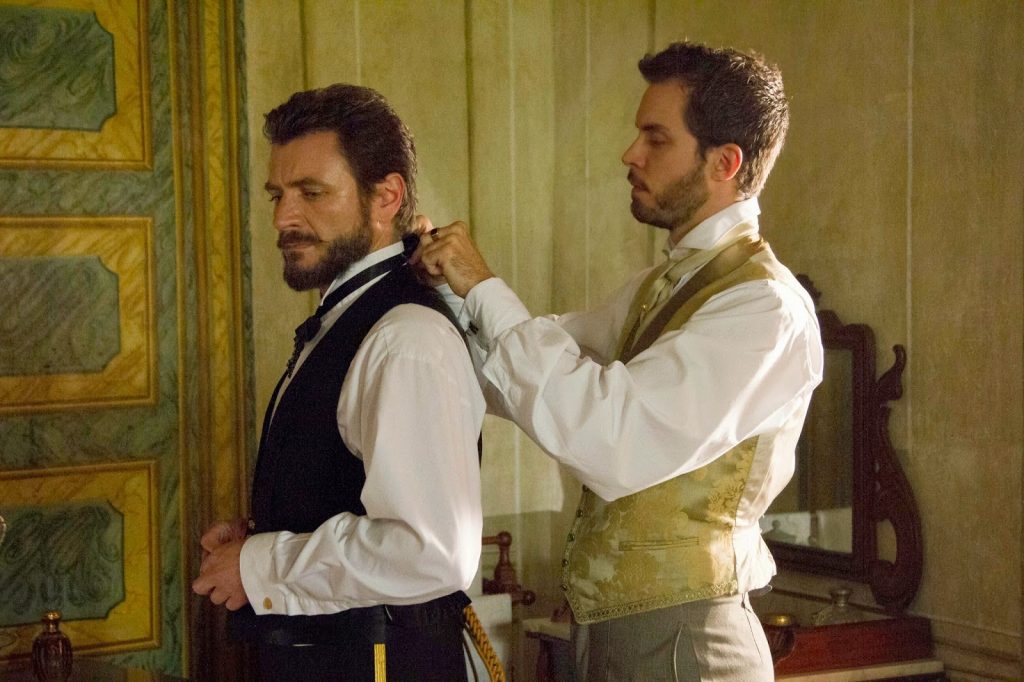 Falling Star is a consistently engaging experience filled with vibrancy, dazzling surrealism, and a raw sexuality. Minarro has crafted an outstanding cinematic experience that demands your attention. 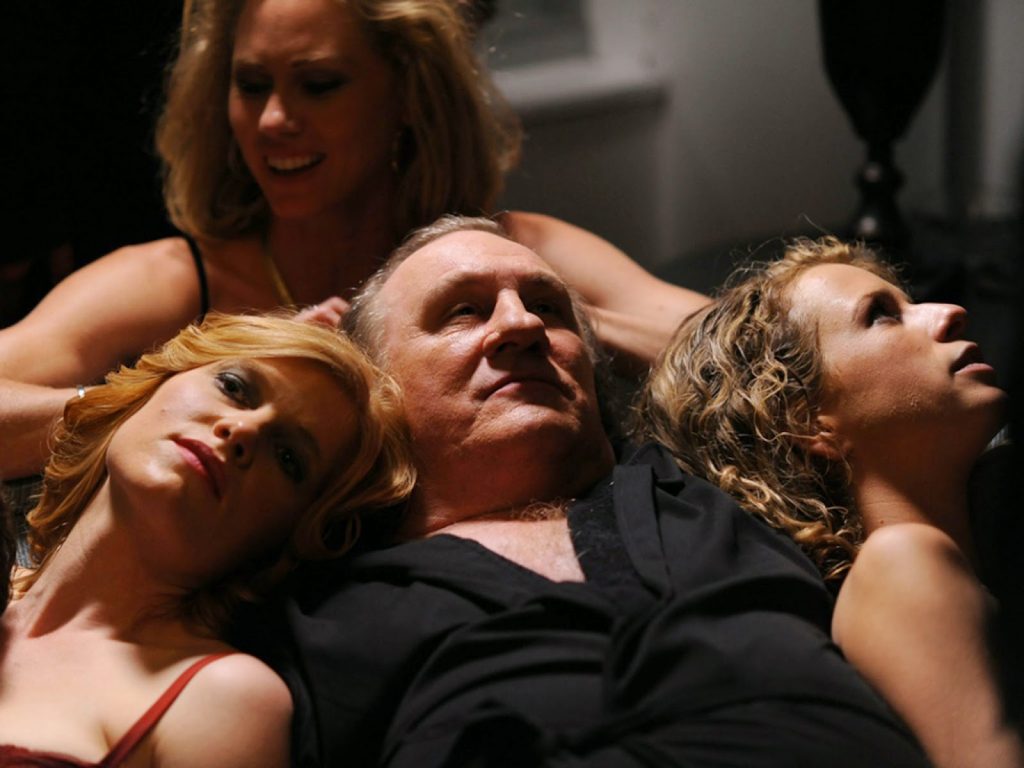 Welcome to New York is a staggering watch that simultaneously thrills and repels. Gerard Depardieu’s unrestrained performance is utterly fearless and marks the pinnacle of his career. 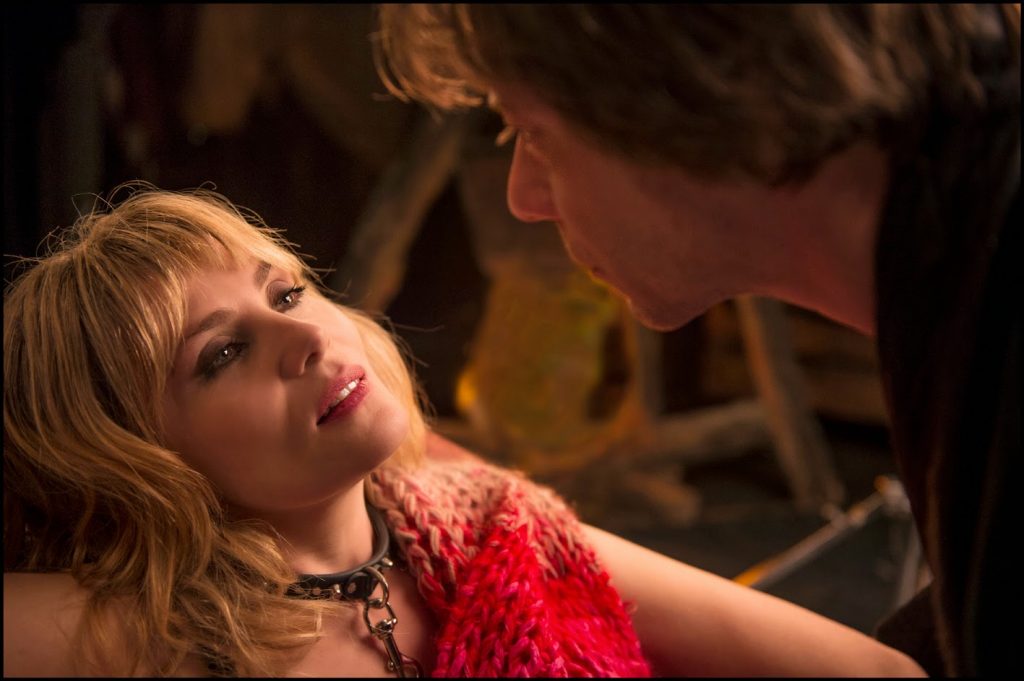 With its wry humour, increasingly-sinister narrative, unnerving tension and claustrophobia, Roman Polanski delivers a real treat with Venus in Fur which is a tremendous addition to his already exceptional body of work. 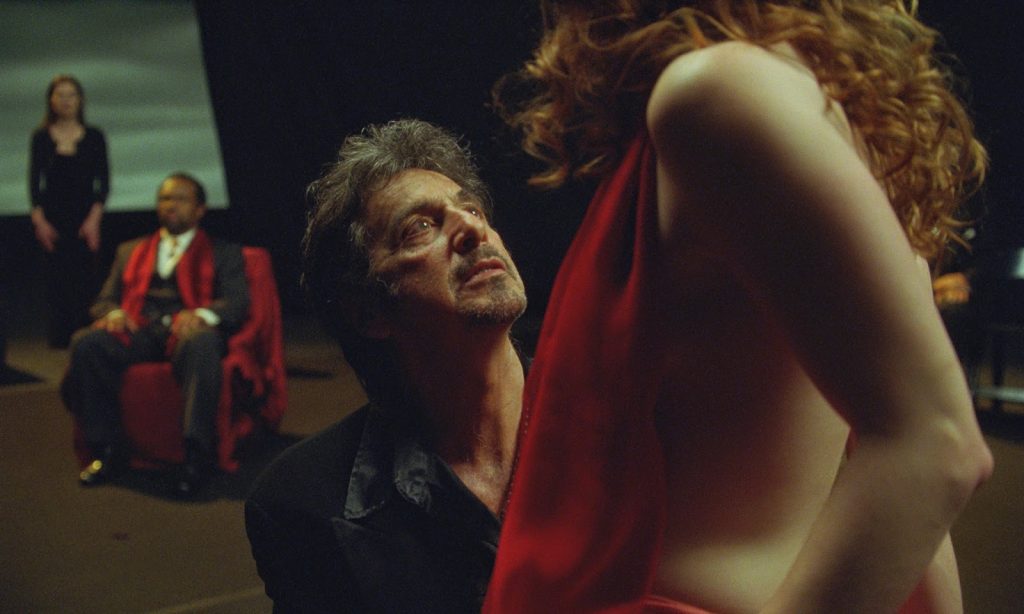 Both thematically and visual magnificent, Pacino’s Salomé is like no other theatrical adaptation. Brimming with dynamism and fiery energy, Pacino captures this warped ancient tale of sexual awakening and bloodlust as it should be told. 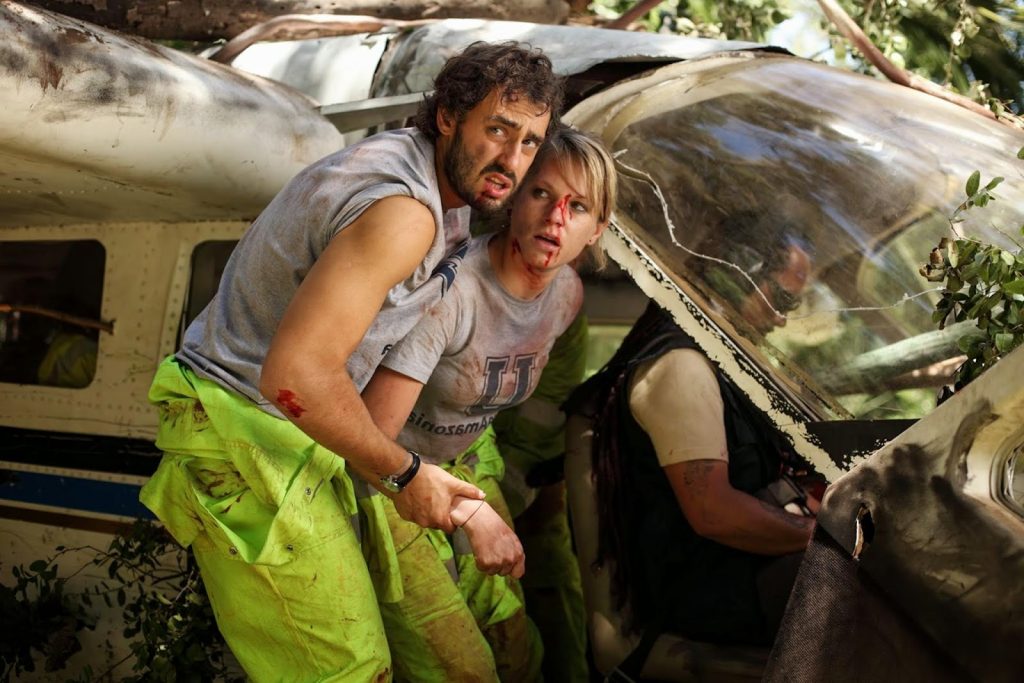 The Green Inferno is without doubt Eli Roth’s finest work to date. Shot with masterful suspense and a nerve-shredding atmosphere, Roth has presented a future horror classic that is filled with wonderful shocks, stomach-churning gore and also a huge amount of fun.

Ryan Phillippe’s directorial debut Catch Hell was one of the most pleasant surprises of the year. This darkly intense Southern kidnap thriller may have been limited-release but is destined to become a cult favourite. Excelling as a grisly kidnap thriller and as a satirical glimpse at Hollywood, Catch Hell is an exciting first chapter in the actor’s directing career. 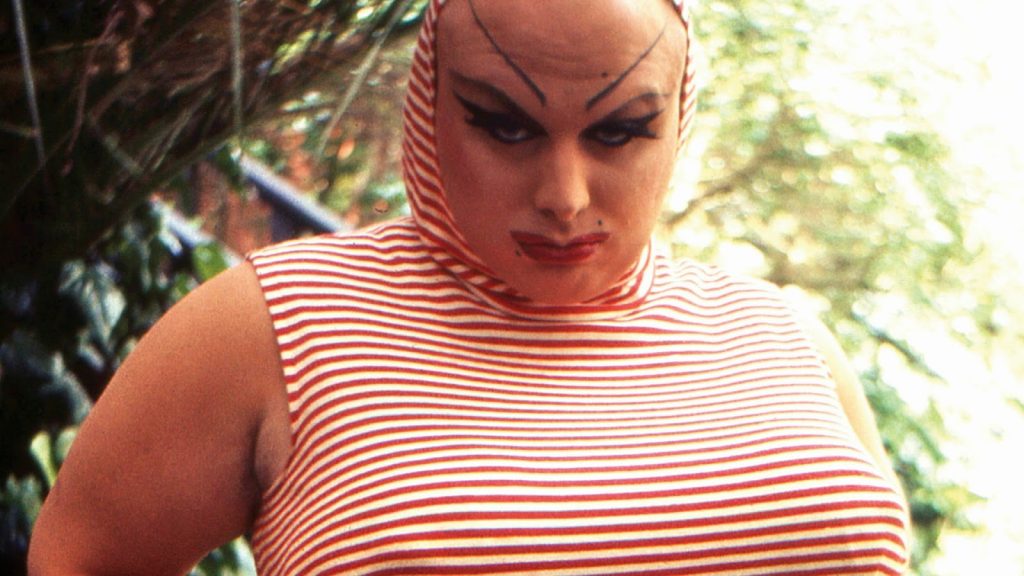 I Am Divine is an immersive and joyously entertaining glimpse into the live of Harris Glen Milstead aka John Waters’ much-missed muse Divine. No stone is left unturned whether it be detailing the Waters’ collaborations, Milstead’s stage and recording careers, or breaking the cult titan down to a raw human level by detailing his personal struggles and generous character.

Pride feels like an effortless watch – it is charming, fun and packs a strong emotional punch without relying on schmaltz and clichés. This tale of people joining together to fight social and political injustice is an outstanding feel good experience that truly inspires. 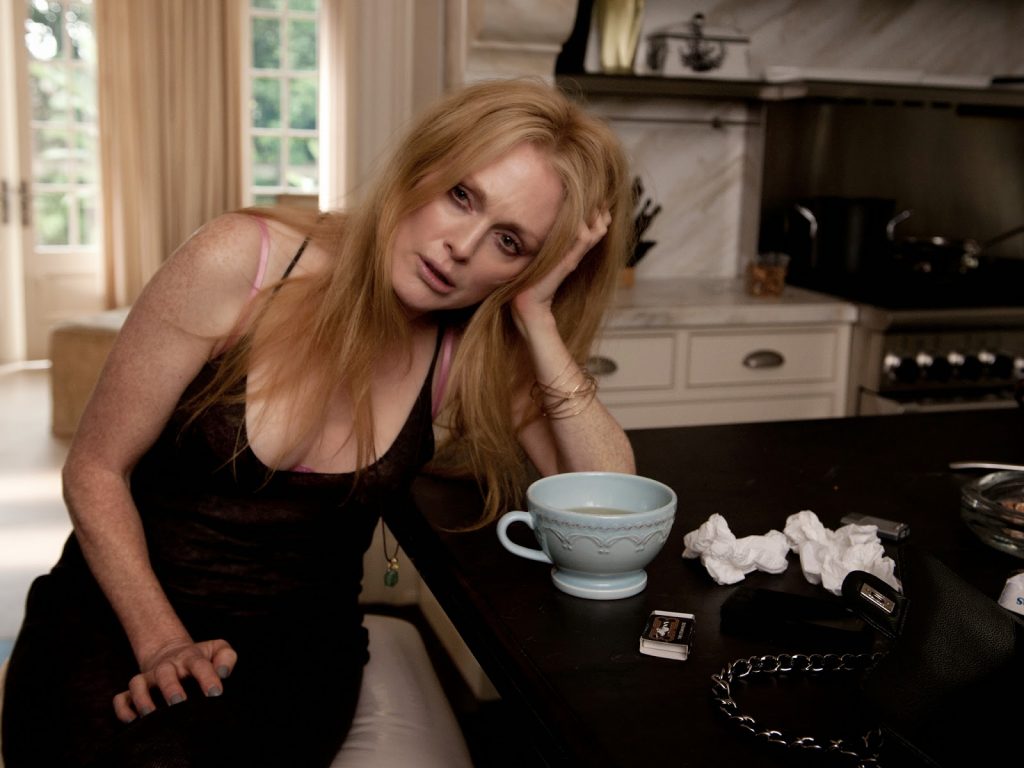 A dark, highly-satirical narrative combined with bold surrealist direction makes Map to the Stars one of David Cronenberg’s most refreshing and uncompromisingly original features in recent years. A magnificent performance from Julianne Moore and exceptional supporting appearances makes this sinister tale of Hollywood depravity, ghosts, pyromania and incest a must see. 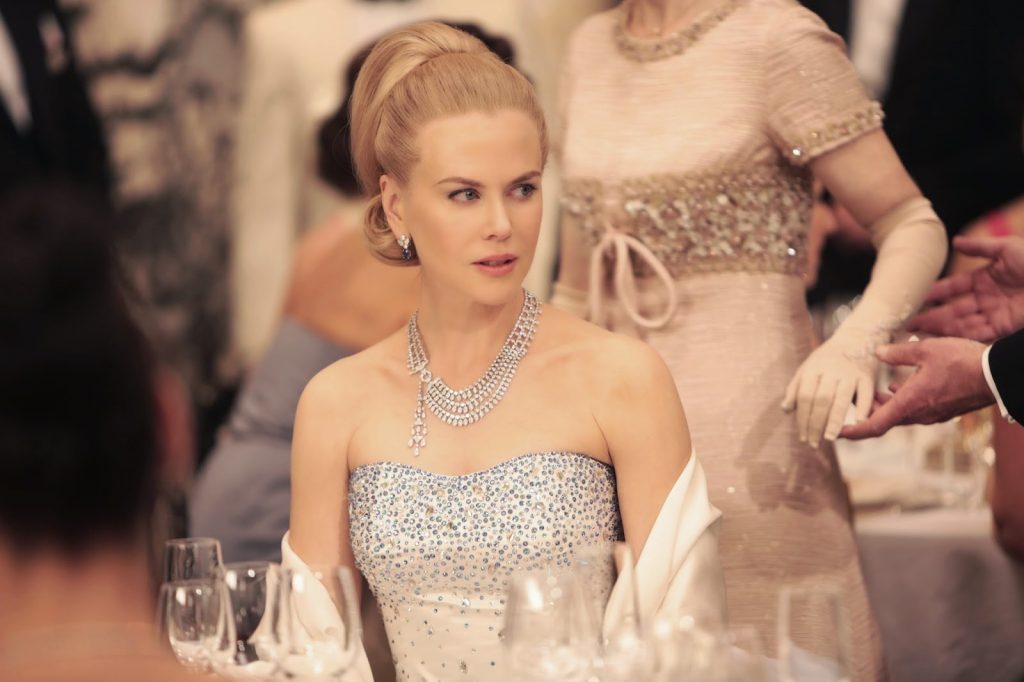 Grace of Monaco is a sheer force of nature. Olivier Dahan has crafted an overblown, theatrical and superficial melodrama filled with sparkling glamour and a fairytale-like visual awe. Grace of Monaco is the first truly magnificent camp classic since Showgirls. I loved every minute of it.

4. The Dance of Reality 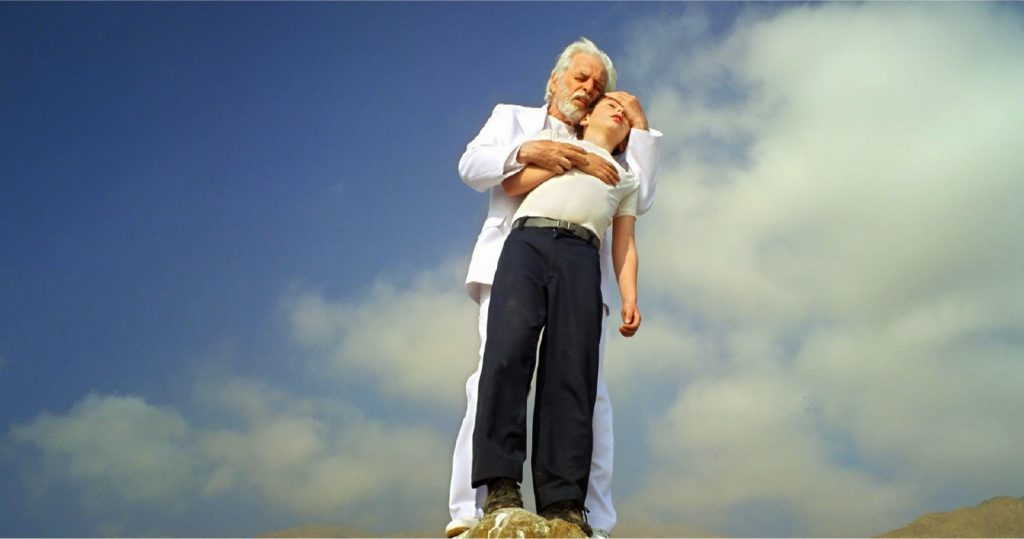 This a true exuberant masterpiece from Alejandro Jodorowsky, both a visual feast and ideological one. Filled with a sense of magical realism and mysticism this is a consistently enlightening look at the creation of a titan of cult cinema.

3. The Two Faces of January 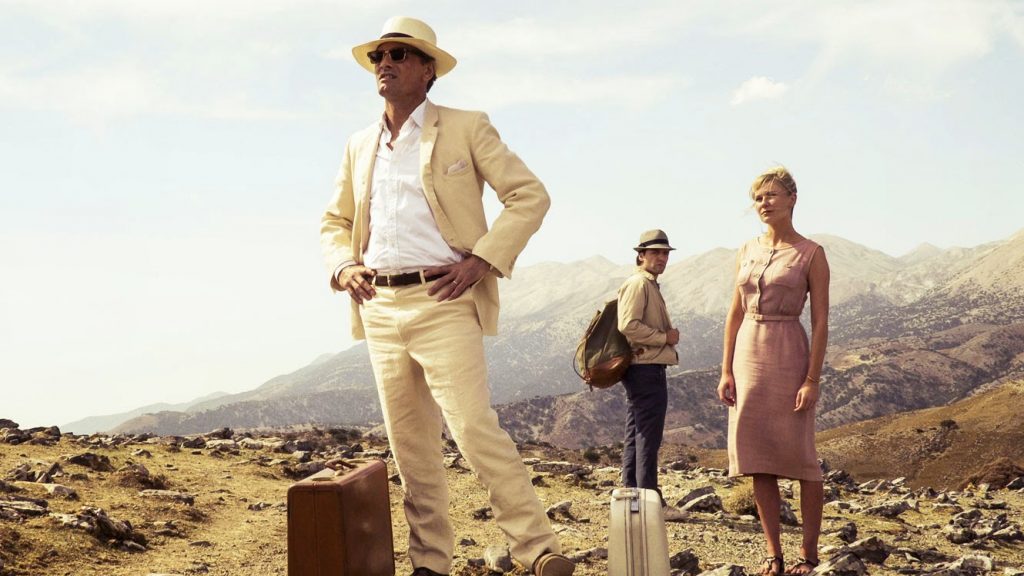 The combination of Patricia Highsmith’s ever-thrilling literary mind and Hossein Amini’s tense and engaging direction, The Two Faces of January is a gripping watch. Rich visual detail in the form of jaw-dropping gorgeous costumes and photography, coupled with magnetic performances help The Two Faces of January assert itself as one of the finest films of 2014.

The Guest is a no holds barred throwback to the glory days of the late-eighties horror-thriller. Packed with stirring visuals, a tone that is unsettling yet darkly comic, and a career defining turn from Dan Stevens, The Guest is a firm favourite of the year. 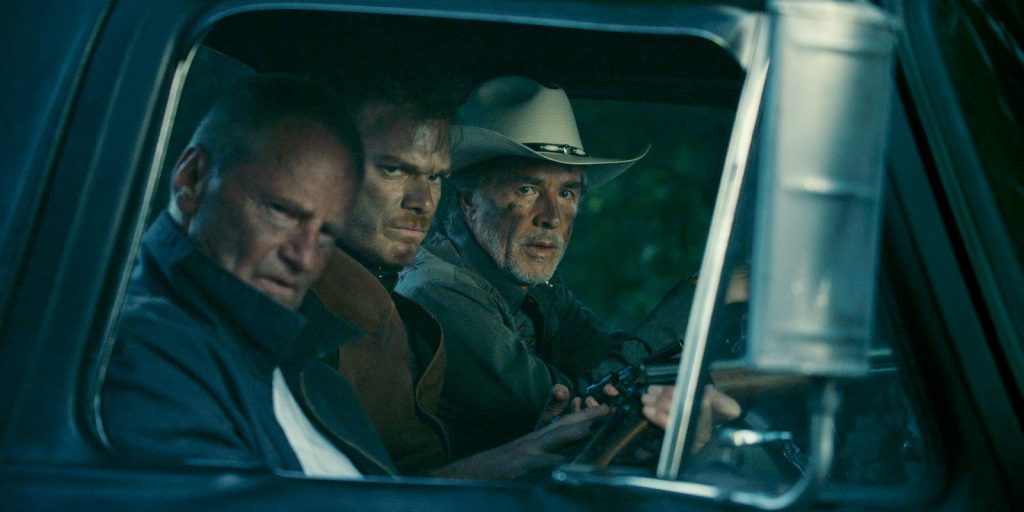 Cold in July is more than a throwback to the vigilante B-Movie, it’s an unpredictable experience from start to finish that successfully grips, amuses and delights throughout. Don Johnson and Sam Shepard have never been better than this.

Tags: Catch Hell, Cold in July, End of Year, feature, Films of 2014, Love Is Strange, Map to the Stars, new, Nightcrawler, Pride, Round Up, Salome, Serena, The Guest, Top 20