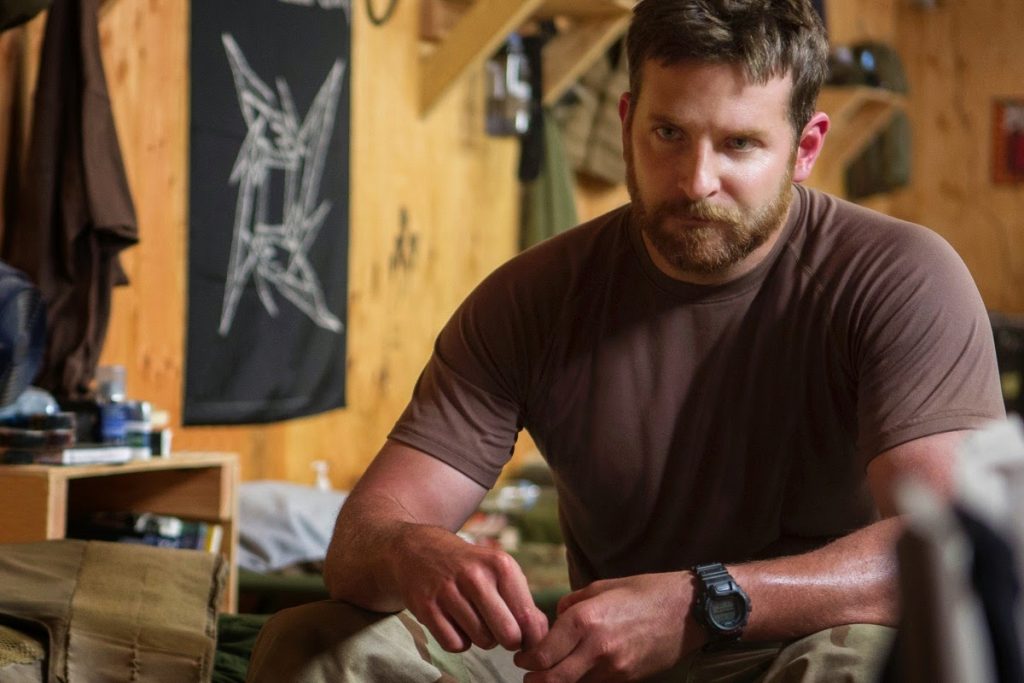 As someone who maintains that Clint Eastwood has never directed a bad film (even finding much to enjoy in Hereafter), it is safe to say that American Sniper was eagerly anticipated. The director remains a relentlessly safe pair of hands behind the camera, with Eastwood excelling at capturing warzone tension – despite American Sniper’s leaning towards overbearing patriotism and hero worship.

Based on the late Chris Kyle’s memoirs, American Sniper: The Autobiography of the Most Lethal Sniper in U.S. Military History, Eastwood’s tale follows a NAVY seal’s (Bradley Cooper) life on the battlefield in Iraq, whilst also tackling his struggle to readapt to life back in the small-town USA.

Whilst Eastwood has never been one to pack his films with stylistic flair, he remains a reliable storyteller who loads his films with equal amounts of heart and stoic gravitas. American Sniper is no exception to this. However it is the remarkably tense Iraq-set sequences that the director shines through. Scenes shot from the point-of-view of Kyle’s sniper rifle as the seal faces life-or-death calls – are unnervingly tough to watch and impressively crafted with a frantic energy. There’s also a gripping action-packed chaos in the battlefield scenes (akin to last year’s Lone Survivor) that feels viscerally brutal and continually tense – resulting in American Sniper as a watch that continually thrills.

Jason Hall’s screenplay gives us an immersive look at the tension and life or death decision making taking place in conflict zones, but in doing so it feels as if we never get a solid grasp of what makes Kyle tick. We get the sense he is patriotic and would happily lay down his life for his country, yet initially as a protagonist there is little else to him. Fortunately trips back from Iraq and Kyle’s subsequent struggle to adapt provide some character interest and emotional transition – allowing Bradley Cooper to really sink his teeth into the role. Many of the scenes showcasing Kyle’s return from Iraq stand as the film’s most emotionally powerful, with Eastwood capturing the sense of loss of purpose that many soldiers feel upon returning home.

Kyle’s relentless patriotism and reputation as a legend may plague American Sniper with an overbearing sense of hero worship that could slightly detach international viewers. Especially so when American Sniper presents little to challenge this gung-ho notion of war – despite the odd tough decision that Kyle faces (e.g. when targeting women or children posing a threat to the US military). There is not much to challenge Kyle’s glorification as a national hero here – instead American Sniper simply chooses to embrace his high kill count in awe-filled appreciation.

American Sniper shines as a tense portrait of life in a conflict-zone, yet impresses as a character study that tackles the effects of war. Cooper is outstanding especially as he gets under Kyle’s skin in the latter half of the film.