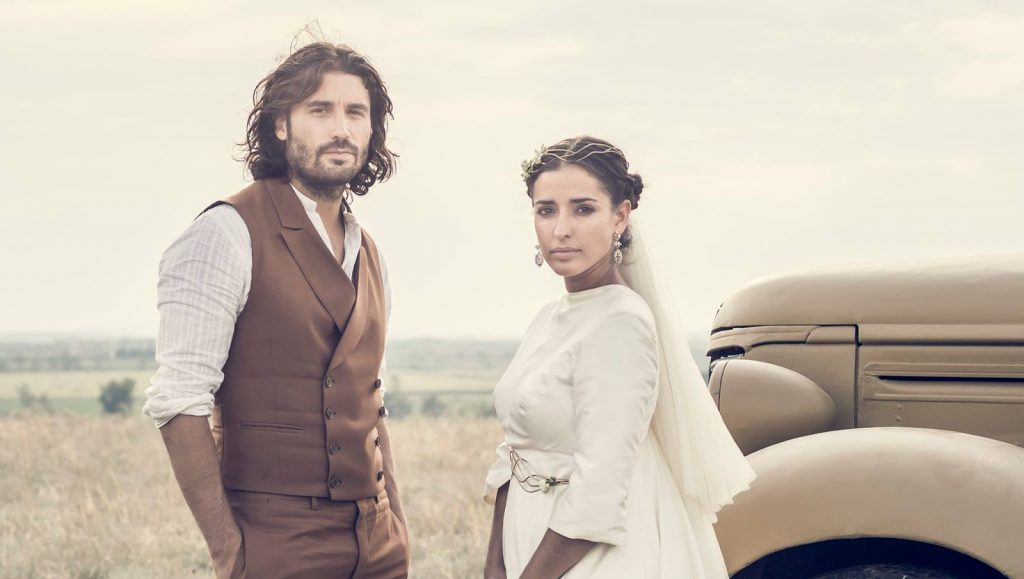 Visceral Spanish drama The Bride plays as part of the Edinburgh International Film Festival’s Once Upon a Time in Spain retrospective and provided festival-goers the chance to see a simmering piece of the country’s best cinema.

Based on Federico García Lorca’s 1932 play Blood Wedding, The Bride follows a traditional Spanish wedding of a Bride and Groom in a rural part of the country. The Bride (Inma Cuesta), Groom (Asier Etxeandia) and neighbouring Leonardo (Álex García) have been inseparable from childhood and have a heated, passionate past which rears its head on this day of celebration.

Paula Ortiz directs and co-writes (with Javier García Arredondo) and captures the heightened emotion and passions of Lorca’s text. This feels like an adaptation of a classic Shakespearian tragedy – each piece of dialogue pierces like a dagger – and is laced with pressing impact and weighted tension. Crafted with masterful suspense, The Bride documents the long-standing relationship between the trio through flashback interlaced with the present narrative adding further weight to the emotive drama that takes place.

As tensions rise to the surface and fiery passion takes over, The Bride’s earthy visceral direction truly shines. The rampant gallop of horses hooves, smashing of glass and pressure of feet crunching on sun-baked terrain are some of the examples of the hard-hitting visual aesthetic of The Bride. Masterfully captured by cinematographer Migue Amoedo, The Bride’s staggering visuals feel like the perfect counterpart to this tragic tale to unfold upon.

Inma Cuesta’s bold performance captures a woman torn between two loves, whilst Álex García delivers a brooding passion as one of the suitors. Praise should also go to Luisa Gavasa who delivers lines with vitriolic vigour as the mean-spirited, broken Mother of the Groom.

The Bride is a scintillating piece of Spanish cinema. Crafted with staggering visual might and a narrative that feels epic in the tragedy it presents, Paula Ortiz has created a captivating piece of cinema.