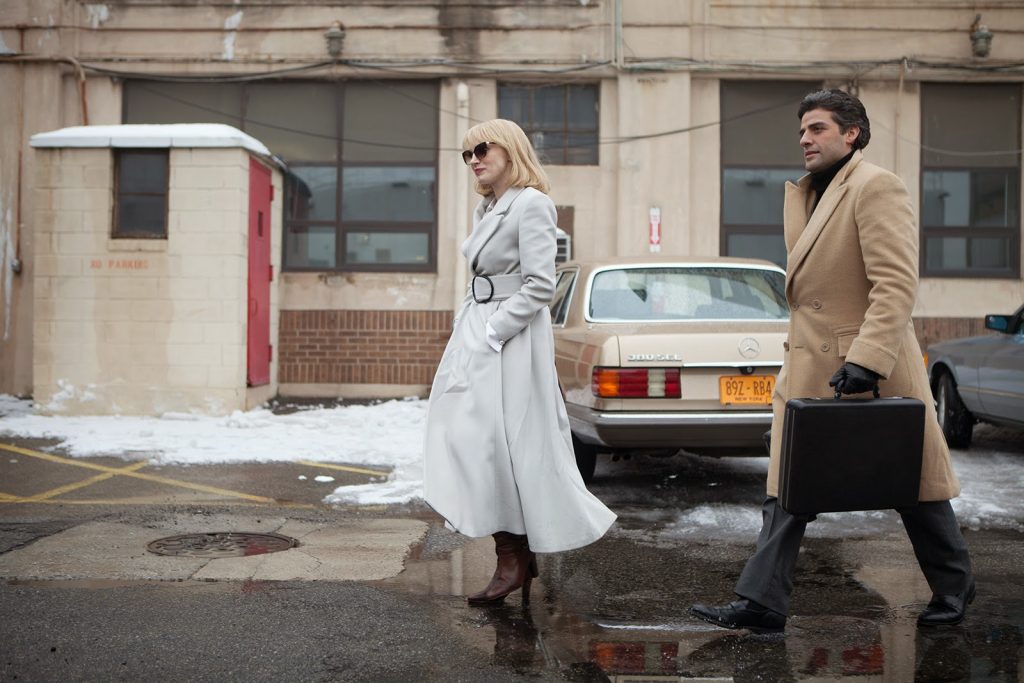 With most of the talk this week being centred on notable omissions from the 2015 Academy Award Nominations, nothing has shocked us more than the complete absence of J.C. Chandor’s A Most Violent Year. This slow-burning crime drama has lingered with us for days after viewing and is set to become a firm favourite of the year.

Abel Morales (Oscar Isaac) is a hard-working, ambitious immigrant who fights to protect his New York based business from competitors and the threat of corruption.

Chandor and cinematographer Bradford Young pack A Most Violent Year with the grizzled, bleak aesthetic of the hard boiled crime cinema of yesteryear. Paying tribute to cold, paranoia-infused atmospheres of the likes of The French Connection, The Taking of Pelham One Two Three, and Death Wish, A Most Violent Year is a bleak visual triumph. Snow-covered scenes of downtown New York and darkened industrial warehouse settings bring a real unsettled beauty to the fold.

As well as brooding aesthetic, Chandor’s provides a thought-provoking and darkly complex glimpse into the business underworld through his taut screenplay. This is a decaying landscape, filled with double-crossing, untrustworthy allies, and a lurking menace around every corner. Seeing Abel attempt to rise above the corruption and psychological pressure, whilst attempting to keep his business afloat in the wake of home invasions, attacks on his workers, and Government interference makes for an engrossing watch.

Isaac provides his most fascinating performance to date. Abel is a man intent on doing the honourable thing – paying his debts and honestly progressing through the business world – yet behind this is someone tempted by threats of darkness and corruption. A Most Violent Year also features a remarkable turn from Jessica Chastain, who commands the screen as Abel’s business-savvy, self-aware wife. A more ruthless entrepreneur than her husband, Chastain adds some further grit as Anna Morales – one who is not so against bending the rules to maintain a lavish lifestyle. The brooding and murky aesthetic is counteracted by a lavish glamour in Jessica Chastain’s sumptuous Armani outfits. On hand for outstanding support is Albert Brooks who provides his grittiest performance since Drive as the long-standing Morales’s attorney, and David Oyelowo who impresses as the investigative district attorney.

Intricately crafted and masterfully performed, A Most Violent Year is an engrossing and atmospheric slice of seventies inspired crime noir.