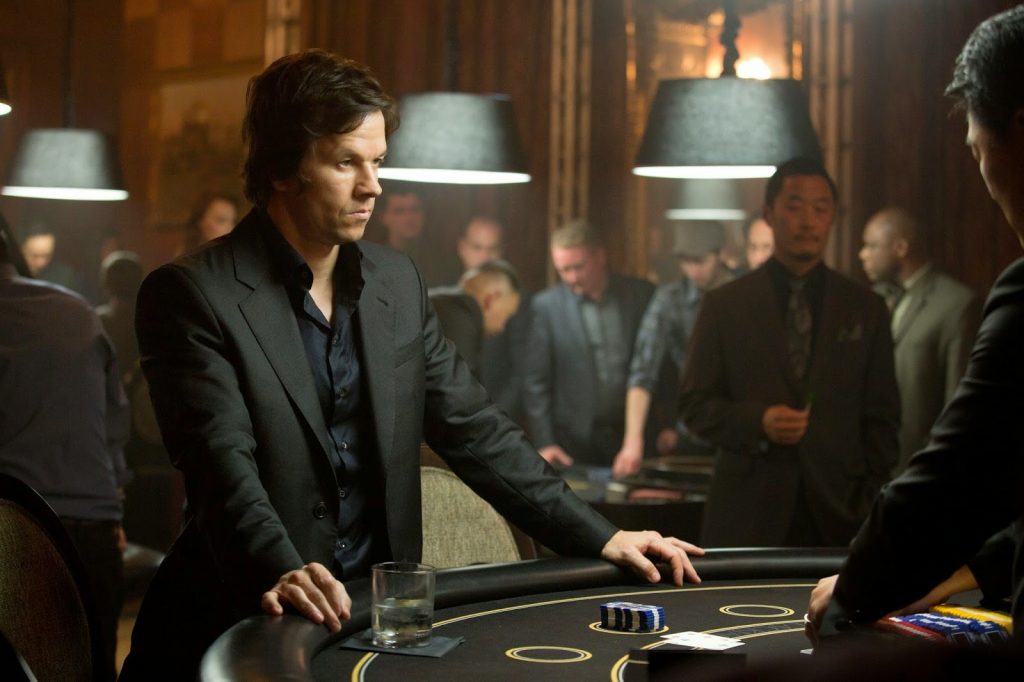 1974 James Caan crime-drama, The Gambler, is given an unexpected update from writer William Monahan (The Departed) and director Rupert Wyatt (Rise of the Planet of the Apes) with Mark Wahlberg taking the titular role. The end result is a curiosity that fails to embark on the conventional route you might expect – and is all the better for it. The Gambler is a savvy, amusing, and boldly uncompromising watch.

Instead of playing out like you might expect (a gambler loses it all then desperately scrambles to pay his debts back), Monahan’s narrative refuses to comply thanks to a sharp, self-aware protagonist that is so disillusioned with life that this could never fix itself conventionally. Wahlberg’s Bennett is a one-time novelist who openly tells a class full of students that there is no point attempting anything unless you are born with exceptional talent – which he aggressively points out, very few of them are. With no passion for his craft, Bennett can only find thrills in the luck of gambling and throughout The Gambler digs himself into deeper messes as he borrows money from anyone willing to pay-up.

As viewers we begin to stress about the gravity of Bennett’s situation, yet this is a man completely disinterested in paying back his loans and views the world through a cynical lens of pointlessness. Wahlberg does an outstanding job bringing a curious likeability to this jaded, frustrating role – even as we see him throw away continued chances of redemption. Without relying on grand set-pieces, The Gambler finds its thrills at the gut-punching, high-stakes developments on the card-tables, or in seedy saunas and derelict swimming pools with deadly gangsters. Wyatt breathes a huge amount of energy and dynamism, never letting this tale get too bleak or bright enough to compromise Monahan’s sharp prose.

Of course, there are the occasional contrivances found lurking within The Gambler. Brie Larson’s character lacks any development and fails to find a clearly defined purpose here, whilst the excellent Jessica Lange suffers from a lack of screen-time yet manages bring a waspy prowess to her short scenes.  John Goodman is terrific as the loanshark with a “Fuck You” attitude – and worryingly gets more shirtless scenes that the film’s handsome lead.

To top things off there’s an eclectic soundtrack that brings a charm-filled character and energy to the proceedings. Highlights include Billy Bragg’s cover of ‘Don’t Think Twice, It’s Alright‘, Dinah Washington’s sultry ‘This Bitter Earth’ and the joyously funky ‘Good Time Man’ from Discognosis.

The Gambler is set to be a divisive watch, but if you embrace Monahan’s savvy narrative, Wyatt’s energetic direction, and Wahlberg’s sharp performance, you will have a ball here.