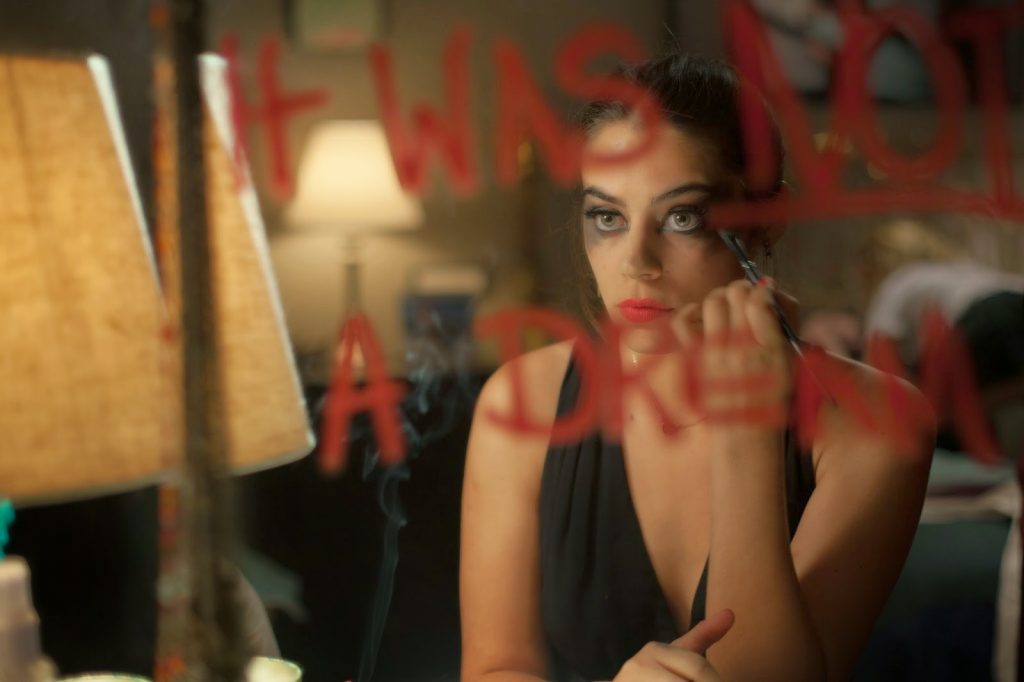 Eli Roth moves from the cannibalistic chaos of The Green Inferno to a more psychological horror in Knock Knock. The result is a watch that combines grimy torment with a twisted sense of humour.

Keanu Reeves plays Evan, a happily married man staying at home when his family go on vacation for the weekend. The arrival of two young women (Lorenza Izzo and Ana de Armas) at his door starts a macabre power struggle that descends into full-blown chaos.

Roth pens the project with his fellow scribes from The Green Inferno, Guillermo Amoedo and Nicolás López, this time providing an all new kind of nastiness. Opening in a similar vein to the likes of Haneke’s Funny Games, Knock Knock’s gradually unfolding narrative begins with an initially normal situation (two young women looking to call a taxi and seeking shelter from the rain), but gradually grows more suspect before descending into full-blown sinister horror. Roth revels in this ever-growing naughtiness as Genesis (Izzo) and Bel (de Armas) gradually grow stranger, and Evan more uncomfortable.

Beginning with simple suggestive playfulness and frank discussions about sex, Genesis and Bel’s feelings become more apparent until they bind Evan in a situation that traps him from a personal standpoint. With Evan trapped, Roth embarks on a tirade of sadistic carnage and psychological torment, balancing a narrative packed with suspense and dread with a naughty tongue-in-cheek humour. Evan’s discomfort, Genesis and Bel’s almost campy sex-obsessed theatrics, and Louis the PA’s (Aaron Burns) reaction to Evan’s ‘bind’ all provide big laughs.

Knock Knock occasionally feels like it is trying to readdress the conventional horror balance between the male perpetrator and female victim by switching the expected gender roles. The first act sees Evan attempting to maintain control, whilst the second act sees it well and truly removed from his grasp. It is no surprise that this is somewhat exploitative in its presentation of these women – skimpy outfits, overt sexualisaton are sadly expected -but a questionable ‘daddy’ themed subplot does the film more harm than good. The concept of female empowerment is certainly shaky here.

There is much to enjoy in Knock Knock, however. A cameo perfectly befitting of her name from Colleen Camp is a stand-out comic highlight, whilst the lead performances remain engaging throughout. Reeves amps the energy up to one thousand here – bellowing his lines with a Nicolas Cage like ferocity, whilst Izzo and de Armas have fun as the psychotic masochists. Impressive production design helps us embrace the chaos – especially seeing a prestigious Hollywood Hills palace turn to a destroyed wreckage.

Gleefully twisted and effortlessly entertaining, Knock Knock is a firm high-point in Eli Roth’s career. The female empowerment angle might be a little too morally skewed, but there are still bucket-loads of chaotic fun to be had here.