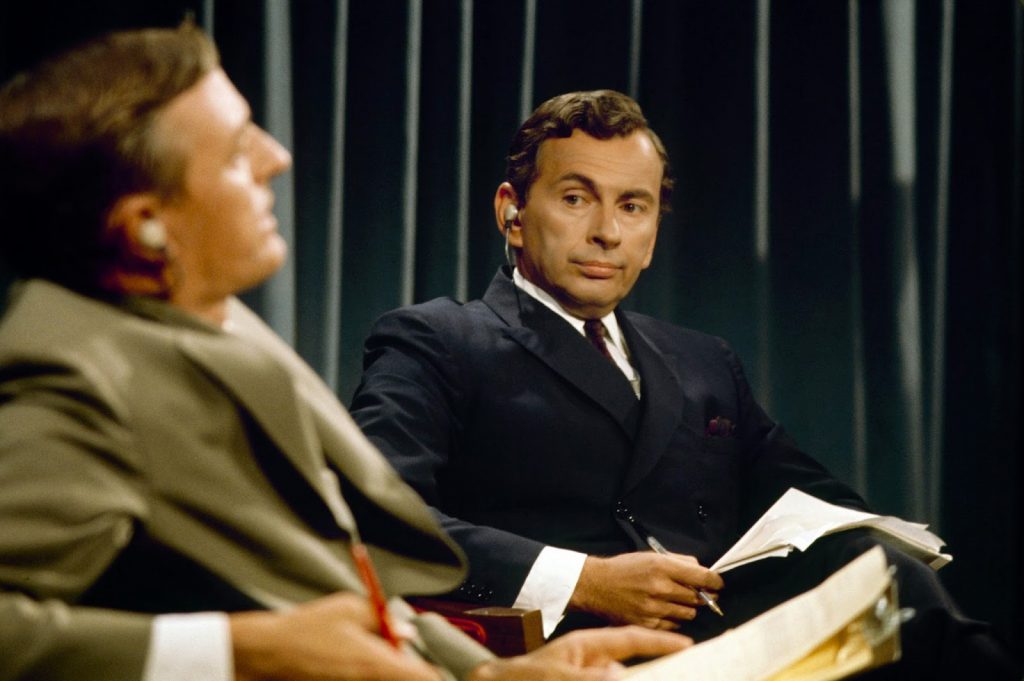 Gordon & Neville’s film is a shining testament to two of the sharpest intellectuals at either side of the political spectrum. Scattered in its narrative chronology, Best of Enemies intercuts footage of ABC’s debates with information on the political context of the time and individual looks at the background of both Vidal and Buckley Jr.

Each man’s body of work proves to fascinating, Vidal’s the more immediately apparent due to his international endeavours. Vidal’s Myra Breckinridge receives note, whilst his tempestuous relationship with Bobby Kennedy is covered: noting he believed the brother of John F. Kennedy to be “anti-liberal and disturbingly authoritarian,” despite his bond with his brother. Best of Enemies also devotes time to Vidal’s failed congressional run, as well as Buckley Jr.’s unsuccessful mayoral campaign – yet fails to tackle why the two commentators never found political success themselves.

Alongside Buckley Jr’s bid for Mayor of New York City, Gordon & Neville tackle his relationship with Presidents Nixon and Reagan, touching on the political influence that he did muster. None of this would have been possible if it weren’t for his powerful position as Editor on conservative publication, The National Review. Whilst the insights into Vidal and Buckley Jr’s careers proves well-informed and continually interesting, background coverage of the Civil Rights movement and Vietnam feel less fresh – albeit necessary evils to cover.

Best of Enemies is at its finest when capturing the vitriolic relationship between the two sworn foes. Excerpts read by John Lithgow (Vidal) and Kelsey Grammer (Buckley Jr.) highlight the hateful, yet wonderfully sharp correspondence between the pair, however, it is the archive footage of the two men that proves the most fascinating. The intellectual jousting between the pair in these ABC debates is drenched in a pompous wit, vitriolic anger, and remains hugely entertaining by contemporary standards. Humorous behind the scenes titbits on the cheapness of ABC’s news programming (the third highest rated news broadcaster of three networks) provides some light-hearted context – like seeing the ramshackle studio collapsing mid-convention. Talking head contributions from the news team at the time and high-profile faces like Dick Cavett keep things high-spirited and continually entertaining.

Best of Enemies finds its most potent dramatic string in one of the final debates where we see Vidal refer to Buckley as a ‘Crypto-Nazi’ with the right-wing commentator erratically referring to Vidal as ‘a queer’. Exploring how this moment haunted Buckley throughout his life, and provoked a gleeful smugness from Vidal, provides some emotional context capturing the human fragility in these political warriors.

Whilst its take on the political context of the time has been told on countless occasions, Best of Enemies excels at capturing the might of two fiercely passionate intellectuals, Buckley Jr. and Vidal – the likes of which the world sadly lacks at both sides of the political spectrum today.


★★★★Also featured on The People’s Movies.