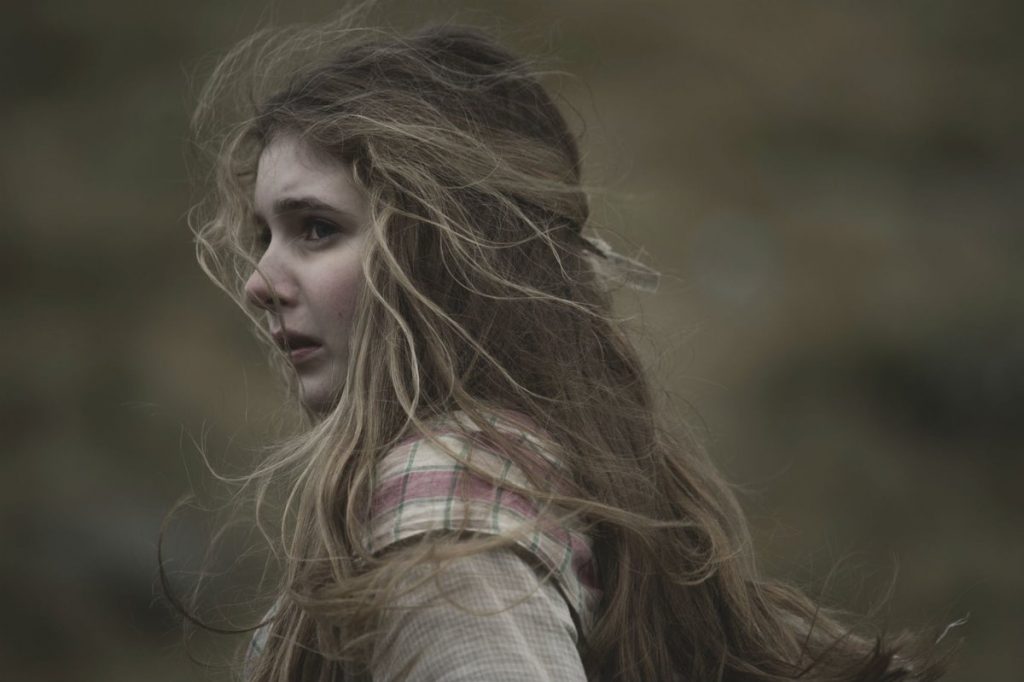 Seventeen year old Gwen (Eleanor Worthington-Cox) lives on an isolated Welsh farm with her younger sister and troubled mother Elen (Maxine Peake). After witnessing a strange figure outside their cottage, events take a dark turn with their sheep slaughtered and Elen’s health taking a dark turn.

Tapping into the mythology of folk horror, Gwen explores the macabre nature of the human psyche, small town mentalities and power struggles. Yet in the depiction of this McGregor delivers well-executed tension – shadowy figures, nightmarish visions and brutal gore. Refreshingly delivered with a female lead cast, Gwen has a strong anti-patriarchal spirit lead in the three leads each developed and taking on the traditional male role of the time period.

Gwen is a film steeped in technical precision from Adam Etherington’s cinematography capturing the vast dark expanses of the Welsh countryside to the claustrophobic stone interiors of the cottage; to the crushing sound design and unnerving winds of the film’s rural locales. This paired with McGregor’s acute sense of tension and mounting dread and unease helps Gwen stand as an unnerving piece of Gothic cinema that grips us and never quite lets go.

McGregor mounts up the external threats from forces outwith the cottage, yet it is the horrors inside this tight location that deliver many of the thrills. Maxine Peake’s volatile and physically unwell matriarch comes with an unpredictable presence – delivering a haunting unease and darkness, but also some semblance of care and nurture beneath this. Eleanor Worthington-Cox shines in a sort of warped coming of age manner when she is faced with running the farm and dealing with the macabre consequences of the pagan events – as well as caring for an ill mother and young sister. The actress delivers a stellar turn channelling the repercussions of these many weights throughout in a skilled performance.

Gwen delivers its macabre horror with nerve-shredding tension and tightly wound unease. It is a staggering debut from William McGregor.