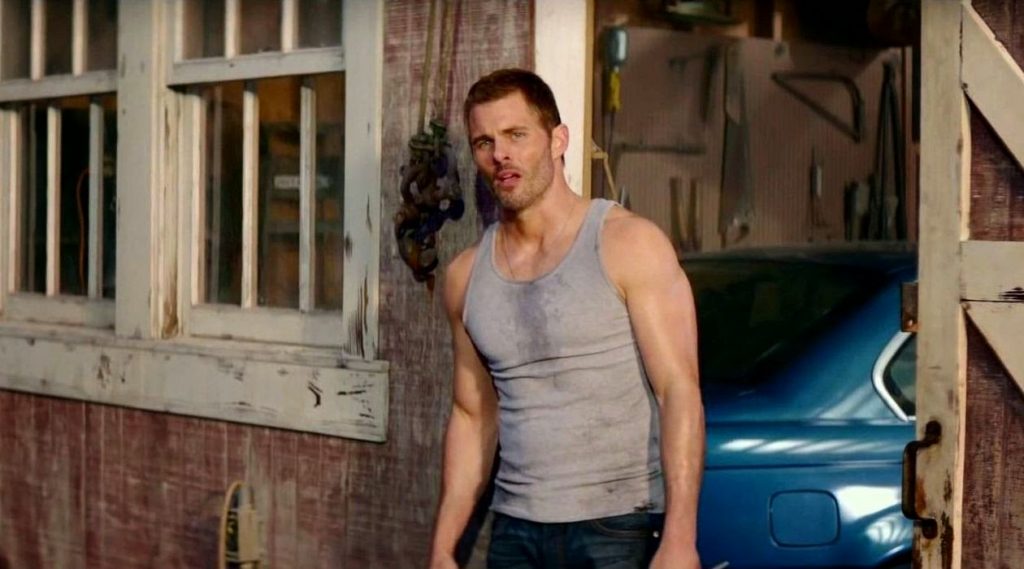 Who can forget The Notebook, a weepie that remains a firm favourite with lovers of romantic movies? James Marsden lost Rachel McAdams to Ryan Gosling in that 2004 gem but he has a second shot at romance with The Best of Me, another Nicholas Sparks adaptation, co-starring Michelle Monaghan.

Q: The Best of Me isn’t your first Nicholas Sparks movie. What is the appeal of his stories? Is it the human element after doing super hero films?


JM: When I make my decisions about what roles I take, I have the tendency to jump all over the place and that is what makes it interesting for me. I don’t feel like I have done something like this since The Notebook. You also want to be aware of what type of films audiences like to go see. I guess part of me thinks there is a group of people out there that likes seeing me in this kind of role. That plays into the decision making a little bit. Beyond that, these themes are never out of style. These types of films are always something that people want to go see.

When you have a box office overstuffed with super hero films, which I have been a part of, it is nice to have a reprieve from that and have a film that is a human story. That explores themes like persistence, love and second chances. I can see how those films end up doing well. For me as an actor, it is nice to not rely on effects and stunts. It makes you go in and explore real human ideas and emotions.

Q: Did The Notebook make you cry man tears?

JM: It did. Obviously, it is a really rare thing to be a part of a film that ends up affecting you like that. You become very detached somehow. Your objectivity gets skewed when you’re there on set putting the scenes together. When you watch the film, it is hard not to take your mind off of what the experience was when you were shooting it. It is a testament to the power of that film that the performances pull you in. Ryan and Rachel were fantastic and James (Garner) and Gena (Rowland) were equally as terrific. I was in it, but I wasn’t in it enough to really jade my experience watching the film. I was really there just appreciating a good film. It got me. I was at the premiere and they were handing out tissue packages. I thought that was presumptuous. Not for me. I didn’t think I was going to cry, but for the rest of the audience. Sometimes when you set the bar high, it ends up affecting what their experience is. I was like, “Take those away. People are going to be, ‘I’m expected to cry?'” They go, “No. We’ve done this before. We’ve had plenty of screenings. We need them.” I remember going to the men’s bathroom afterwards and there were grown men splashing water on their faces to clean up. They were affected by the movie. The Network sets the bar to become a classic.

Q: The Best of Me is about going home again. Do you think that is possible? Do you believe in second chances for romances?


JM: I do. I believe in second chances, I believe in forgiveness. I do think that sometimes we romanticize about what that other path might have been. Maybe sometimes too much. I know that is not a romantic thing to say. It is easier to fantasize about what that path would have been like had you taken it because you don’t know what that road not taken was. But that said, we all remember our first loves. When you’re young, you are experiencing all those emotions for the first time. They are that much more powerful because of that. It is sometimes when love felt the truest.

I believe in being open to second chances and the possibility that you can go back and try to find something you had before. Maybe you have regrets in your life and the idea of going back and rekindling an old romance might sound attractive to a lot of older people who are in a relationship that has stopped. That is something that is not lost on any of us. 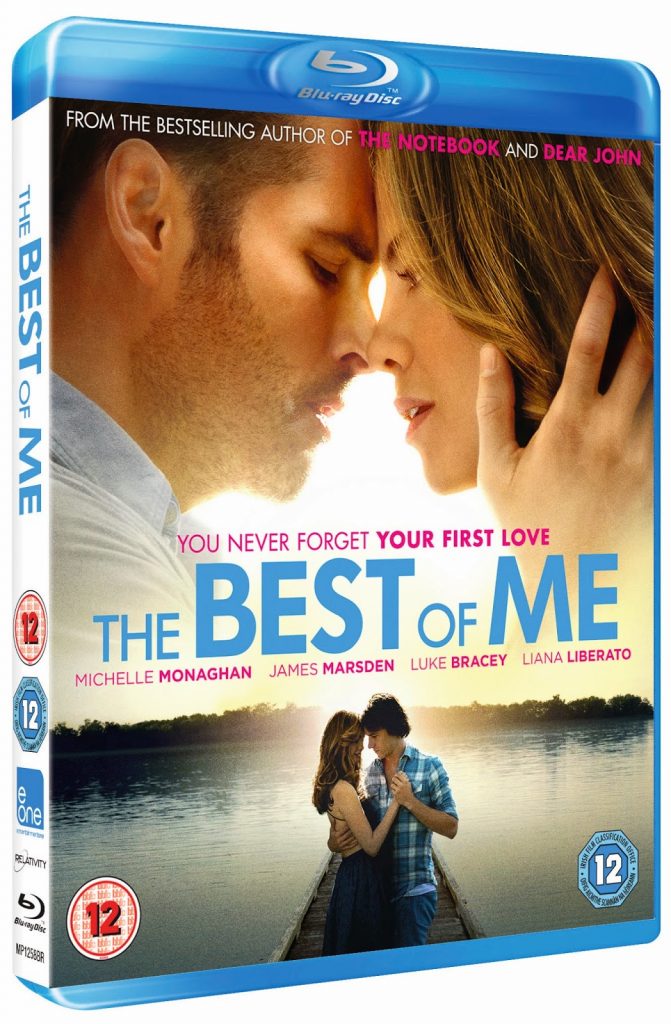 I look at my high school girlfriend, who I was with for four years and at the time we were thinking we were going to get married. As much as I look back and go, ‘I wonder what would have happened if we had stayed together,’ I don’t confuse the power of the emotions I had at the time with that necessarily being the right person for you.

Q: Even though you have leading man looks, you haven’t made a career of it. Why is that?

JM: I would say half of it is choice. I would say as a young actor, trying to get work, you look at the options that come your way. Of those options, you make the best decision possible, so it’s a little bit of a misconception that everyone has their choices to do whatever the hell they want whenever they want to do it. But that said, I’ve always felt more comfortable playing … the guy who comes in, the leading man, and saves the day and does everything right, I don’t know how much I relate to that. I know it is a cliché to say, but I have always seen myself more attracted to character roles. I guess I don’t take myself that seriously. Especially in the comedy world, I have more fun playing these characters who are misguided, and think they are the leading man, and they’re so not.

Q: Do you wish there were more musical films? Do you want to record an album?

JM: I would like to do both really. I wish there were more musicals. It was one of the most fun experiences of my life doing Enchanted and doing Hairspray. It was just such a rewarding and fun life experience. Those kinds of films bring so much joy to people and the actors involved. You know, you have a talent and you don’t want it to just sit there. It is easy to get complacent and do what work comes your way, and balance that with your life and your kids, but I would like both of those things to happen. More musicals to be made and also I would love to explore doing an album. I don’t know what kind of music I would do. I would have to start thinking about all of that. But it is something I have explored a little bit. Most recently, this last year I have been meeting with some songwriters and there has been some interest from some record labels. Of course, I am going to wait until I am 40 to do it. Better late than never.

Q: What do you feel is the benefit of having grown up in Oklahoma?

JM: I love where I grew up. I would say you felt like you grew up with a normal upbringing. I hate that word because everybody has their own definition of what normal is. You grew up — and all kids are special — but you weren’t something more special than the next kid. You weren’t entitled to anything more. You were around people who were blue-collar workers and that kind of upbringing instilled a sense of core values and a sense of getting out there and bust your ass and work for a living. You are not any more special or deserve any more special treatment than the next person. You find that in L.A., too. I am raising my kids here. But you can instill those values in them no matter where you are. That said, it is a lot easier when you are surrounded by it, or their friends are growing up the same way.

It is a very unique thing that we do, a very unique industry, and a specifically unique town. There’s one season and there’s one conversation and there’s one industry. Growing up in the Midwest, you were surrounded by good, hardworking people with family values. I would come home from school and go play in the mud down by the creek. All the things you should be doing as a kid. I was allowed to be a kid. I find sometimes in this town, kids grow up a little too quickly. I guess that is the difference.

I run into people out here and they ask me where I’m from just because I’m polite. I will open the door for someone and they look at me like, “Where are you from?” It is just normal to me. I say, “Oklahoma,” and they say, “That makes sense.”

JM: I don’t dislike it, but I am just not crazy about it. Not really. I am not trying to avoid watching myself, I am just not the one who is dying to go out and see what he did. When I see myself on the screen, I see what I am thinking. I see my tricks. I keep thinking, “Everyone’s going to figure out I’m a fraud.” It depends on the project. I liked watching Hairspray. That was a blast. And I am very proud of the work that I do. I usually like to do the work, have it feel good when you’re doing it, and let it go. If people respond to it, great. If not, whatever. You go in and deliver your best work and it is going to be what it is going to be.

THE BEST OF ME IS AVAILABLE ON BLU-RAY AND DVD ON 9TH FEBRUARY, COURTESY OF ENTERTAINMENT ONE