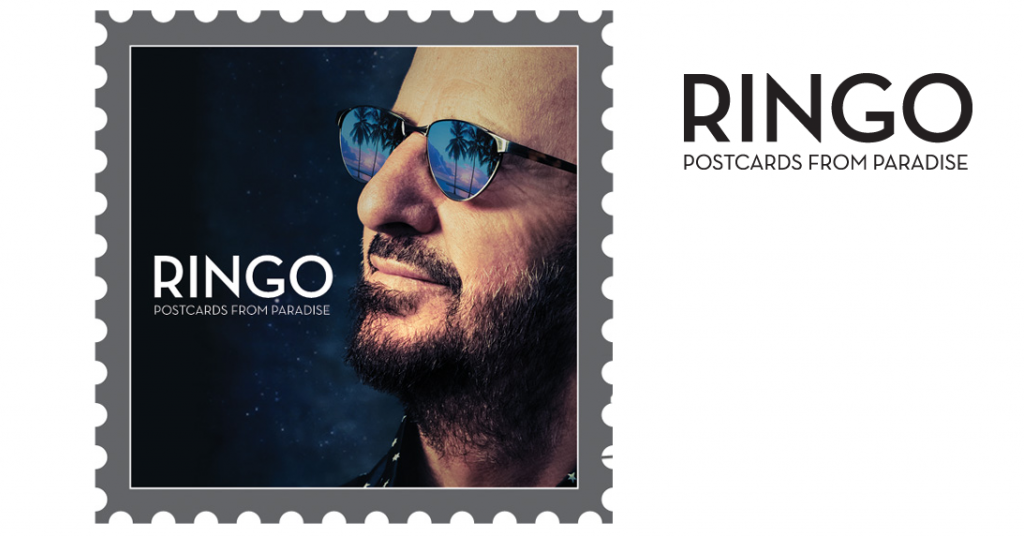 Hurrah! The Thinking Man’s Beatle is back with a brand new solo album. Ringo Starr has just released the tracklisting and artwork for Postcards From Paradise – his eighteenth solo studio release.

We’ve always rated Ringo highly as a solo artist with great tracks like Photograph, Act Naturally and Weight of the World – and even more so after hearing several of his contemporary releases. Liverpool 8 and Y Not were outstanding, although the singer’s most recent release Ringo 2012 failed to hit the spot – here’s hoping Postcards From Paradise can.
POSTCARDS FROM PARADISE
1.      Rory And The Hurricanes
2.      You Bring The Party Down
3.      Bridges
4.      Postcards From Paradise
5.      Right Side Of The Road
6.      Not Looking Back
7.      Bamboula
8.      Island In The Sun
9.      Touch And Go
10.    Confirmation
11.    Let Love Lead
Ringo releases Postcards From Paradise on March 30th in partnership with Universal Music.