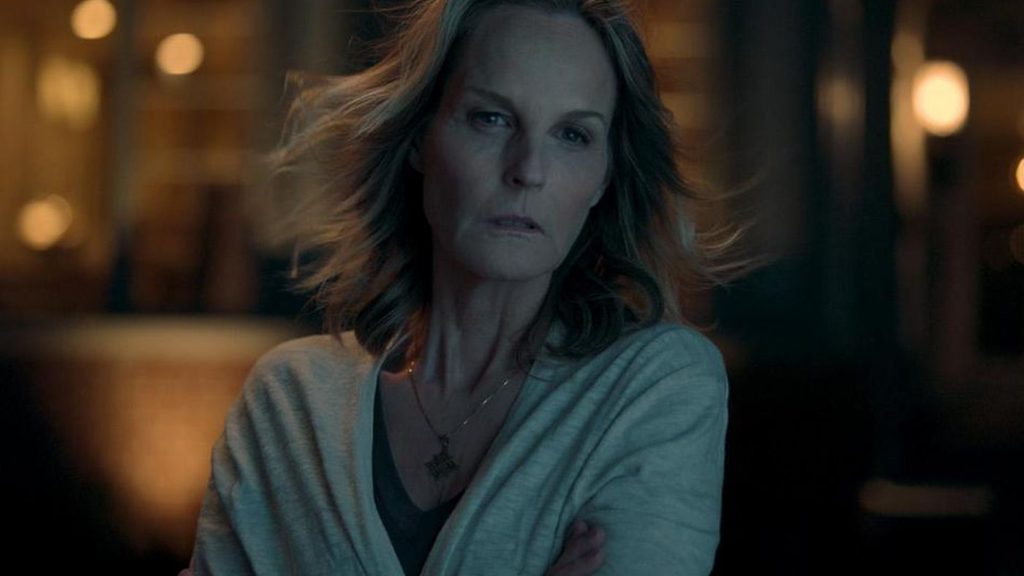 Helen Hunt makes a rare foray into genre cinema with I See You from director Adam Randall. I See You prides itself on a plethora of plot twists courtesy of Devon Graye’s genre-bending narrative.

Detective Greg Harper (Jon Tenney) is entangled in the case of a ten year old missing boy in suburban USA, his home life is equally turbulent as he deals with the repercussions of his wife Jackie’s (Helen Hunt) affair. Bizarre encounters at home from odd noises, household items vanishing and increasing strangeness makes matters increasingly macabre.

As the synopsis will indicate, I See You is a chameleonic piece that plays with our expectations of genre throughout. Dipping into family drama, haunted house horror, crime thriller, and handheld horror, I See You may sound like everything is being thrown into the mix, but it works in crafting an unexpected and engaging mystery for viewers. Opening with the haunting of a broken family – we’re drawn in by the supernatural proceedings. Randall’s direction takes a voyeuristic approach, slowly panning around the house with deliberate slow unease.

Yet a narrative shift in the second act flips our expectations and continually skews our thoughts on character motivations and behaviour. Exterior and interior threats blend and events that perplexed us in the first half of the film get revisited from alternative perspectives and take on new significance. This is a complex and well-crafted narrative for the most part – however, a final act which blends these two prior narratives together feels somewhat obvious and heavy-handed in its desire to shock and damages the previously well-crafted build-ups.

Whilst Hunt takes a central role in the first act, the engaging actress is absent for most of the second and third acts of I See You. Other cast members lack the conviction and gravitas and subsequently the film loses some appeal as the narrative progresses.

I See You takes viewers on an unexpected mystery that plays with expectations of character and genre. It’s crafted with a stirring sense of tension throughout, despite a finale lacking in finesse. Hunt feels somewhat underutilised in the film’s final two thirds to I See You’s detriment