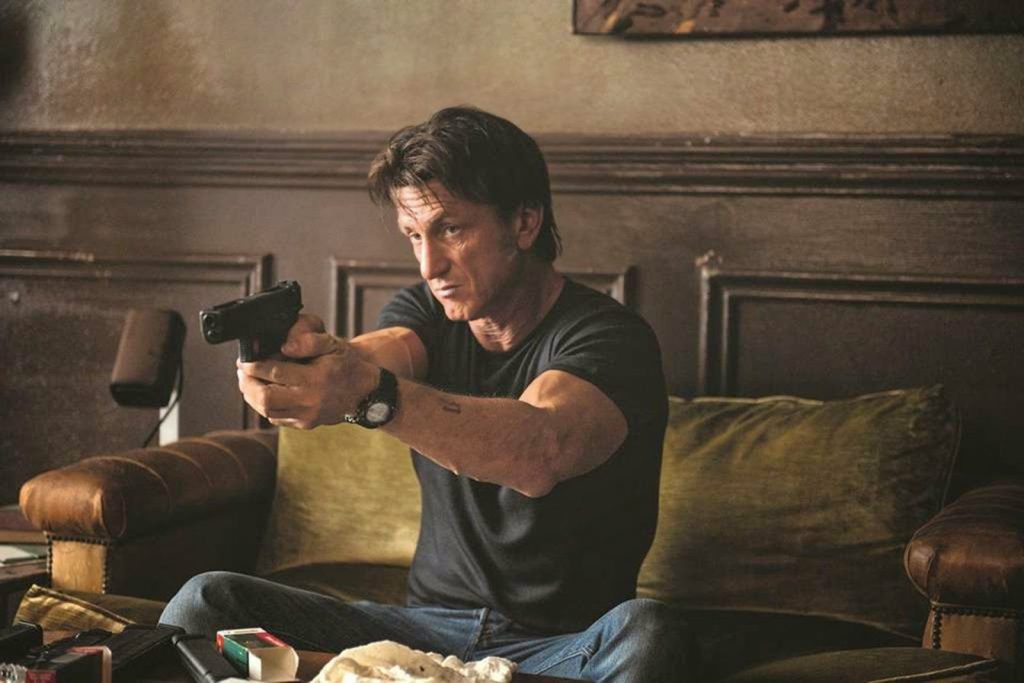 Despite small appearances in the likes of Gangster Squad and The Secret Life of Walter Mitty, Sean Penn hasn’t taken an overtly mainstream leading role in quite some time. It makes sense that he would go to the man who reinvented Liam Neeson’s career with Taken, Pierre Morel, to mark his all guns blazing return to the big screen. The result is The Gunman, a modestly enjoyable Euro-action thriller that refamiliarises us with Penn’s star power.

Penn stars as Jim Terrier, a member of a Congo-based mercenary team who assassinates the country’s mining minister. Several years after the hit, Terrier is working on an aid project and finds himself become the target of his own assassination. What follows is a jaunt around Europe as the former mercenary attempts to find those who sought to kill him, leading him to question his old allegiances.

Loosely based on the novel from Jean-Patrick Manchette, The Gunman is written by Don Macpherson, Pete Travis, and Penn himself. It’s surprising that so many writers were required when The Gunman is essentially an amalgamation of Taken, 3 Days to Kill, and The Counsellor – however, the result is a patchy yet enjoyable watch. Penn’s involvement in the writing process is no surprise given the film’s humanitarian angle – plus it explains the abundance of unnecessary shirtless scenes that the star devotes to himself.

Originally teasing an exploration into Western corruption in Africa and the effects this has on the countries, The Gunman soon reveals this political context is paper thin – and instead devotes its runtime to cat and mouse chases, frantic action, and predictable global espionage. Despite the conventionality of the former hitman being hunted down angle, Morel keeps things engaging through some slickly-produced action set-pieces – highlights being a shoot-out at a Spanish mansion, a tense trip-wire escapade, and an over-the-top showdown at a bull-fighting arena.

Penn really elevates the material here. The actor is in great shape and convinces as the craggy action lead. Dramatically it’s one of the actor’s most simple roles in years – with the only conflict coming from a love-triangle angle – and later the character being plagued by a head injury. Penn remains a powerful screen-presence, and there is something undeniably enjoyable seeing him take on this kind of refreshingly straight-forward role.

There is much to enjoy in the form of the film’s supporting talent, boasting such names as Ray Winstone, Mark Rylance, Javier Bardem (whose performance is terrible, but fascinatingly one can’t look away), and an underused Idris Elba. An array of glamorous locations, give the film a distinct globe-trotting character – from the villages of Congo, to atmospheric London, and sun-stroked Barcelona, The Gunman always hits the spot visually.

The Gunman is a enjoyable change of pace for Penn. It’s a refreshingly simple watch that provides some moderate action thrills, glamorous locations, and a gung-ho performance from its lead actor.