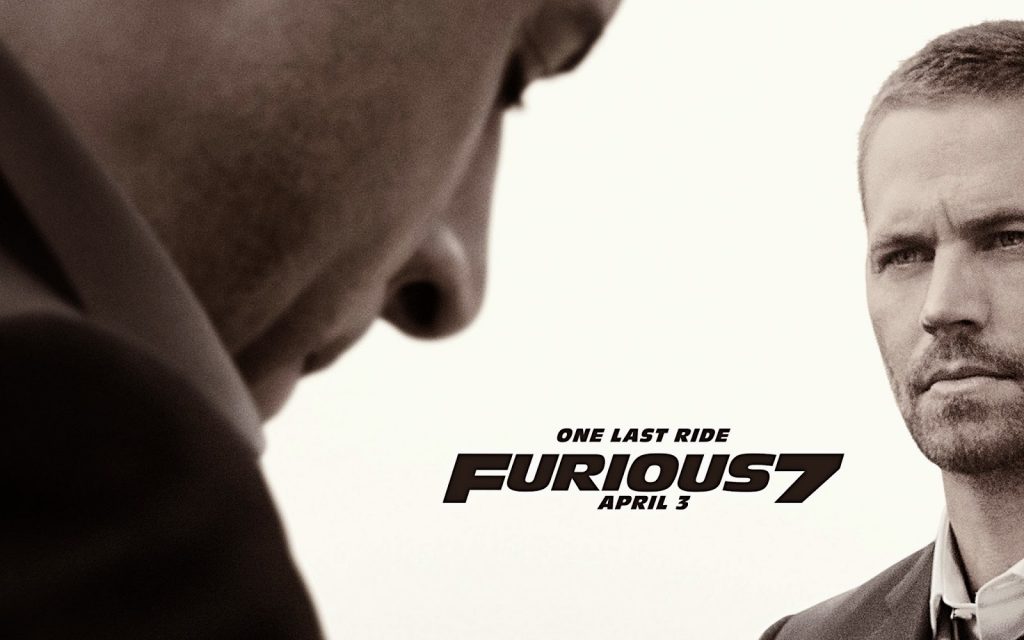 There’s a bittersweet sentiment shining throughout the seventh entry into the ever-popular Fast and Furious series. As the franchise has progressed each outing has grown more outlandish than the last with increasingl extravagant set-pieces, flashier cars, and bigger stars. Whilst first-time series director James Wan brings all these elements in abundance, Furious 7 will be remembered as lead star Paul Walker’s last stint behind the wheel after his tragic death in November 2013. Wan and screenwriter, Chris Morgan, craft a tender tribute to Walker, whilst delivering a high-octane thrill-ride that matches the fun of the fifth and sixth chapters.

Furious 7 sees Dominic Toretto (Vin Diesel), Bryan O’Conner (Walker) and their crew hunted down by Deckard Shaw (Jason Statham) after hospitalising his brother in the events of Fast Six. With the help of a shady Government man (Kurt Russell) and a young hacker (Nathalie Emmanuel), the crew attempt to put Shaw behind bars.

Morgan’s screenplay continues the globetrotting style that heightened the previous entries in Rio and London, now taking us to Azerbaijan, Dubai and back for a showdown on the LA streets. Alongside the expected exotic glamour comes the usual emphasis on family (don’t try and count how many times it’s mentioned – you’ll lose track), a high-octane pop soundtrack, scantily clad ladies, and a plot that serves as a thin veil for a plethora of ambitious car chases, fist-fights, and shoot-outs.

Despite spending the last ten years making horror films, Wan has a keen eye for what makes a good action set-piece – and these are some of the most tense, slick, and wonderfully ridiculous that the series has provided us with. Furious 7 continues to attempt to raise the spectacle of the series with cars falling from planes, crashing through multiple Dubai skyscrapers, and some taut LA street racing action (there are also drones firing missiles, obviously). However, even more old-fashioned action scenes like O’Conner trapped in a bus teetering off a cliff, may not be the most original, but remain impressively crafted causing clammy heart-in-mouth tension.

Fans of muscular men hitting each other with things will revel in the Statham vs. Diesel fight scenes, or the opening Statham vs. Dwayne Johnson battle (which marks one of Johnson’s few big scenes – he sits most of this one on the sidelines). Action veteran Kurt Russell stops by for a small role and also gets to join in some of the well-orchestrated chaos himself. Furious 7 also provides some equally brutal action spectacle for its leading lady Michelle Rodriguez and new hench-woman Ronda Rousey.

Given the brash, heavy-handiness that we have come to love from the series, it is a pleasant surprise that the ending delivers a gorgeously poignant tribute to Walker and his role within the series. The digital effects used to recreate the star in unfinished scenes have a seamless effect that is essentially unnoticeable.Even a bronze statute would gain a lump in its throat at this bittersweet farewell.

Never surpassing the madcap chaos of the fifth and sixth films, Furious 7 remains a massively entertaining companion piece thanks to Wan’s keen eye for action spectacle, game performances, and a tender emotional tribute to Walker.