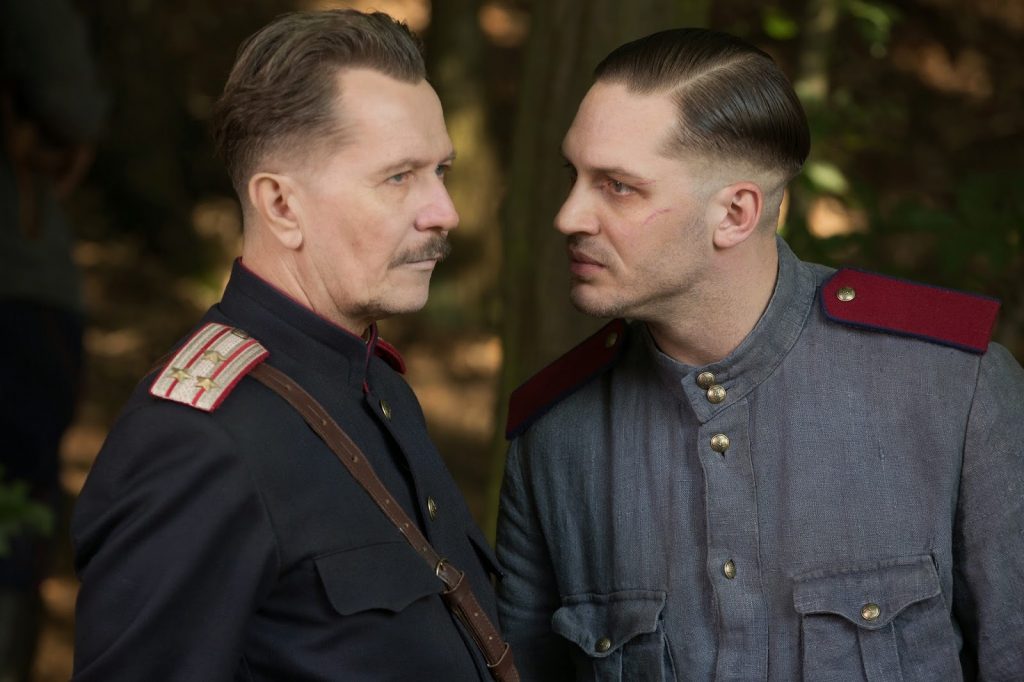 Tom Rob Smith’s bestselling 2008 novel, Child 44 (the first in a series of three books), gets the cinematic treatment from Swedish filmmaker Daniel Espinosa (Safe House, Easy Money) – boasting a cast headed by Tom Hardy, Noomi Rapace, and Gary Oldman. The result is a sprawling and ultimately convoluted mash-up of Soviet-era politics and tedious murder mystery that squanders its impressive talent. Whilst Espinosa’s film does touch on several intriguing issues regarding life in the USSR (orphans, homosexuality, and corruption) these are not given the focus that they deserve, with Child 44 more concerned by its tangled multitude of irrelevant subplots.

Set in 1953, Child 44 follows Leo Demidov (Hardy), a Soviet intelligence agent who is stripped of his rank when he refuses to denounce his wife, Raisa (Rapace), as a traitor. Spared from execution, Leo and Raisa are exiled from Moscow and sent to a provincial outpost where Leo aids General Timur Nesterov (Oldman) in hunting down a child-targeting serial killer.

There is a real lack of focus in Richard Price’s screenplay which flirts between several narrative angles yet fully commits to none. Child 44 opens with young Leo’s life as an orphan (attempting to provide a personal motive in his hunt for the child-killer), and then spends a significant amount of time detailing the officer’s role in the Soviet Ministry of State Security. Leo is presented as the boss’s favourite hotshot provoking jealousy from colleagues such as Joel Kinnaman’s Vasili Nikitin (queue a subplot). Initially this feels like an impressive examination into double-crossing, plotting, and corruption in the Soviet security establishment with Espinosa capturing a stuffy and tense sense of paranoia through house raids, executions, and espionage sequences. However, this heated, uneasy atmosphere is lost when Child 44 takes an unfortunate turn down the murder-mystery route through its heavy-handed serial killer angle tripping over conventionality and clichés.

These elements fail to gel and begin to rely on entangled subplots and contrived plot devices to carry the narrative. We’re presented with a hunt for a killer that stretches all of Moscow, Nikitin’s personal vendetta against Leo (and unnecessary obsession with Raisia), an adoption tale, and a contrived forest-set finale stretched over a sluggish 137 minute runtime – all topped off with a shaky mix of Ruskie and English accents. 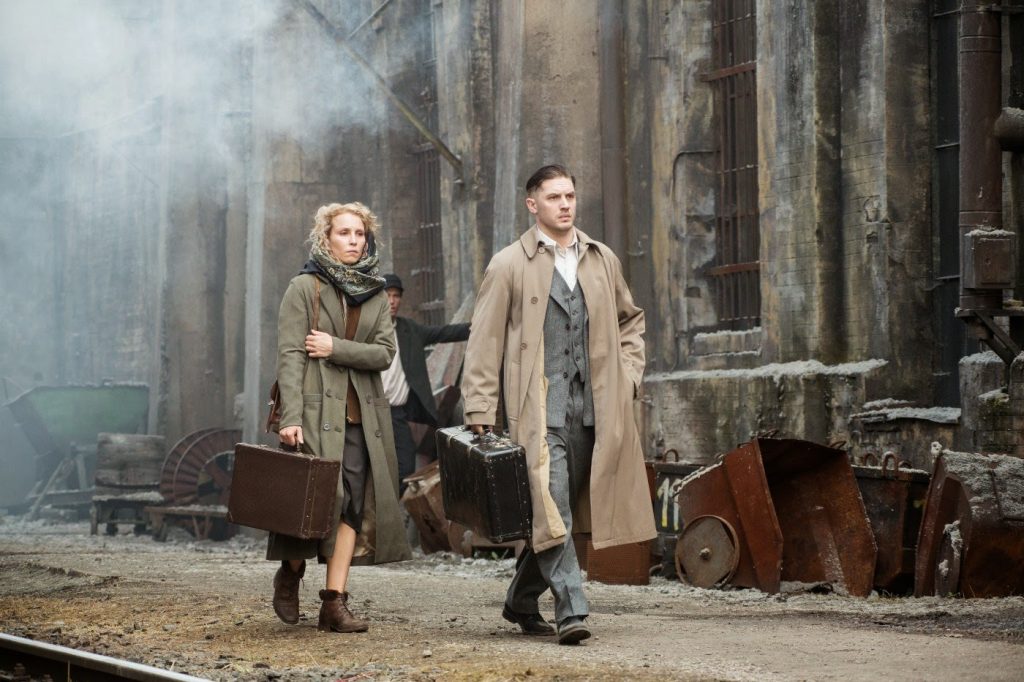 By far the most frustrating thing about Child 44 is the failure to delve into some of the more interesting elements of life under Stalin’s watch – opting for melodramatic cliché over genuine interest. Price’s screenplay briefly touches on the State’s response to homosexuality in a scene where a young ticket inspector is blackmailed by the MGB, but the filmmaker makes no real commitment to the issue. These are elements that clearly worked in the source novel yet feel unrealised on screen.

Whilst the narrative sprawls off track like a runaway train – fortunately there are some admirable qualities to be found in the Child 44’s more restrained visual design. Production designer, Jan Roelfs, presents a world that feels like the Stalin-era Soviet Union from the authoritative wood-panelled decadence of the MGB headquarters to the vandalised squalor of Leo and Raisa’s derelict new home in exile. Director of photography, Oliver Wood, captures a bleak beauty in the snow-covered Moscow streets, whilst presenting a bustling landscape that always feels like it is under watchful surveillance. In the ghetto setting, impressive attention to detail presents a dense urban population still recovering from the horror of war.

Saving graces can also be found in Child 44’s reliable cast who do their best at attempting to keep proceedings lively. Whilst Leo is a role that feels a little too clean-cut for Hardy – he’s boringly well-intentioned throughout – the actor manages to inject it with a rough gravitas. Leo is a character secretly critical of the Soviet establishment which he has loyally served and Hardy manages to convey this dichotomy between loyalty and resentment with ease. In a dramatic turn of events, Noomi Rapace is given a character with some dramatic depth to play and is by far the most interesting of the central players. It is never quite clear whether Raisa is a traitor or not with the actress capturing a real moral ambiguity surrounding the character. Support from Gary Oldman, Vincent Cassel, Charles Dance and Joel Kinnaman tops of the esteemed cast, albeit these stock supporting roles are far from each of these fine actor’s best moment. Performances are cheapened by Espinosa’s indecision in whether the cast should speak in: thick Russian accents, English accents or just plain old Russian. The result is as messy as it sounds.

Child 44 should have been ripe with originality and brooding atmosphere thanks to its intriguing premise and commendable ensemble of talent – but it is far from it. Espinosa’s film is beyond tedious, getting lost in its multitude of ever-irrelevant subplots and sprawling run-time. Don’t expect this one to be kicking off a franchise anytime soon.

Verdict: “At least we didn’t need to sit through Child’s 1 through 43“