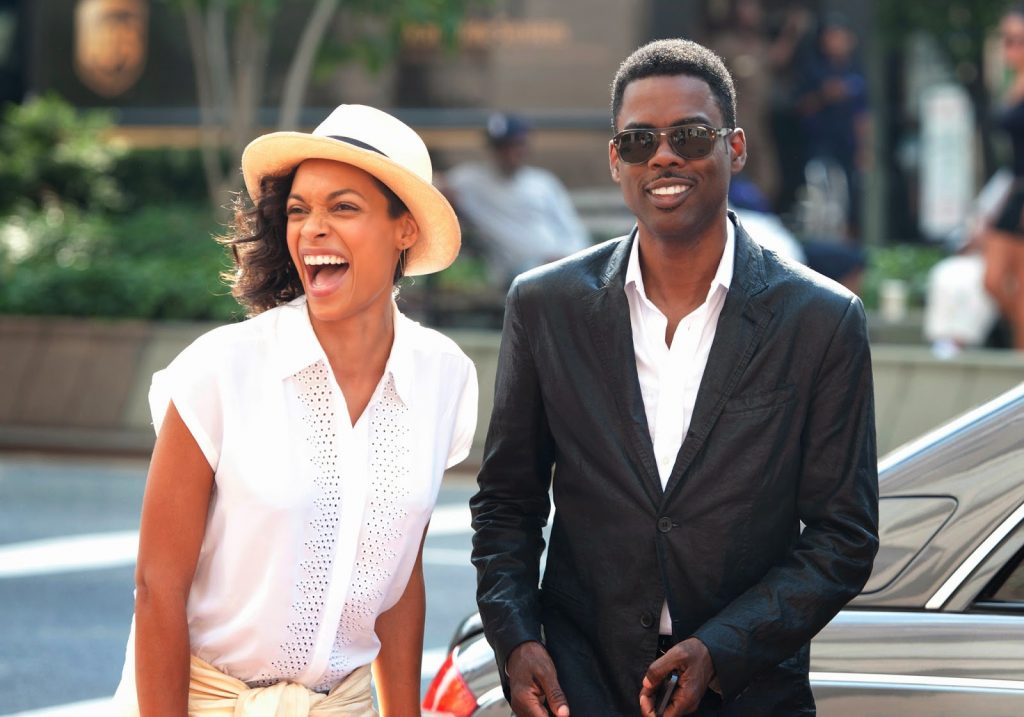 Chris Rock returns to the director’s chair for Top Five – a semi-biographical comedy in which he also stars. Rock manages to craft a tale that plays with black stereotypes, the film and press industries, and the concept of the star.

Andre Allen (Rock) a successful film comedian attempts to ditch his comic persona and make the jump to the serious film with his directorial debut. However, pressures from his fame-hungry reality star wife who is planning their TV wedding amidst public scrutiny, makes this press tour a harder than it ought to be. There is solace to be found in his growing relationship with Chelsea Brown (Rosario Dawson) a charming journalist sent to do a profile piece on the star.

Rock wears his cinematic influences on his sleeve with Top Five feeling like a well-pitched protégé of Richard Linklater’s contemplative Before films, with touches of Woody Allen’s mild New York centred neuroses and Adam Sandler’s crass vulgarity thrown in for good measure. It’s an unusual combination, but one where Rock’s voice sits comfortably and feels bold and unique.

Setting Top Five against a backdrop of the film industry and the press that follows it makes for an original mix that plays with Hollywood convention and stereotypes. The infamous gruelling press tours become a source of hilarity – whilst Allen’s prior comic career as Hammy the Bear in a fictional comic trilogy proves something that the star is eager to shake off, despite public demand for Hammy the Bear 4. Radio tours, junkets, and profile pieces serve as a canvas for this conflict of public and critical wants versus personal artistry and ambition to unfold upon. 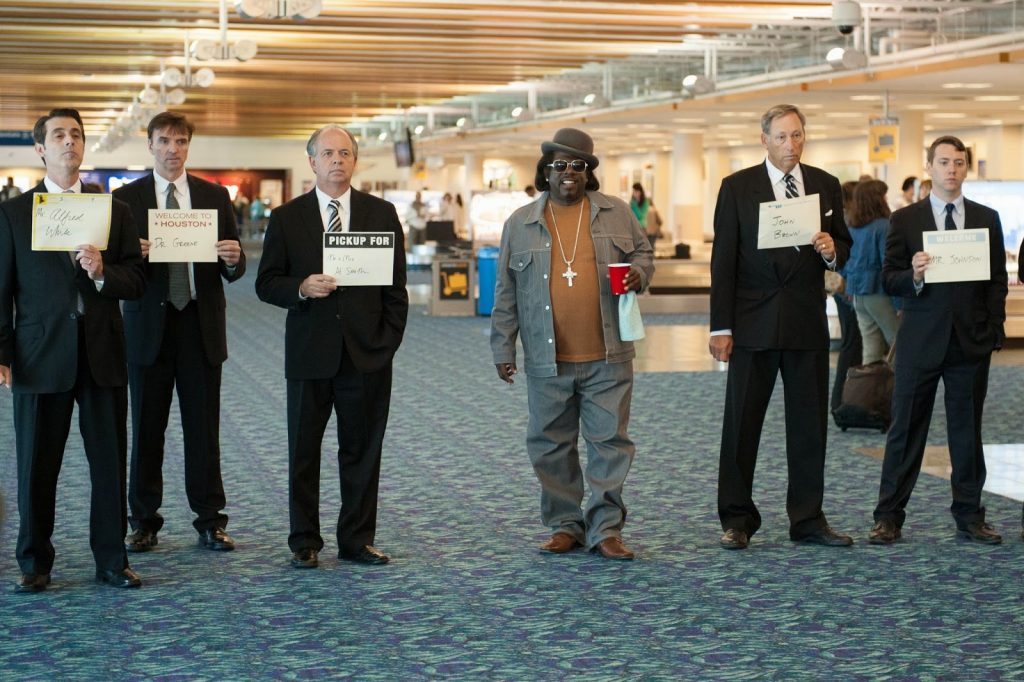 Several ‘walk and talk’ street scenes give Top Five a welcome personal pathos where Rock and Dawson’s chemistry takes centre-stage. Rock is equally eager to play with black stereotypes in comic family set scenes featuring sharp comic turns from Sherri Shepherd, Leslie Jones and Tracy Morgan. Rock finds an amusing groove in the family dynamic as each member is keen to playfully dish the dirt on Mr. Hollywood. Rock also shines at the more crass gross-out humour in one particular flashback scene featuring a well-cast Cedric the Entertainer. It’s laugh out loud gross, allowing us to see Rock shine as a visual comic.

Certain elements work less well: Top Five can occasionally feel like it needs pushed back on track as the continued Dawson-Rock scenes sometimes become sprawling and unfocused. The reality television angle is also a little overdone and cliché – it’s a narrative angle that already feels outdated and damages what previously feels like quite a lightly authentic piece.

Cameos from Whoopi Goldberg, Jerry Seinfeld, Adam Sandler and Gabourey Sidibe helps Top Five feel like a convincing portrait of the industry, whilst each star adds their own unique charm to the proceedings.

Top Five plays with Hollywood convention and has fun doing so. With some sharp satire, gleeful crassness, and welcome pathos, Rock has a unique cinematic voice that proves most impressive, despite the odd blip.