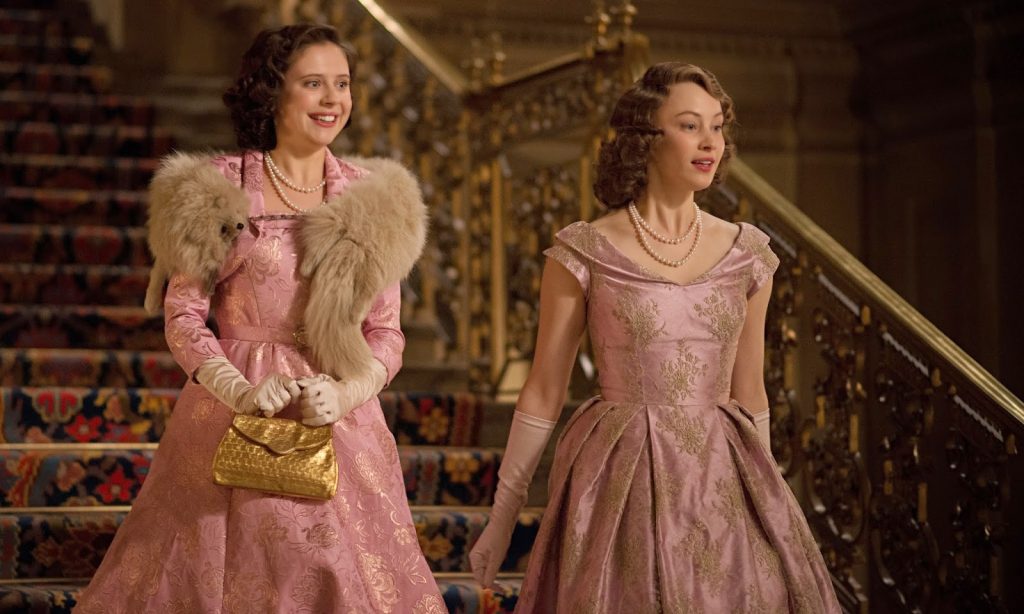 Previewing in time for VE Day last week, A Royal Night Out is a charming throwback to light-hearted comedies of yesteryear with a regal twist. It’s a little Ealing, a little Carry On Up the Monarchy, but delightfully well-intentioned British fun.

As peace is announced throughout Europe in 1945, Princesses Elizabeth (Sarah Gadon) and Margaret (Bel Powley) are allowed out behind the palace walls to enjoy the celebrations. Quickly ditching their chaperones, the pair embark on a night of fun throughout the gleefully chaotic celebrations on the London streets.

Whilst the core idea of the narrative is supposedly based on fact, A Royal Night Out has some fun with the imaginative premise and of course shouldn’t be taken as such. With that in mind, director Julian Jarrold crafts a vibrant tale packed with just the right amount of silliness, nostalgia, and regal patriotism. A Royal Night Out presents a Britain brought together with a euphoric delight and relief for one night of unparalleled celebration, this combined with the royal angle makes for an intoxicating mix that is undeniably warm-spirited and well-intentioned Sunday afternoon entertainment.

Trevor De Silva and Kevin Hood’s screenplay takes the form of a harmless caper. Princess Margaret is a little bit of a ditzy posho here, who is caught up in the vibrant settings and ends up cavorting with crime lords and falling in with dodgy officers in ‘knocking shops’. Princess Elizabeth attempts to find her sister with the help of roughish serviceman Jack (Jack Reynor) – this forms the more serious backbone of the film, with the screenwriters clearly not wanting to pay too much fictional injustice to our beloved monarch. Perhaps this is where A Royal Night Out faces its biggest issue, in the painful seriousness that it presents the stiff-upper-lipped ‘Lilibet’ with. 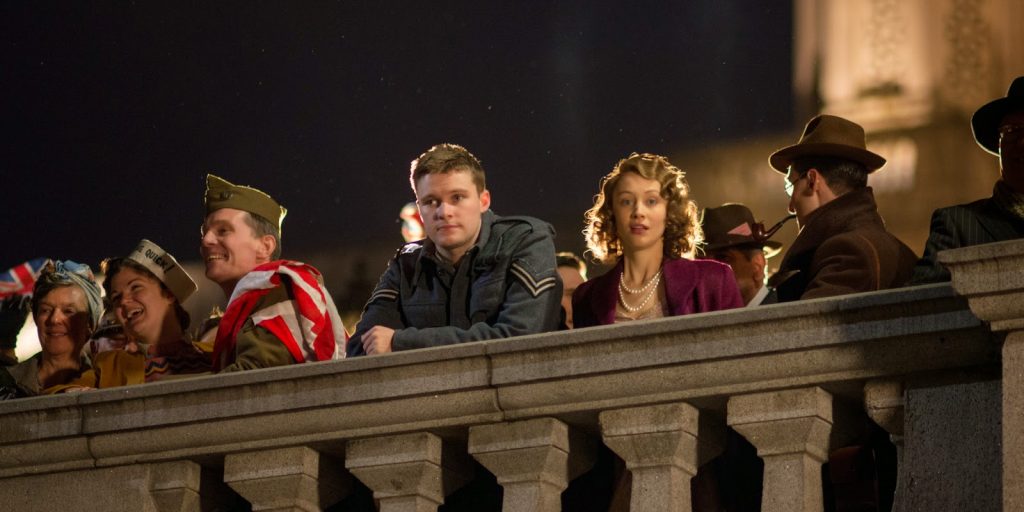 The light romance between Jack and the oh-so serious Lilibet doesn’t sit quite right, purely because it is a struggle to connect this character to our current non-fictional Queen – although this is through no fault of the well-cast Sarah Gadon and Jack Reynor. The star of A Royal Night Out, however, is the excellent Bel Powley (who we raved about in Sundance hit The Diary of a Teenage Girl) – with the actress once again showcasing her immaculate penchant for comedy as the ditzy but loveable Princess Margaret. Rupert Everett is on hand as King George , whilst Emily Watson does her traditional steely matriarch shtick as the girl’s Mother.

A Royal Night Out is a welcome piece of imagined escapist fun that is at its best when it plays proceedings for laughs.

Verdict: “Carry On Up the Monarchy (without the boob gags)”