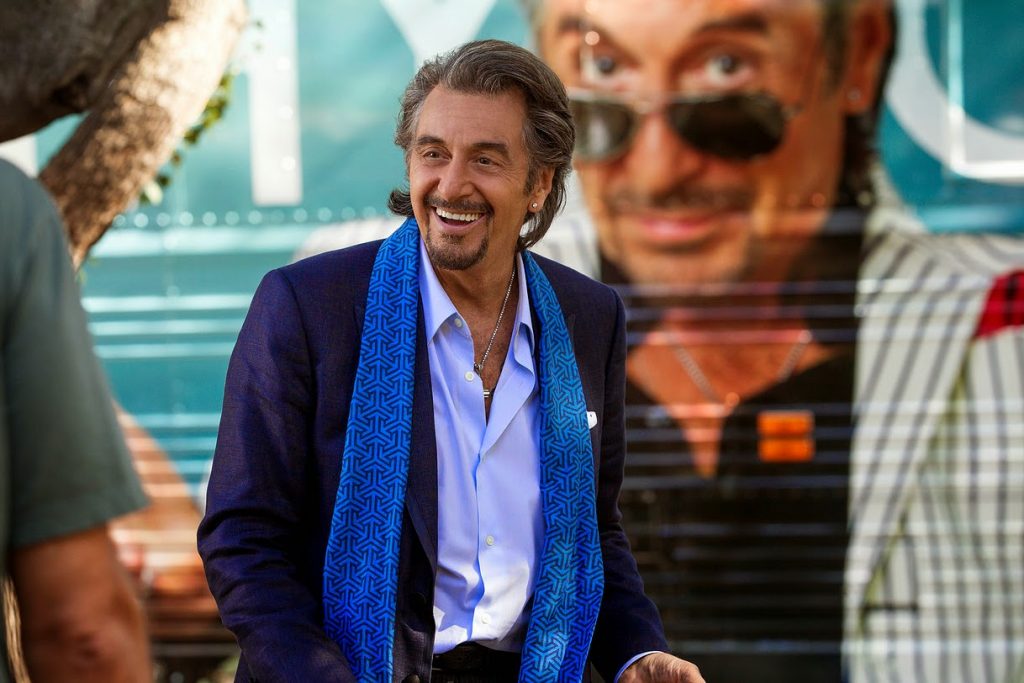 Al Pacino takes his highest profile lead role in quite some time in Danny Collins – a retrospective drama that sees him team-up with writer-director Dan Fogelman (screenwriter of The Guilt Trip, Crazy Stupid Love, and Last Vegas).

After finding a previously-undiscovered letter from John Lennon, musician Danny Collins (Pacino) attempts to become more true to himself as an artist and person. Ditching the greatest hits tour and his twenty-something fiancé, Collins moves to a New Jersey Hilton in the hope of making reparations with his distant son and reconnecting with the musician he used to be.

Like most of Fogelman’s work as a screenwriter, Danny Collins does not stray too far from the narrative path that you would expect it to take, but nonetheless remains heartfelt and amusing. This tale of an older man attempting to rediscover themselves and their loved ones has echoes of films like Everybody’s Fine (starring Pacino’s occasional co-star Robert De Niro) similarly tackling themes of finding a purpose and fixing broken familial ties. There’s some added narrative spice thanks to film’s musical angle – but even then projects like What Maisie Knew and soon-to-be-released Ricki and The Flash take this approach. However, Fogelman does have some interesting things to add to this angle meaning that this may be a familiar watch, but it’s an effortlessly enjoyable one. 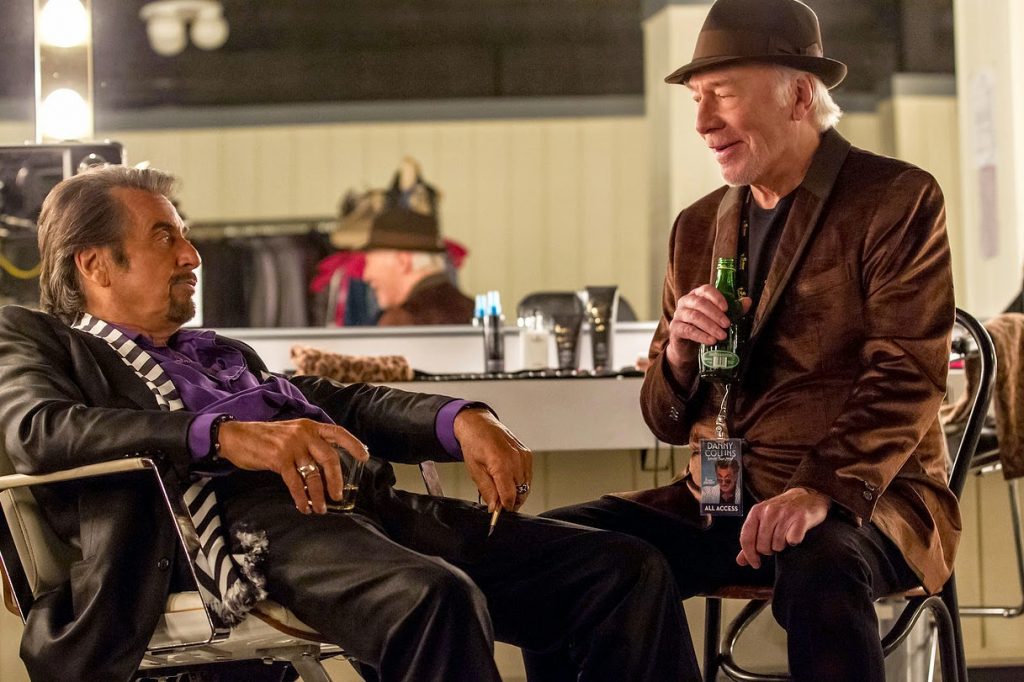 Stripping away the faux-glamour of pop-star life – from ditching the cocaine and twenty-something girlfriend to abandoning the soulless tours – Fogelman crafts some light character development for us to get behind as viewers. There’s also some a well-handled narrative threat as Danny risks falling back into this destructive lifestyle. Fogelman portrays what feels like an authentic portrait of life on the road and the expectations placed on ageing artists – we see Danny forced to perform old hits (amusingly highlighted in the film’s musical number “Hey Baby Doll” a Sweet Caroline-esque number that we need on our iPods ASAP) putting behind hopes of further artistic creativity in favour of fan wants.

There is a sweetness in the ever-growing and surprisingly touching relationship between Collins and his originally despondent grown-son (played by Bobby Cannavale). Danny Collins finds most of its comic spark in the dynamic between Collins and hotel-manager Mary Sinclair played with a warmth and conviction by Pacino and the ever-fantastic Annette Bening.

Pacino’s performance is the beating heart at the centre of the piece. The actor oozes charisma as the eternal showman, yet convincingly allows us to see a rare vulnerability Collins. There’s impressive supporting turns aplenty from Christopher Plummer’s amusing appearance as Danny’s sharp but well-meaning manager, and Jennifer Garner as the musician’s daughter-in-law.

Its evident where Danny Collins is heading from its early moments, but Fogelman loads his directorial debut with a heartfelt conviction and well-pitched humour, successfully brought to life through an outstanding performance from Pacino.

Verdict: Predictably scripted but with enough heart and conviction in the performances to enthral.