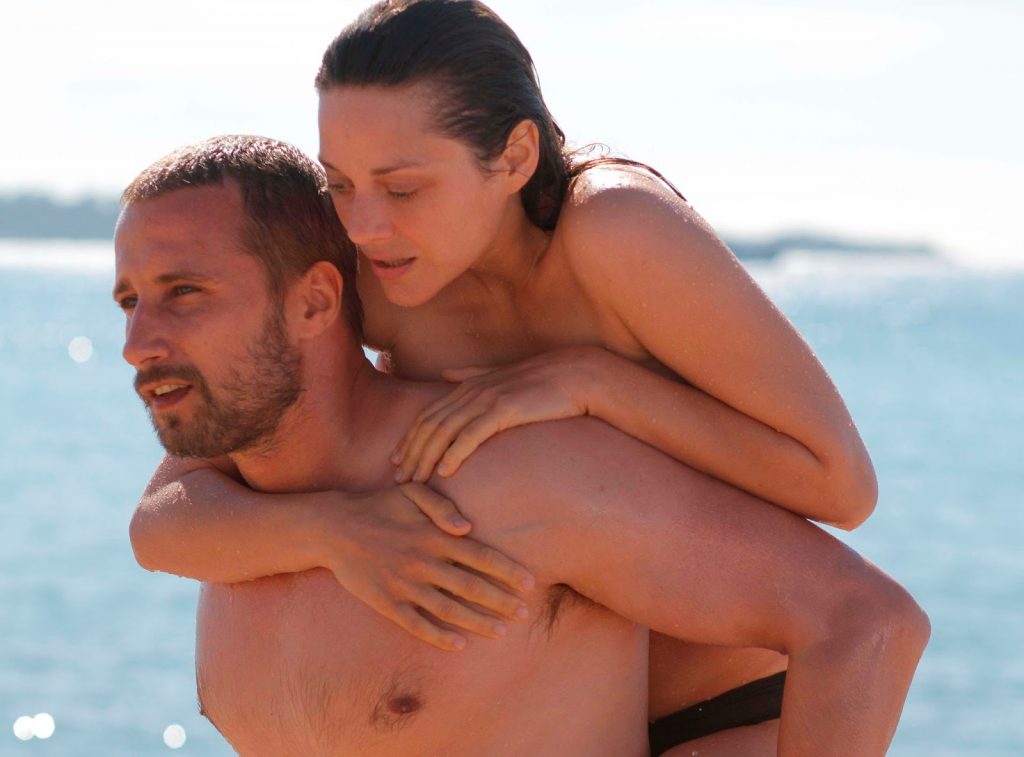 We’re sadly a few posts away from the conclusion of our Mad About Matthias season. Our latest post sees us look at Matthias’ masterpiece to date, the brutal yet tender and consistently devastating, Rust and Bone (De rouille et d’os).


Parisian auteur Jacques Audiard (Un prophète) became the further darling of the international cinema scene with this, his sixth feature film, Rust and Bone, which details the growing bond between an unemployed father, Alain (Schoenaerts), and Stéphanie (Marion Cotillard), a killer whale trainer – who is the victim of a terrible accident which sees her legs amputated.

Audiard’s melodrama is one of simmering intensity, found in both its often harrowing narrative and triumphant performances from its two leads. Combining a stark brutality, with almost featherweight gentility, Rust and Bone is a watch that aims for the emotions and hits hard. This tale of two lost souls finding each other provides the perfect narrative thread which unwinds to explore intimate connection and the unpredictability of the human emotional spectrum. Packed with dazzling visuals from cinematographer Stéphane Fontaine, Rust and Bone packs just as weighty a visual punch as a visceral emotional one.

Matthias falls into a similar character type to that of Jacky in Bullhead – he’s a mountain of pumped up muscle with a hard outer shell – seen through his often overly-harsh relationship with his young son and in his penchant for brutal bare-knuckle fighting, as well as his brief career as a bouncer (the sort you wouldn’t mind pinning you down). His bond with the isolated Stéphanie reveals a warmer, caring side as he steps up to help the physically damaged trainer. Cotillard is equally magnificent, in this empathetic turn with she and Audiard delving into the psychological struggles triggered by Stephanie’s condition. Her isolation and frustration are eased by Alain, with the gradual bond between this pair of lost souls proving truly emotionally investing –  Audiard refreshingly handles this without gushing sentimentality.

There’s many a magnificent scene here from the harsh brutality of Alain’s fighting career to the inspired sequences featuring Stephanie attempting to recreate her Katy Perry’s Firework soundtracked-training numbers. The range of emotions Audiard plays with is endearing with gentle heartwarming sequences like the pair’s first outing on the beach, to one of Rust and Bone’s harrowing final scenes with Alain and his son in peril at a frozen lake. Romantic scenes between Alain and Stephanie are titillating (especially when Little Matty comes out to play) yet emotionally weighty, whilst there is light-hearted pleasure to be found in seeing Matthias dancing to Lykke Li’s I Follow Rivers.


We’ll back with our look at The Loft (2014). We’ll follow this with Blood Ties, then ultimately a look at Matthias’s most recent flicks (The Drop, A Little Chaos, Suite Francaise, and Far From the Madding Crowd, which will all be bulked into one as we’ve already got full reviews on the site).