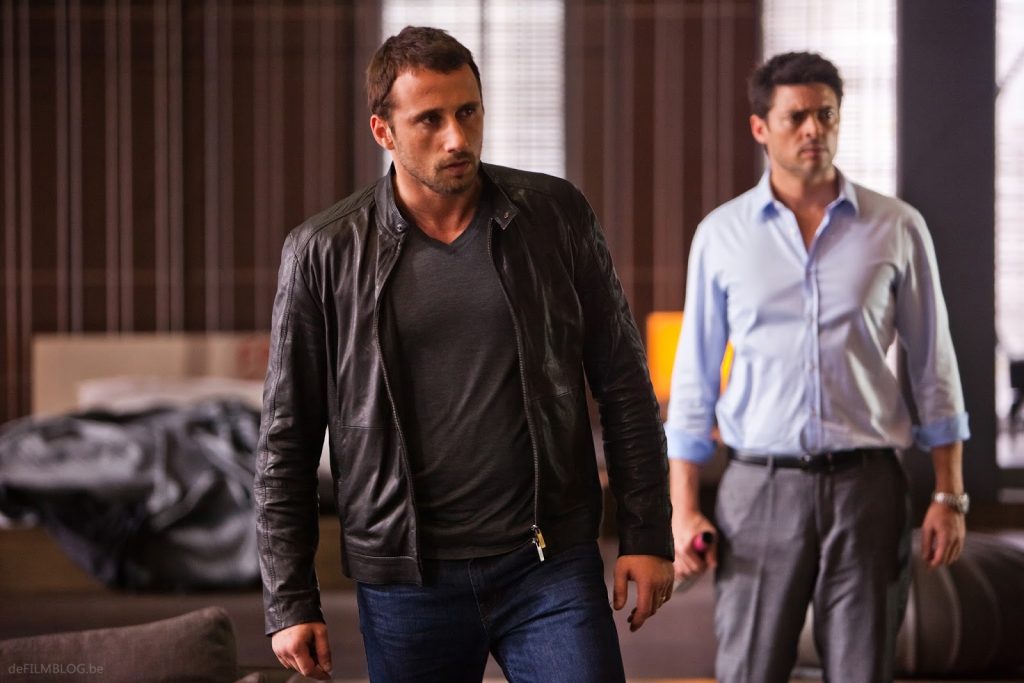 Back in 2008 Belgian thriller, Loft, became one of the country’s highest ever grossing home productions – despite being flat out mediocre. Seven years on, original director Erik Van Looy remakes his film for US audiences and assembles an all-star cast in the process. Sadly this fails to make any improvement on its predecessor, instead opting for a near scene for scene remake.

The Loft sees five friends agree to share a penthouse loft apartment so they can conduct their extra-marital affairs with complete discretion. However, when the body of a murdered young woman is found bloodied and cuffed to the bed, the five cheaters turn on each other.

Original writer Bart De Pauw’s screenplay was packed with increasingly outlandish twists, contrivances, and character backstabbing. It’s unclear what new co-writer Wesley Strick has added to proceedings (other than obvious English translation), with the narrative of The Loft remaining as convoluted and obnoxious as the original. This is hugely disappointing as the remake was a chance to fix the issues that plagued the first – but instead this one feels like a student turning in the same essay twice, hoping their teacher won’t notice.

One of the key issues with The Loft is the misogynistic nastiness of its central characters. Each shows no remorse or thought for their own spouses (who seem perfectly pleasant), instead relishing every chance they get to cheat. A narrative with characters these emotionally grubby could sustain had this been a titillating erotic thriller – but like the soulless decor of the titular apartment, Looy’s tame direction is drab, drab, drab and lacks the faintest hint of eroticism. With characters so obnoxious, it’s hard to invest emotionally in any of them so we ultimately have no interest in the outcome here. Cringe inducing dialogue like “We’re in this together, we’ll get out of this together – because, we’re friends” only adds to the general sense of embarrassment floating around here.

In terms of characterisation Wentworth Miller is too obviously ‘dodgy’ with little depth to play with here. James Marsden is capable of far better, with his usual charm being lost in a role with no personality. Eric Stonestreet feels miscast as the over-sleazy Marty, and Matthias Schoenaerts feels like he’s phoning it in (well he is reprising the exact same role as he did in the Flemish production – you can’t blame the guy). Karl Urban fares slightly better, playing the sole character with any slight-depth or grit – albeit far from his finest moment.

Taken from my The People’s Movies review.