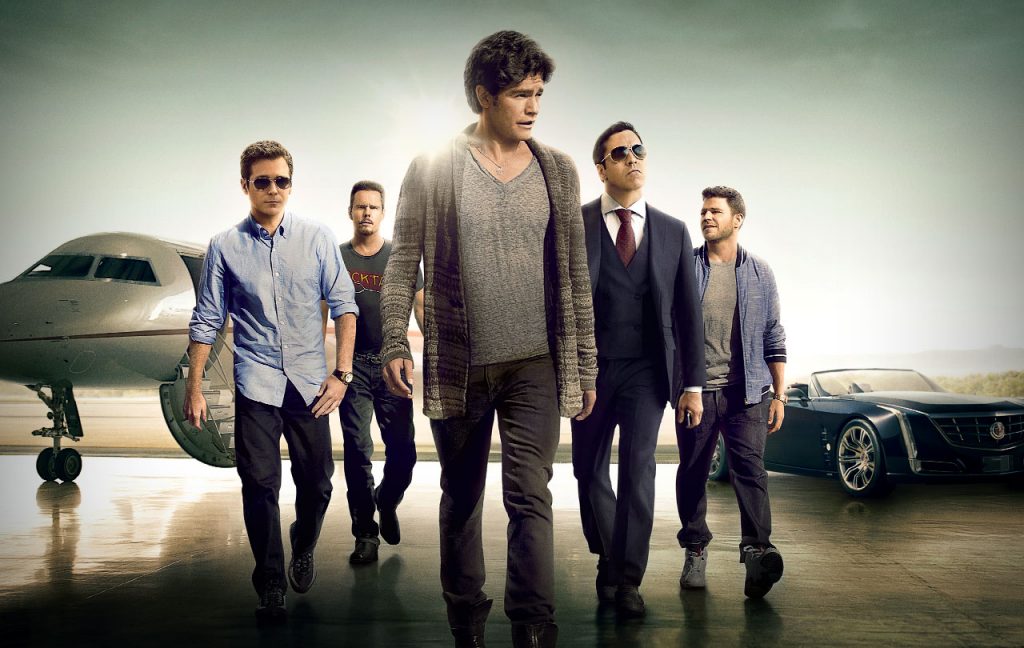 As someone whose only experience of HBO’s Entourage was watching the debut episode of the series the night before the press screening, I can’t say I was particularly excited to see 2015’s big screen follow-up. I had, however, hoped that this might be good enough to trigger my interest to watch the rest of the series. It hasn’t.

Series creator Doug Ellin directs this series continuation which follows Hollywood star Vince Chase (Adrian Grenier) as he attempts to direct his first feature with the support of his loyal entourage.

Presumably if you’ve persevered and enjoyed the eight seasons of the television show, you will find much to revel in during this big screen update. Otherwise there is no real reason to see it, unless you enjoy tales about chauvinistic misogynists navigating through the seedy excesses of fame with a few limp celebrity cameos chucked in for good measure. Entourage’s humour is nauseatingly “bro-centric” so expect a barrage of gags and banter revolving around “banging chicks” and such, which barely even raises so much as a titter. The level of humour is best encapsulated in the trailer where we see Kevin Dillon’s troglodytic-mannered Drama note: ‘It’s like if a girl asks if you want to bang her hot sister, of course you say no. Neither of you really believe you mean it though.’ Quite.

When making the jump from television to film, you might expect the narrative scope or production scale of Entourage to increase – but we’re still left with an arc that feels like it was made for TV. This extended episode only really revolves around investor Larsen McCredle (Billy Bob Thornton)’s sneering son (played by an out of place Haley Joel Osment) attempting to gain control of Chase’s film. Most of the budget seems to have been spent on the clip for Chase’s film within the film about a Jekyll and Hyde themed DJ (which looks truly atrocious). With this basic narrative much of the film feels like padding detailing the sex lives or petty crises of our central bros – with the odd cameo dropped in.

Whilst Adrian Grenier’s Vincent is probably the most likeable of the gang, the actor doesn’t convince as the A List box office star that he’s presented as, ultimately feeling too genteel to embrace the garish Hollywood lifestyle he’s meant to. Dillon’s Drama and Jerry Ferrara’s Turtle irritate as their respective characters who think solely with their genitals, whilst Kevin Connolly’s E leaves little impression. Jeremy Piven fares the best of the original crew and packs enough humorous ferocity into his reprising turn as Ari Gold to ensure that he remains a fan favourite. Wooden supporting turns from Ronda Rousey and Osment furthers the stilted and lethargic nature of Entourage.

Fans of the series are bound to find enjoyment here, but casual viewers have nothing to gain from seeing Entourage.