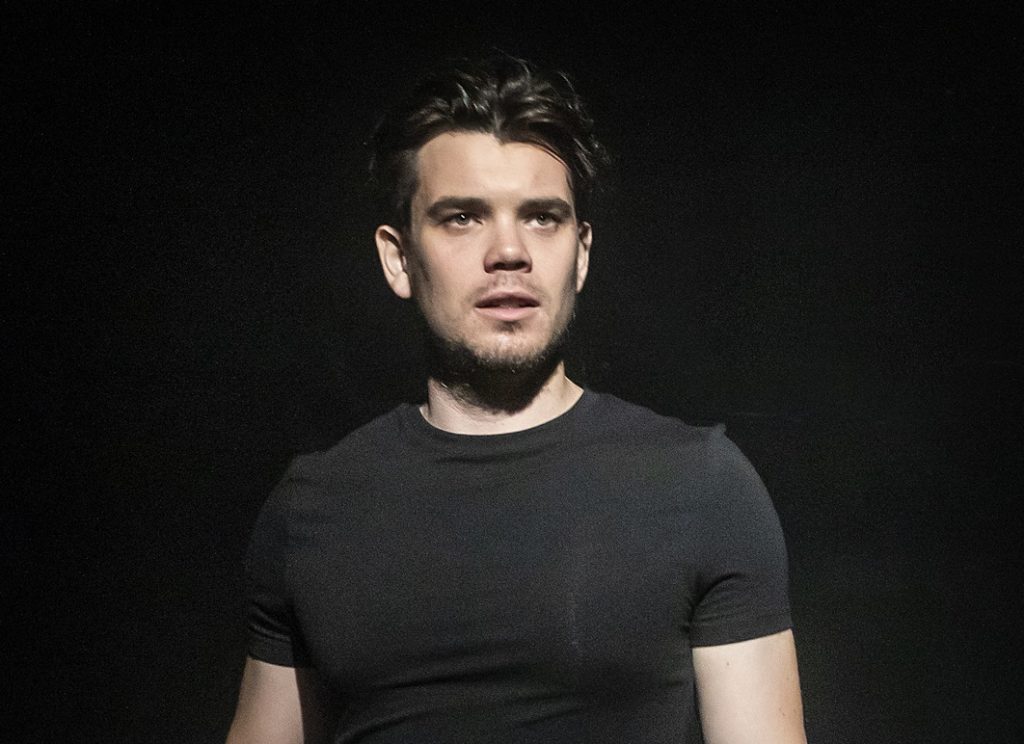 Writer and performer Alex Gwyther’s Ripped plays the Edinburgh Festival Fringe and explores the concepts of gender performativity and trauma (with clear elements of crossover) amongst men. A blistering central performance from Gwyther and a bold narrative ensures that Ripped is a hard-hitting theatrical experience.

After moving away from home Jamie changes his name to Jack (“it’s more masculine”) and sets on transforming his body to a more muscular physique. He befriends Max at the gym and begins to embrace what he perceives to be a more laddish life – heavy-drinking, drugs and attempting to score girls becomes his sole focus. However Jack cannot escape the trauma of a sexual assault which haunts him.

This one-man play explores the debilitating effect that this trauma has on Jamie. Viewing his attack as a result of him not being able to protect himself, Jamie follows a self-destructive path of becoming someone who he thinks society wants him to be. Gwyther’s intelligent performance explores the façade built by Jamie as he attempts to become alpha-male and how his perceptions have twisted as a result of his attack, warping his thoughts on masculinity in both himself and others. Whilst Gwyther’s performance can find rare moments of humour in Jamie’s falseness in his adoption of these newfound laddish traits, it is an engrossing character study on the effects of trauma.

Gwyther’s narrative cleverly drip-feeds moments from Jamie’s past alongside the present narrative – his relationship with old pal Sam (now not masculine enough due to his presence on the evening of the attack) to the moments leading up to his attack. Jamie’s relaxed earlier demeanour is juxtaposed with his new faux-alpha-male persona highlighting the bold contrast in Jamie pre and post attack. Jamie is now overwhelmed in social situations with this desperation to be perceived as alpha twisting his sensibilities.

This is a man on the run, broken by his attack – something that has an eerie prevalence over the narrative with continued references to ‘spiders crawling up’ Jamie’s legs. This encapsulates the sheer psychological trauma weighing Jamie down with an uncomfortable harshness. Director Max Lindsay crafts a claustrophobic atmosphere with the Edinburgh Cowgate venue actually resembling something of a darkened tunnel (perhaps coincidentally).

Ripped is a dark, highly-emotive piece of theatre. Alex Gwyther has crafted a pressing and hard-hitting exploration of trauma and performativity which he explores with a fiery intensity and truly impressive complexity.

★★★★
Tickets for Ripped are available on the EdFringe website.