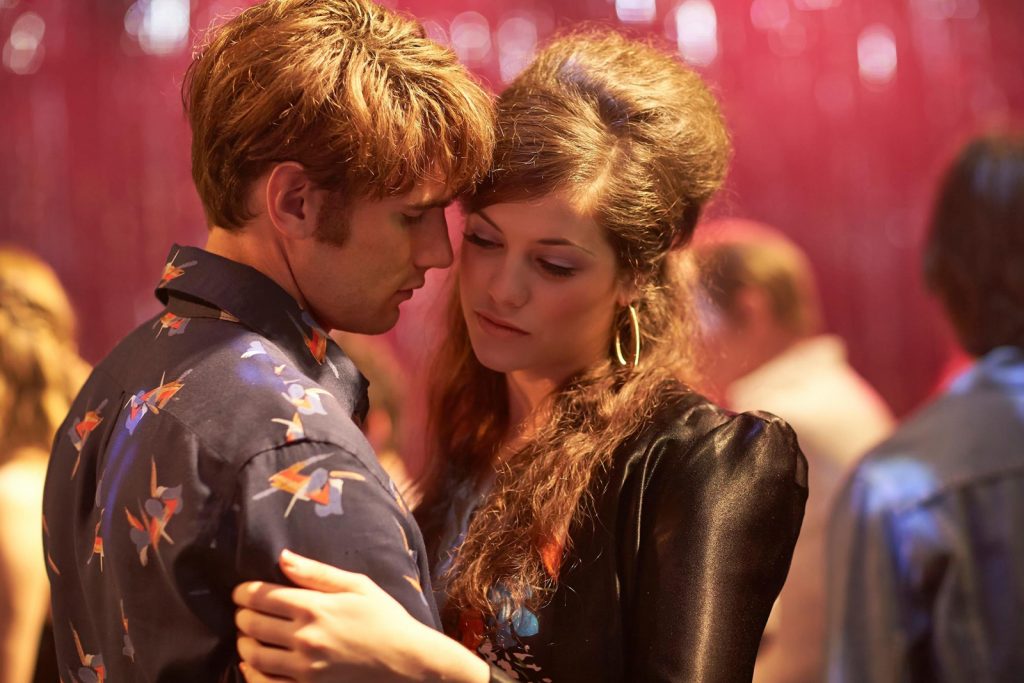 From the onset it seems evident in which direction Tony Ayres’ Australian crime thriller Cut Snake is heading – and you would probably be right in predicting the film’s conclusion. However, in getting there Ayres presents some innovative twists and narrative substance that proves engaging throughout.

Blake Ayshford’s screenplay takes place in 1970’s Australia where Sparra Farrell (Alex Russell) is going straight after spending time in prison and is settling down with girlfriend Paula (Jessica De Gouw). However, the arrival of Sparra’s old prison cellmate Pommie (Sullivan Stapleton) draws him back into the criminal world and brings some complicated feelings back to the forefront of Sparra’s life.

As soon as we see the antagonistic Pommie reunited with Sparra we know that Cut Snake will take on the traditional narrative path of questioning whether someone gone straight will revert back to a life of crime. Whilst this is the basic trajectory of Ayshford’s tale, the writer injects it with some fascinating twists that challenge the expectations of the period crime film. In these twists Cut Snake provides some fascinating food for thought surrounding gender roles and the concept of masculinity – particularly in the blurred lines between machismo and homoeroticism.

Place these constructs within the heart of a seventies-set crime tale and you have a watch that feels edgier and fresher than the average genre fare. As well as this narrative twist, there are also several wonderful set-pieces impeccably shot with an evocative and suitably tense atmosphere by director Ayres. Multiple raids on a nightclub and the gritty aftermath of this crime make up most of the action scenes, with Ayres often capturing a hard-boiled, clammy edge in this violent and gritty picture. This hyper-masculinity (seen through aggressive fights and chest-puffing) makes Ayshford’s twist all the more fascinating, whilst giving these action scenes an emotional depth.

There’s a lead performance brimming with ferocity from Sullivan Stapleton who sways between rough diamond charm and heightened bouts of aggression. Yet there is a vulnerable side to Pommie that Stapleton excellently taps into in the latter half of Cut Snake which makes a fascinating dichotomy with his nasty brawler persona. Alex Russell brings a boyish charm to the fold and provides an enigmatic quality – we’re never sure if Sparra’s motivations and emotions are genuine – whether with fiancé Paula or old prison buddy Pommie. Jessica De Gouw is equally sensationally and captures a tough emotional depth in this role of a spouse finding out revelations about her apparently straight-laced partner.

Cut Snake may veer into conventionality in its final sequence, but it provides us with enough originality through its game-changing narrative shifts to ensure we stay engaged throughout. This is a stirring piece of Australian cinema.